Palm Springs Air Museum Puts a Piece of History Back Together 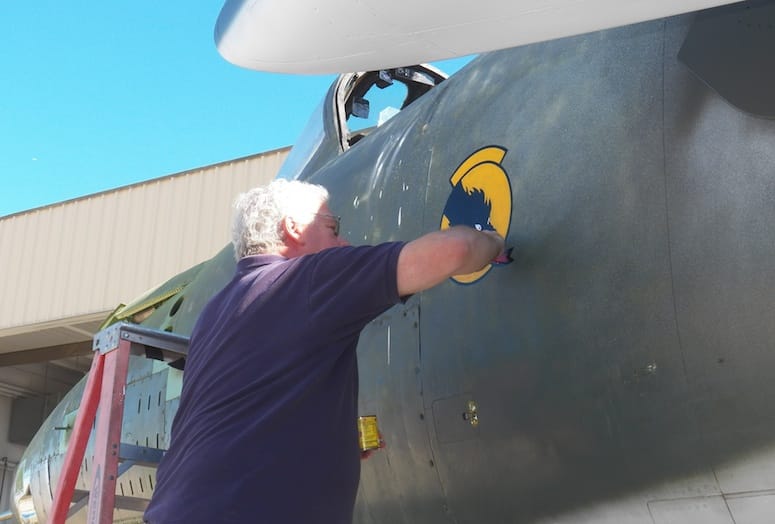 When the Palm Springs Air Museum discovered the U.S. Air Force was scheduled to scrap an F-105, the largest fighter planes our country ever produced, they scrambled to salvage it.

A team of mechanics, including the museum’s education coordinator, Greg Kinney, headed to Lackland Air Force Base in San Antonio, Texas, on a mission to save the aircraft.

“The F-105 was brought into service as a World War II era fighter striker bomber, which served through the Vietnam era,” says Kinney. “This workhorse was used for low-level attacks during missions, and was often close to the ground. Due to its size and vulnerability, the F-105 was an easy target and suffered tremendous losses in both aircraft and human life.”

Once dismantled and loaded on trucks, the team brought the “fighter” back to the museum for restoration, and has been busy putting it back together in time for the museum’s 17th anniversary celebration Nov. 9. •  A musical performance by the “Heatwave” band from the Boys and Girls Club Coachella Valley from 10a.m. to 1 p.m.

•  The unveiling and dedication of the F-105 with distinguished guests.

This commemoration of the F-105 will include recognizing Colonel Tom Kirk and Colonel Gordon Jenkins, who live locally and both piloted this type of plane. Their names will be placed on each side of the “canopy rail” along with squadron markings to honor the military personnel who served and flew the F-105 in combat.

In addition, the museum will have also have flight exhibitions (pending pilot availability) at their adjoining airstrip on-site. Witness the skill and mastery of the:

The Palm Springs Air Museum includes an interactive children’s area where kids can touch and feel displays. Guests can also explore the extensive library on the second floor.