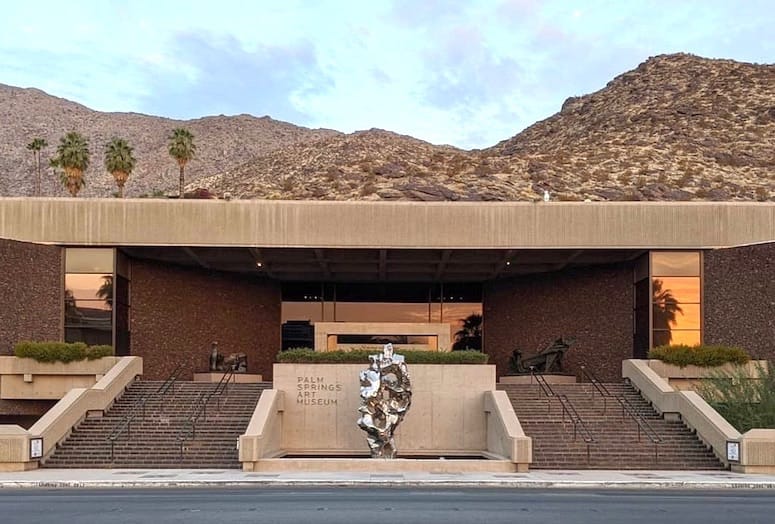 The opportunity to expand their audience base to other states and even other countries through virtual programming will guide the arts, culture, and entertainment scene in the Coachella Valley for the foreseeable future as the coronavirus pandemic continues to play out.

Representatives from the Palm Springs Art Museum, Modernism Week, and Coachella Valley Repertory (CVRep), recently detailed how they have been navigating the new normal of COVID-19 and the impact it has as they chart their programing schedules over the next several months. The discussion took place during the third webisode of “The Economic Future of the Coachella Valley” series.

The nine-part webinar series is a Palm Springs Life event in partnership with the Coachella Valley Economic Partnership and SBEMP Attorneys, and sponsored by Timo’s Air Conditioning and Heating.

• REGISTER: Webisode 4 and future discussions in the series, visit palmspringslife.com/our-events. You can also view Webisode 2 on Health, Medicine and Wellness on the Palm Springs Life YouTube page.

In Webisode 3, Louis Grachos, executive director of the Palm Springs Art Museum, said upcoming programming to coincide with the venue’s opening in mid-to-late November will include an exhibition featuring Agnes Pelton’s work, a powerful painter who made her home in Cathedral City starting in the 1930s. In addition, the museum will highlight its permanent collection in a way not seen before in place of touring art exhibitions.

“We just can’t afford that,” says Grachos, noting the museum’s operating budget has been trimmed from $11 million to $6.5 million. “However, our museum, unlike many other regional museums, has a terrific permanent collection that is all about exploring and rediscovering.”

The museum and its Architecture and Design Center will open at the same time with limited attendance and pandemic practices in place such as social distancing, masks, and hand sanitizer. The Galen in Palm Desert will not have programming, but the outdoor Sarkowsky Sculpture Park will continue.

Grachos can’t underscore enough the importance to maintain contact between the art and its audience. “I think nothing replaces standing in front of an art object or experiencing an installation,” Grachos says. “You really can’t substitute that. It’s vital to the human experience.”

Modernism Week is confronting the same issue of creating opportunities for people to still interact with the architecture, yet virtually.
The Fall Preview, which opens Oct. 15, features six virtual events (video home tours and films) and one Zoom live party. Modernism Week in February will likely be scaled down from the 350 events in 2020 and contain a mix of virtual and live.

Modernism Week CEO Chris Mobley looks forward to tracking the public’s interest level in the Fall Preview menu. “We can look at the data coming in from each of those programs to see which one sold the best, which one had the best attendance, and which one was favorable to people coming in,” he says.

The Fall Preview will also allow the virtual events to be recorded and made part of year-round programming. “We could probably post them on our website going forward so that people can always experience a home tour in Palm Springs,” Mobley says. “Creating a more of a year-round program has always been something Modernism Week has wanted to do here, but the pandemic has forced us into doing that, pretty much on maybe a monthly basis going forward.”

CVRep jumped into the virtual realm quickly after the shutdown, posting Zoom events starting in April that have led to a weekly Theatre Thursday program with performances, speakers, and interviews with actors. The hope of producing a live play is still in the future for now, but CVRep founding artistic director Ron Celona says steps have been taken to create programming for Cathedral City’s outdoor amphitheater.

“We originally thought of doing the full-length plays outside, but the cost was prohibitable,” CVelona says. “The plan is to present a Latinx series, jazz, cabaret, a Shakespeare in the Park program, and our youth outreach program outside.”

Staffing those outdoor events may mean recruiting a younger base of volunteers. Since the pandemic, seniors have been reluctant to fill their normal spots due to exposing themselves to the virus. “We’re hoping that getting a younger volunteer base from the high school and College of the Desert might be helpful to deal with this situation,” Celona says.