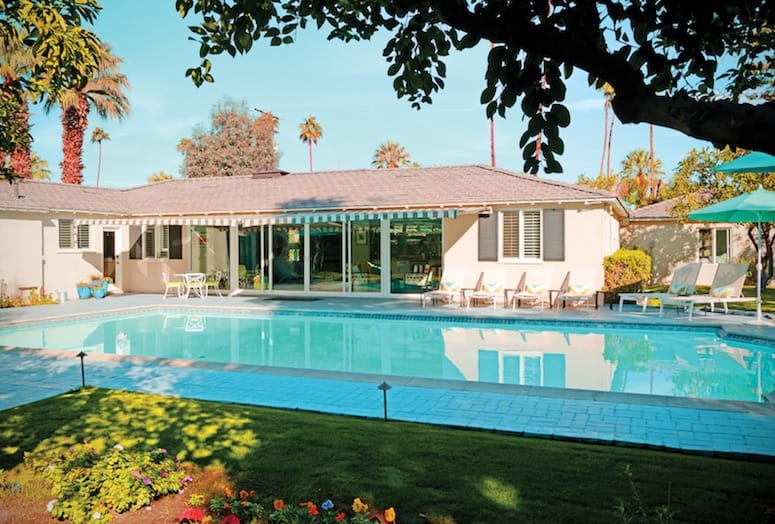 The former home of Bob Hope on East Alameda in Palm Springs.
PHOTOGRAPHS BY DAN CHAVKIN

Bob Hope loved Palm Springs. And he loved making fun of Palm Springs. One of his oft-repeated gags was “I just bought an $18,000 home in Palm Springs ... and it only cost me $65,000.” Hope’s first home in town, just a few blocks away on Buena Vista Street near Ruth Hardy Park in the Movie Colony, was a quaint little Spanish revival that he and Dolores called the “Honeymoon Cottage.” Of course, neither of these homes holds a candle to the one John Lautner designed for the Hopes on Southridge, an extraordinary example of modernist architecture in a valley full of them. When he saw Lautner’s plans, Hope reportedly remarked, “Well, if the Martians ever land here, at least they’ll know where to go.” 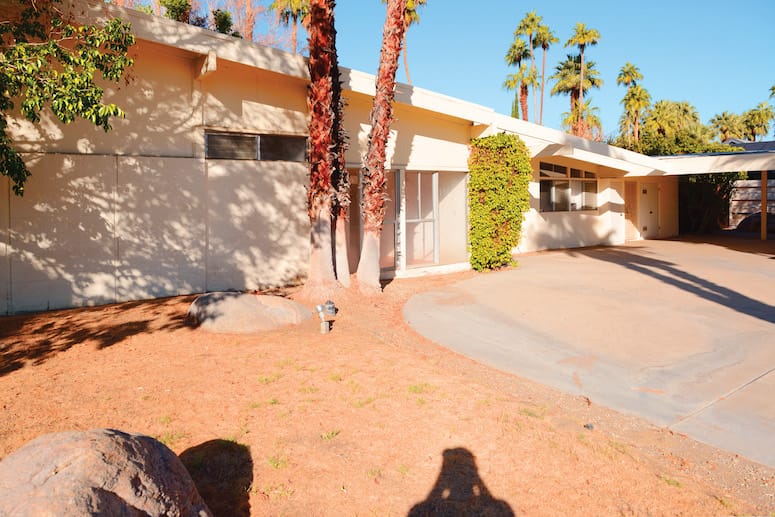 Dean Martin’s Vista Las Palmas property was one of the last built by the father-and-son team of George and Robert Alexander before they and other family members died in a plane crash. Because of the home’s visibility from the street, it has been a favorite on celebrity tours since the Martins moved in. The Martin grandkids took advantage of the steady stream of visitors and set up a lemonade stand at the end of the driveway. The deed was transfered to his second wife, Jeanne, after they divorced in 1973. 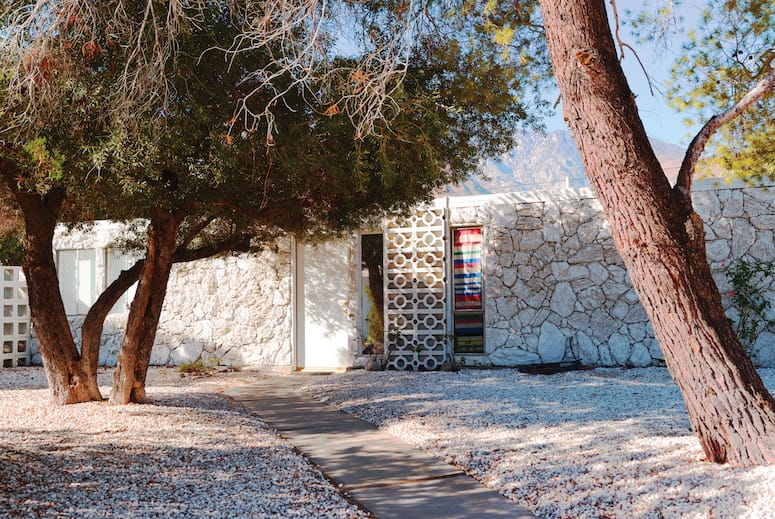 Long before he moved into his stunning Hugh Kaptur–designed home in Southridge,  Steve McQueen and his first wife, Neile Adams, hid out from Hollywood in this cozy little Racquet Club Estates bungalow. In 1963, Life magazine photographer John Dominis spent three weeks documenting the couple’s life here, including following them out to the desert, where they shot pistols; hanging out with them in the evenings while they played jazz on their portable phonograph and danced; and lounging around their pool. 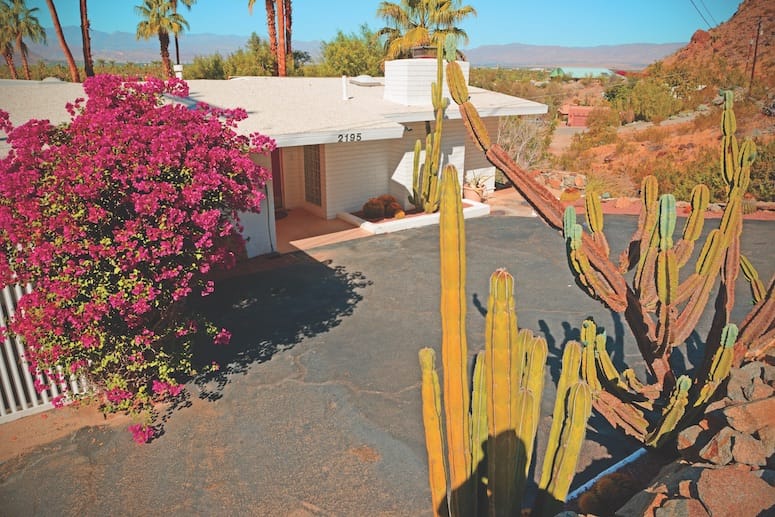 Because of his legendary reclusiveness, it is unclear if the billionaire spent much time at his Araby Cove estate (just a stone’s drop from Bob Hope’s and Steve McQueen’s Southridge homes). But other celebrities have occupied or spent time there, including Eva Gabor and producer Robert Evans. With sweeping, 180-degree views, this midcentury gem spent many years as a pricey rental before it went back on the market in 2016 for $1.2 million. 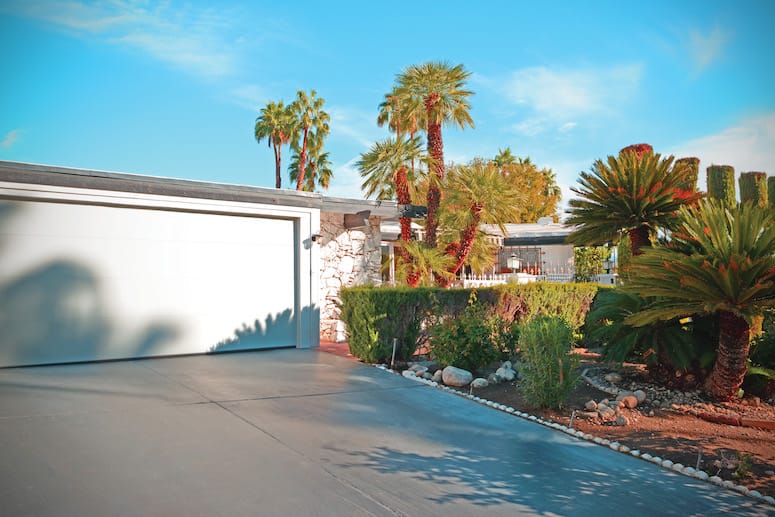 Conspiracy theorists love to speculate whether it is by coincidence or by design that Monroe’s house sits only a few doors away from that of actor Peter Lawford, onetime brother-in-law of President John F. Kennedy. If all the reports of their trysts were true, it’s doubtful they would have had time for much else in the early ’60s. Surrounded at one time by many other celebrities’ houses, the home is stylishly midcentury without being overly lavish. 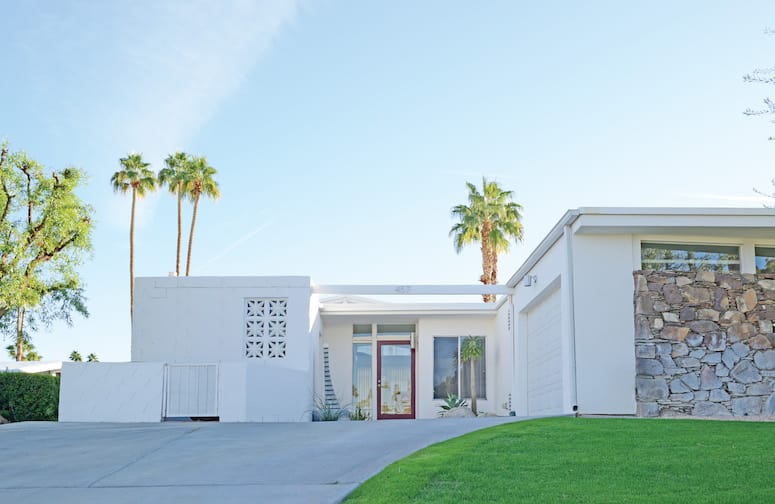 The Winnipeg-born Hall became one of the most famous game show hosts of all time with Let’s Make a Deal. He even became a mathematical equation with the “Monty Hall problem.” Supposedly, Hall and his wife made the decision to buy in the desert because plans to go to Mexico for a vacation had fallen through, and their Malibu house was being used by a recently divorced friend. Hall reportedly told his wife that they should just go down to the desert and buy something. Hall died last year at the age of 96. 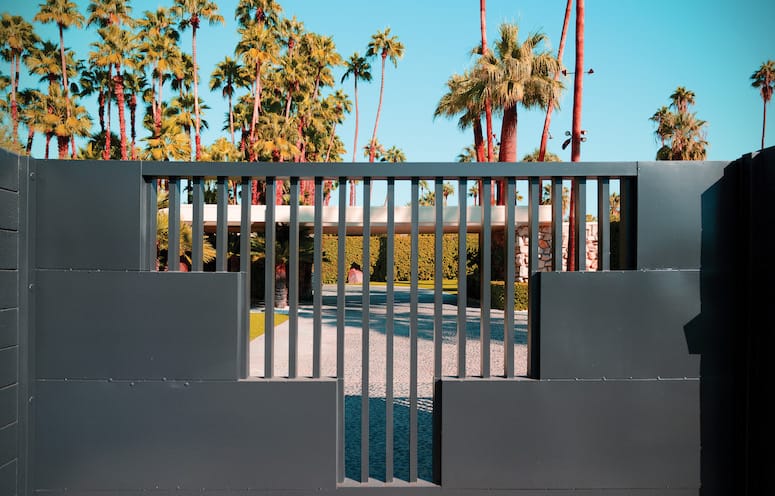 Robinson was known for playing gangsters and tough guys in many of the 100-plus films he  made in his 50-year career, but in real life, the Romanian-born actor was a liberal Democrat, highly cultured (he spoke seven languages), and a passionate art collector. His Las Palmas home,  designed by A. Quincy Jones, has three bedrooms and six bathrooms. Because he hated exercise and could not swim, Robinson had the pool at his Beverly Hills home filled in and covered with  an art gallery; perhaps in deference to the climate and the realities of resale value, he allowed a pool to be built on this desert property. 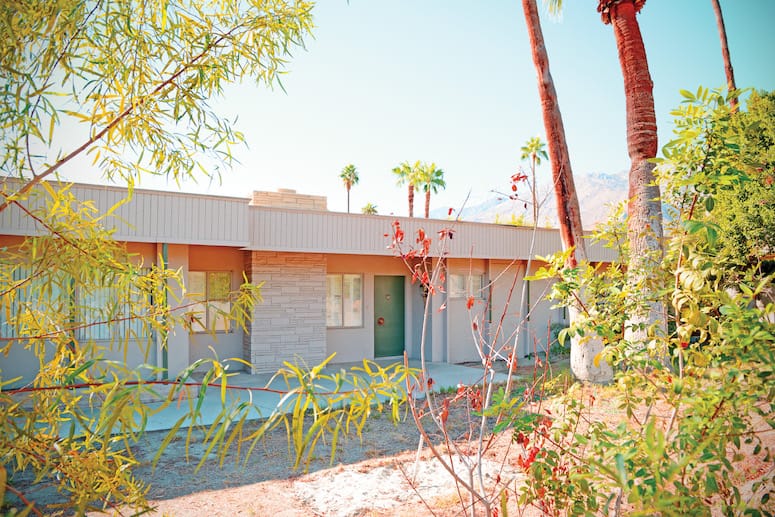 The celebrated author of Breakfast at Tiffany’s and In Cold Blood rented this Movie Colony home and then purchased it when he decided to spend more time in Palm Springs. Capote hosted large  lunch and dinner parties that were attended by the biggest socialites of the day, including Slim Keith, Babe Paley, and Walter and Leonore Annenberg.