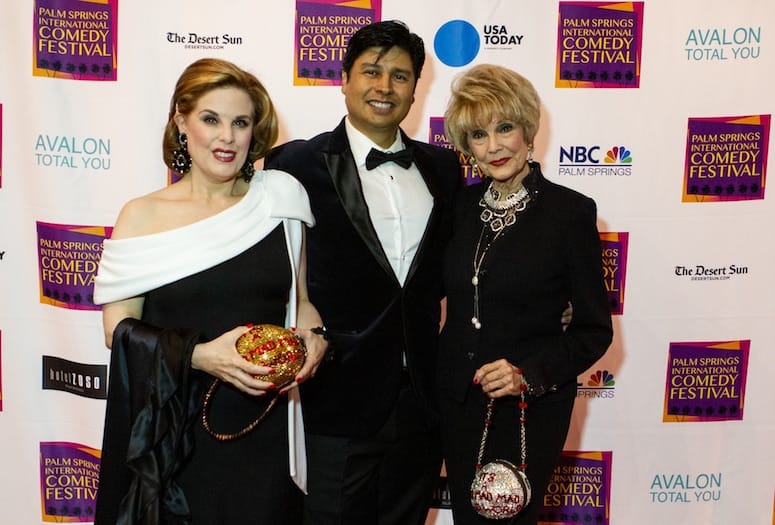 The Palm Springs International Comedy Festival, which opened in 2018 with a bang by saluting the talents of Kathy Griffin and Illeana Douglas, will take place virtually in 2020, October 11- 18.

Comedians from around the world will have the chance to showcase their talent from any country – enabling all participants to obtain exposure, expand their fan base, and social media engagement.  Stand-up submissions are open until Sept. 15.

“We are looking for exceptional talent in all areas of comedy who deserve this unprecedented virtual stage to break out,” says PSICF Director Paul Cruz. “The possibilities from this festival, whether it be a comedian, a TV show or a film are unlimited.  We are passionately committed to discovering the most incredible talent – we are already receiving submissions from all over the world!”

The festival will have competitions in the following categories: Stand-up, Improv, Sketch, Feature Film, Short Film, TV Pilot, Web Series, Animation, and Music – all of which will be judged by a panel of accomplished industry influencers and creatives with the winners receiving awards and cash prizes.

Fans will be able to see all the winners and celebrities accept their awards online for free, and vote for PSICF Fan Favorite winners in Film, TV, Streaming and Social Media categories.

Tickets will range from $10 for an All Day Pass to $40 for a VIP All Access Pass good for the entire week. Visit the PSICF website and register to be notified about a limited amount of “Early Bird Discounted Tickets” that will be available and even a chance to win a free VIP All Access pass.

And by purchasing a ticket, the audience at home will have the opportunity to vote for their favorite stand-up comedian. The winner of that specific show with the most audience votes will then get to move on to compete against audience favorites from other shows in the ‘Audience Favorite Competition Show Grand Finale’ for a chance to win the ‘PSICF Audience Favorite Award’ and a $500.00 cash prize.

Founding board members Kat Kramer and Karen Sharpe Kramer, the family of the legendary Oscar Award winning director Stanley Kramer, will be handing out the “Stanley Kramer Mad World Comedy Award for Best in Comedy Directing.” Stanley Kramer directed some of the most iconic, award winning films including the star studded comedy blockbuster, It’s A Mad, Mad, Mad, Mad World, which was filmed largely in Greater Palm Springs.