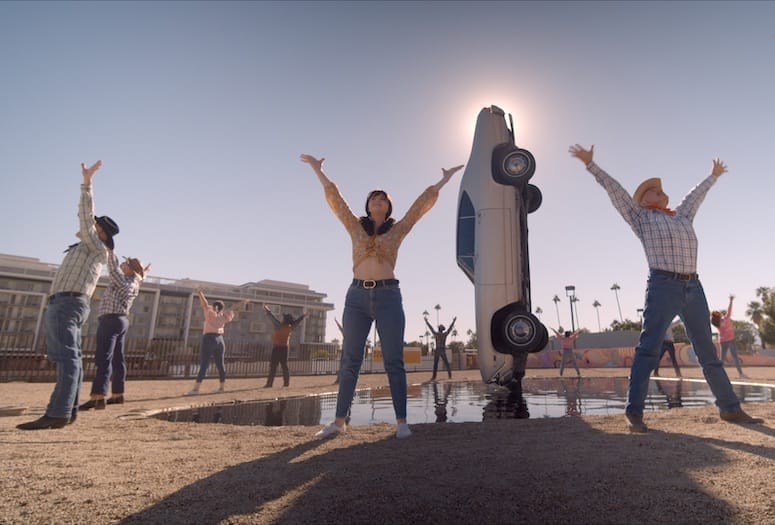 You will see familiar locations throughout the city of Palm Springs when The Anniversary screens in a celebration of both the city and dance.
PHOTOGRAPHS COURTESY THE PALM SPRINGS DANCE PROJECT

It’s the perfect marriage. Dancing and Palm Springs. Both strong visuals that together have helped create a unique feature film, The Anniversary – The Palm Springs Dance Project, set to screen March 2 at the Annenberg Theater followed by a Q&A with the filmmakers.

There are no speaking parts in the film, and yet it fulfills the premise the film’s creator, The Palm Springs Dance Project, set out to accomplish.

“One of the fundamentals of the Dance Project is community engagement and I wanted to make sure we did all we could to continue to branch outwardly,” says first-year artistic director and curator, Stephen Agisilaou. “The film was an opportunity to have many new voices join the project, giving everyone an exciting creative opportunity to collaborate on that and when finished wouldn’t just be seen locally but all over the world.” 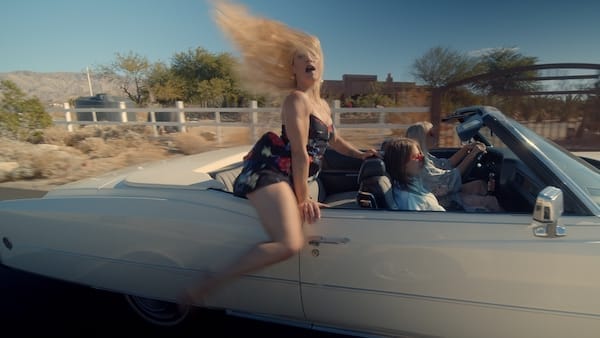 Film director Stephen Agisilaou says this dance scene with Caitlyn Wheeler is "one of the standouts in the film."
Six years ago, Agisilaou made his directorial debut producing a dance film in New York City, but that’s where the similarities to Palm Springs Dance Project end. “It was a short film with two dancers, and we shot it just on one location,” Agisilaou says. “This was a bigger project than I'd done on film, a more professional project. I learned a lot from that. I really love when things are over-the-top and fun. We've created an independent film. I think the scale of how we've approached it is going to be quite effervescent and grand.”

Agisilaou chats further with Palm Springs Life about the film, its inspiration, the challenges, and what is the film’s future.

What was the inspiration for the film?

Dance on film has become such a phenomenon recently and as a director I always approach dance from the perspective of storytelling. All of my live theater pieces have incorporated elements that parallel cinema. whether it’s through the storytelling or a specific visual, I really enjoy the grandeur that comes from film and cinema. So when we didn’t know if theaters would be open due to Covid we decided to go in the direction of a film for the upcoming season. This would give us flexibility should restrictions have come back into play.

What was the length of time from when the project began to when the film was finished?

We've been discussing it since late 2020. We were developing it all through 2021, then we filmed it October and November 2021. I've been editing, and calibrating, since we finished filming at the end of November 2021. It's been a few months of editing now. 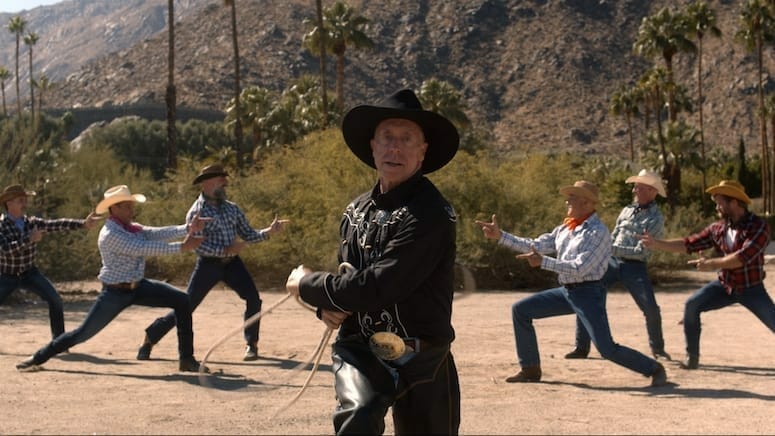 Doug Graham brought his adult ensemble to the film, sometimes numbering 17 dancers at one location.

What were some of the challenges you had to overcome to make the film?

I never want to work against the organic process. I always like to indulge in what's in front of me. I'm very open to different forms of creating, and when you're understanding the artists and you understand the project very well, it's very easy to be open to anything that might come up.

Most of the challenges were probably COVID-related scenarios, things that the producers were dealing with. I'm very lucky that I was in writing, directing, and living that existence.  We were very fortunate that we shot outdoors a lot, so we could social distance. We wore our masks, and when we said action, people would take their masks off. We also got tested regularly to make sure everyone is safe.

We have a parade scene that we really wanted to be in the middle of the road, but we didn't think we could accomplish that. That happened during Pride week, and they closed off Palm Canyon Drive to paint the street. I ran and had a look at the street and it was closed off, and I just said, "Get the whole cast here. Let's shoot the parade scene right now." That worked out in our favor, and, in the song that we used for that number, he says, "Do you see that parade? Do you hear that parade coming down Palm Canyon drive?" He references the street, so that worked out great. 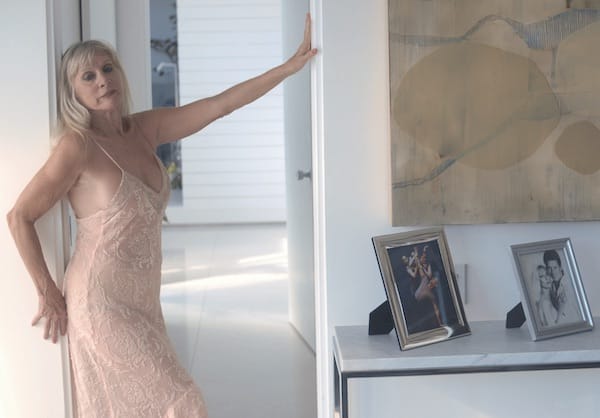 Shea New, who has run The Choreography Festival at the McCallum Theatre for 20+ years, has several scenes in The Anniversary.

Why was it important to include dancers like Shea New, Doug Graham, and the cameo by Caitlyn Wheeler?

When I started chatting to Shea, the idea was that we'll get her in, and she can be in a scene. Then, when I started Skyping with her and getting to know her, I found her fascinating. I continued working on the creative development of the film. I spoke with her like a few weeks later, and said, "Well, things have changed. You're now the main lead of the film. I based the whole thing around you, and you're going to be needed for three weeks of shooting."

She said she couldn't believe it. I just clicked with her, and she was on-board. I had weekly creative development character meetings with Shea for a few months.

Caitlin danced for me back in Australia at the Vertical Shadow Dance Company. She's a very old friend. She lives in Los Angeles now and is a producer and director. We did the Cadillac scene with her. It required someone very gutsy because I knew it was going to be a little dangerous. I didn't know anyone in Palm Springs who could do the scene. Her scene is one of the standouts of the film.

And there is this big scene choreographed by Doug with his ensemble of adult performers. We had a two-day shoot scheduled for them. We were jumping locations every 45 minutes. We'd go to one location, going to shoot 15 seconds here. Then we'd drive and go to another location with 17 dancers.

You plan to take the film on the film fest circuit. What is it about this film that will make it universally appealing?

It's an interesting niche category, because most film festivals that have a dance component it’s for a short dance film. Usually 5 to 10 minutes, 20 minutes is the max. Once you go over that, you are entering the feature film category. It will be interesting to see how it's received and how it travels. Our main objective was to bring the community together. We wanted to make sure that artists feel supported and utilized for their strengths.

Could we see the film at the Palm Springs International Film Fest next year?

We would adore that. I've seen films at the film festival in the past, and it's such a beautiful curated festival. It is such a big moment for the town every year. It would be spectacular to have the anniversary feature at the Palm Springs International Film Fest.

What is the state of dance in the Coachella Valley? Do you think it’s an overlooked art in the desert?

Shea New and what she's done at the McCallum Theatre with the Palm Desert Choreography Festival is incredible. The festival is going on over 20 years. Having anything last as long as she's made that last is incredible; it needs support. We're a baby organization currently. We have talks about the future, and just making sure that we're supporting dance. We have a sponsorship program and our scholarship program. When a child wins a scholarship, they get to choose what school they go to in the Coachella Valley. We're helping support dance, but we don't want to try and overpower all the people that have put in such incredible work. We want to support those people, and we want their support. That's how we see it. We want to make sure that everyone's thriving.

• READ NEXT: Marie Osmond to Introduce Her Operatic Voice to Desert Audience.