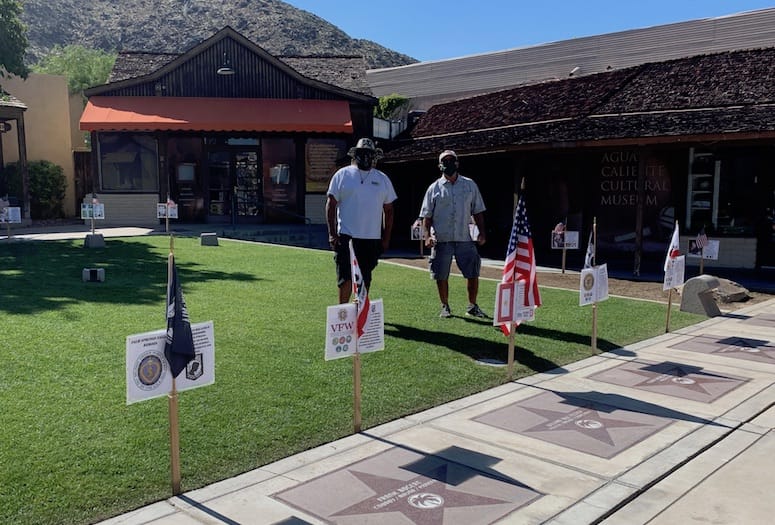 Pete Peterson and Randy Svoboda created this display at the Village Green in downtown Palm Springs to honor local servicemen. The display will run through May 31.
PHOTOGRAPH COURTESY PALM SPRINGS HISTORICAL SOCIETY

Lee Wilson Jr., a Marine veteran and Cathedral City High School history teacher, started the project in 2012 to honor two of his former students who were killed in action, PFC Ming Sun killed in Iraq in January 2007 and CWO2 Suresh Abayasekara Krause in Afghanistan in August 2012. Wilson’s mission soon morphed into honoring all of our local servicemen killed or missing in action.

Using the historical records from the Desert Sun, Ancestry and Find a Grave, and other open sources he pieced together the history of the fallen heroes. He learned a great deal about these men, whose story would have been lost to history. According to Wilson, “It all began with the Palm Springs American Legion Memorial Wall which lists the names of the 16 locals killed in World War Two. I began serving as the historian for the Palm Springs American Legion and was surprised that there were no records of these men and nobody knew anything about them. Now I spend my summers doing research, learning more of their stories and collecting information. I’ve even connected with many of their family members and descendants.”

Wilson has curated a permanent display at the Air Museum and found sponsors for banners that are displayed along Palm Canyon Drive during both the Memorial Day and Veterans Day holidays. This holiday with the help of Randy Svoboda (retired Palm Springs High School and Cathedral City High School teacher) and Pete Peterson, member of Owen Coffman American Legion Post 519, they set up temporary memorials at Patriot Park in Cathedral City and in the Village Green in Palm Springs. Please visit these sites to learn about these local heroes. 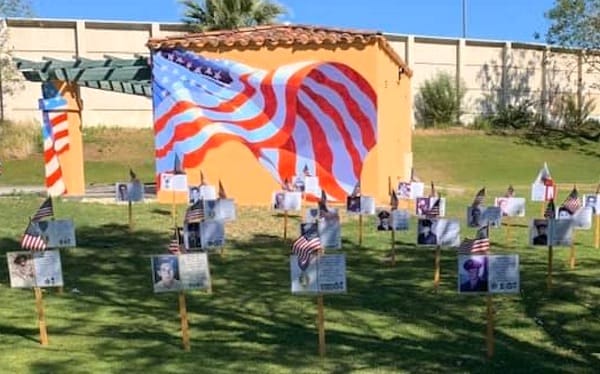 The Owen Coffman American Legion Post 519 will conduct a short Memorial Day ceremony at 11:30 a.m. May 25 in the post parking lot, 400 N. Belardo Road, in Palm Springs. The Color Guard will present the colors at noon, followed by a 21-gun salute and a bagpiper will play taps. Attendees are asked to wear masks and maintain social distancing. The post building will not be open.