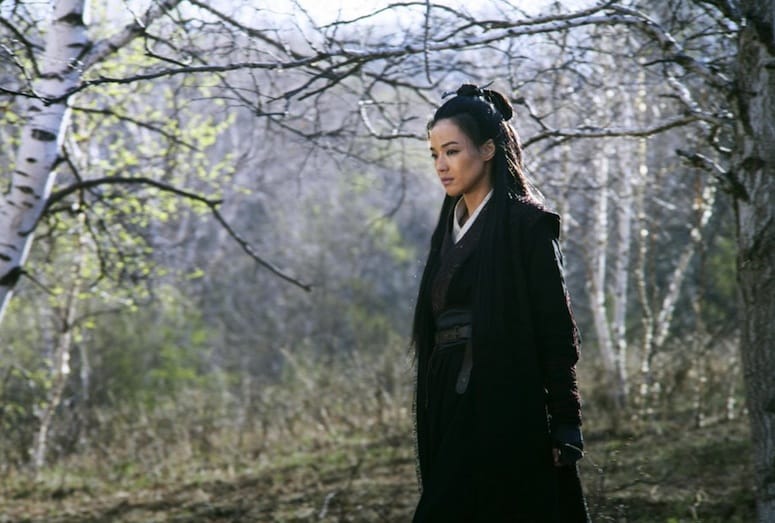 A special jury of international film critics has chosen the Oscar shortlisted The Assassin (Taiwan), directed by Hou Hsiao-hsien, as winner of the FIPRESCI Prize for the Best Foreign Language Film of the Year at the 27th annual Palm Springs International Film Festival.

The film is set In ninth-century China, during a time of political unrest, where a beautiful woman, trained in the arts of swordsmanship, is sent to her home province on a lethal mission. The jury presented the award, “As one of the best films of a master director, and an example of the martial arts genre which is elevated into the realm of art by its superb visual style.”

The jury reviewed 40 of the 80 official Foreign Language submissions to the Academy Awards screened at this year’s festival. The awards were announced Jan. 9 during a luncheon at Spencer’s Restaurant in Palm Springs.  The Festival, which finishes Jan. 11, screened 180 films from 60 countries. The Mercedes-Benz Audience Awards for Best Narrative Feature and Best Documentary Feature will be announced Jan. 10.

The FIPRESCI Prize for the Best Actor of the Year in a Foreign Language Film went to Sigurður Sigurjónsson and Theodór Júlíusson from Rams (Iceland), directed by Grimur Hakonarson. “For the darkly comic urgency and sense of shared past with which they imbued their performances, and for the graceful way in which they guided their characters from animosity to interdependence, the award for Best Actor is shared by Sigurður Sigurjónsson and Theodór Júlíusson for the Icelandic film Rams,” according tro the jury

FIPRESCI Prize for Best Actress of the Year in a Foreign Language Film went to Alena Mihulová from Home Care (Czech Republic), directed by Slávek Horák.  The jury said, “The FIPRESCI prize for best female actress goes to Alena Mihulová for her multi-faceted performance in Home Care. Mihulová’s portrait of an over-extended nurse – and woman – reflects the film’s key merits of humor, despair and, most importantly, a true quest for a decent existence.” photo courtesy of death by death

The winner is Death By Death (Belgium/France), directed by Xavier Seron. The film is about the relationship of anxious, part-time actor Michel and his ailing, overly attached mother, who has been told that she is living on borrowed time, but has no intention of dying.

“The jury lauded this Belgian dark comedy for its humor and unique, unexpected approach to narrative storytelling that pushes form and structure within a story that follows themes that are common to many films.”

A special jury mention goes to Thithi (India/US). “The jury commended director Raam Reddy for taking his audience on a happily rambling journey, weaving a complex and layered narrative into an inviting film whose structure mirrors the content of the story.”

The competition included 12 new international talents making their feature film debut at the festival, with the additional criteria that the films selected are currently without U.S. distribution and are U.S. premieres. The winner received a sculpture designed by famed glass artist Dale Chihuly and a $60,000 Panavision camera rental package.The films were juried by U.S. distributors which include Gary Rubin (Cohen Media), Dan Berger (Oscilloscope) and Ryan Kampe (Visit Films/Monument Releasing).

photo courtesy of the birth of saké

The Birth of Saké collected the John Schlesinger Award.

The Birth of Saké (Japan), directed by Erik Shirai, received The John Schlesinger Award, which is presented to a first-time documentary filmmaker. The winner received a Kennedy statue.

The film is about a beautiful and immersive portrait of life at the 144-year old Yoshida Brewery, a producer of world class sake. With changing times ahead and new regime led by the sixth generation heir, this is a rarified look at the personal and professional intensity needed to create a revered product and the artisans behind it.

The jury issued the following statement, “With its aesthetic approach, patience and intimacy, The Birth of Saké mirrors the craft of making saké, and the director’s singular passion for his subject embodies the spirit of the John Schlesinger Award." THE HP BRIDGING THE BORDERS AWARD

Umrika (India), directed by Prashant Nair, received the award. The film traces the journey from mountain village innocence to big city experience of young Rama, who follows in his older brother’s footsteps to discover if he made it to the U.S., or came to a sticky end in Mumbai.

The award is presented by Cinema Without Borders and Hewlett Packard, which honors the film that is most successful in exemplifying art that promotes bringing the people of our world closer together. The prize includes an HP ZBook 17 mobile workstation, valued at $3,000.

Audience Award winners will be announced on Jan10. The Best of the Fest screenings will take place Jan. 11. Visit www.psfilmfest.org for a complete list of screenings .

FIPRESCI Prize for the Best Actor of the Year in a Foreign Language Film:  Sigurður Sigurjónsson and Theodór Júlíusson from Rams (Iceland)

FIPRESCI Prize for Best Actress of the Year in a Foreign Language Film: Alena Mihulová from Home Care (Czech Republic)

The John Schlesinger Award: The Birth of Saké (Japan), directed by Erik Shirai