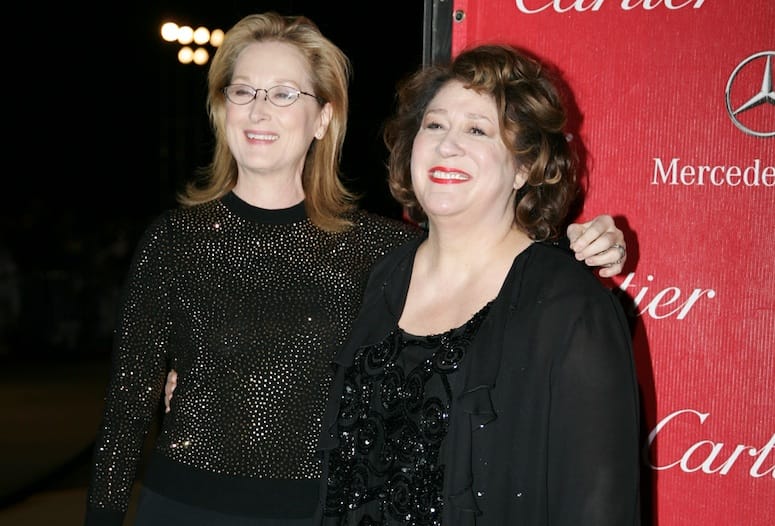 In fact, several of the award honorees from last week’s PSIFF will vie for Oscar contention after the nominations were released Jan. 16.

The rest of the Best Actor nominees included Christian Bale (American Hustle), Leonardo DiCaprio (The Wolf of Wall Street), and Chiwetel Ejiofor (12 Years a Slave). Bale was invited to the festival to accept the Ensemble Award for his role in American Hustle, but did not attend.

Sandra Bullock, who garnered the festival’s Desert Palm Achievement Award- Actress, received an Oscar nomination for Best Actress in Gravity. She was joined by fellow festival honoree, Meryl Streep, who received the festival’s Icon award, for her character in August: Osage County.

Amy Adams, who came as part of the cast of American Hustle to receive the festival’s Ensemble Award, also was among the Best Actress nominees along with Cate Blanchett (Blue Jasmine) and Judi Dench (Philomena).

Jonah Hill, who was honored by the festival with a Creative Impact in Acting Award, is among the Best Supporting Actor nominees for his role in The Wolf of Wall Street. Bradley Cooper, who was part of the Ensemble Award cast from American Hustle, joined Hill as an Oscar nominee. Other supporting actor nominees were Barkhad Abdi (Captain Phillips), Michael Fassbender (12 Years A Slave), and Jared Leto (Dallas Buyers Club).

Julia Roberts, who collected the festival’s Spotlight Award, received an Oscar nomination for Best Supporting Actress in August; Osage County, while Lupita Nyong’O, the festival’s Breakthrough Performance Award winner, was tabbed for her role in 12 Years A Slave. Jennifer Lawrence, who was part of the Ensemble Award cast from American Hustle, also was chosen an Oscar nominee. June Squib (Nebraska) and Sally Hawkins (Blue Jasmine) rounded out the field.

Steve McQueen, who directed 12 Years a Slave and was honored with the festival’s Director of the Year Award, received an Oscar nomination along with David O. Russell (American Hustle), Alfonso Cuaron (Gravity), Alexander Payne (Nebraska) and Martin Scorsese (The Wolf of Wall Street).

U2’s song, “Ordinary Love” from the movie, Mandela: Long Walk To Freedom, was among the Oscar nominees for Best Original Song. U2, represented by lead singer Bono and The Edge, were recognized with the festival’s Sony Bono Visionary Award for their humanitarian work.