Although a tiny airport was constructed in Palm Springs in 1928 for guests of the newly built El Mirador Hotel (now Desert Regional Medical Center), it was nothing more than a single dirt runway used predominantly by a small number of military aviators.

By the late 1930s, with the world on the brink of war, the United States Corps of Engineers launched a search for a sufficient space to build an Army Air Corps landing field. Due to the Coachella Valley’s consistently good weather and the shelter provided by the mountains from desert winds, the government decided to lease the Native American–owned property. The engineers built an A-frame terminal building and two runways. 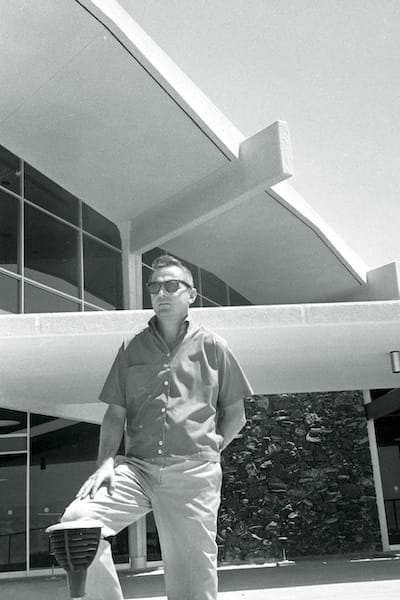 In 1961, the city of Palm Springs purchased 600 acres of tribal land, including the Air Corps field, and commissioned soon-to-be legendary local architect Donald Wexler to design the main terminal. Wexler later described his indoor-outdoor building plan as being X-shaped so that passengers could see everything from one corridor, eliminating the need for hard-to-follow directional signs.

If you’re used to international airports in major cities like Los Angeles, San Francisco, and Denver being on the outskirts of town, you may be pleasantly surprised at the proximity of Palm Springs — and, frankly, all Coachella Valley — hotels in relation to PSP (which is only 2 miles from downtown). For hotel and rental recommendations, visit directory.palmspringslife.com.