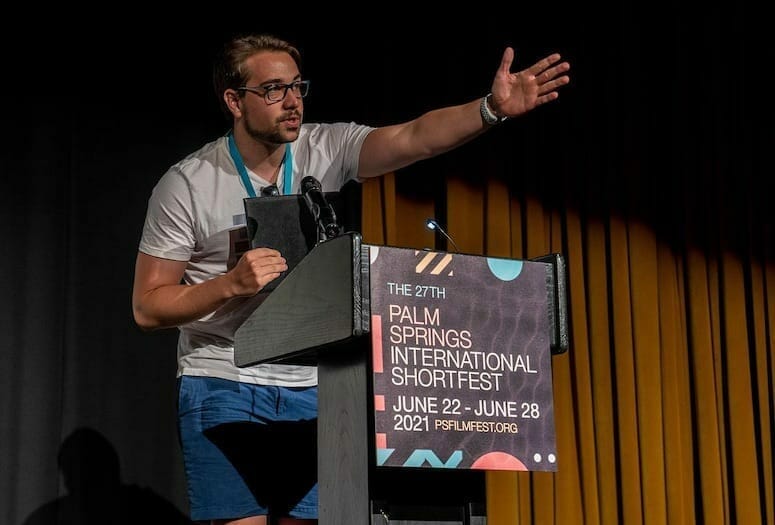 A new crop of filmmakers will come to Palm Springs in June for ShortFest, one of the largest film festivals of its kind in North America.
PHOTOGRAPH COURTESY PALM SPRINGS INTERNATIONAL SHORTFEST

The annual Palm Springs International ShortFest, one of the largest showcases of short-form cinema in North America, will return with in-person screenings June 21-27. For this year’s edition veteran programmer Sudeep Sharma will act as interim 2022 ShortFest director, with the planned maternity leave of PSIFF artistic director Lili Rodriguez.

"Sudeep's been an excellent collaborator, holding key roles at ShortFest for close to a decade,’” Rodriguez says. “He cares deeply about the festival and understands what makes it special. We're thrilled that he's at the helm for 2022."

Since 2014, Sharma has served as director of programming for the Palm Springs International ShortFest. He has concurrently been a programmer for the Sundance Film Festival focusing on documentary feature films as well as many other festivals including LA Film Festival, Tribeca, AFI Fest, Aspen ShortsFest, Indian Film Festival of Los Angeles, and Indian Kaleidoscope Film Festival, previously working as director of public programming for the Academy of Motion Pictures Arts and Sciences. Sharma has taught film and TV history, industry and criticism courses at universities throughout Southern California.

Kicking off on June 21, ShortFest will screen a full slate of films at the Palm Springs Cultural Center. The ShortFest Forum will also be held in its traditional live format with classes and panels featuring industry representatives, filmmakers, and additional guests. Awards and cash prizes worth $25,000, including five Academy Award-qualifying awards, will be announced on June 26.

Best of the Fest shorts will screen on the final day, June 27. Palm Springs International ShortFest is a bellwether for Hollywood, with several of this year’s Oscar nominees screened at 2021 ShortFest, including Affairs of the Art and Boxballet (nominated for Best Animated Short), The Queen of Basketball, Three Songs for Benazir and When We Were Bullies (nominated for Best Documentary Short) and The Long Goodbye, Please Hold and Pal (nominated for Best Live Action Short).

ShortFest passes will go on sale May 2.