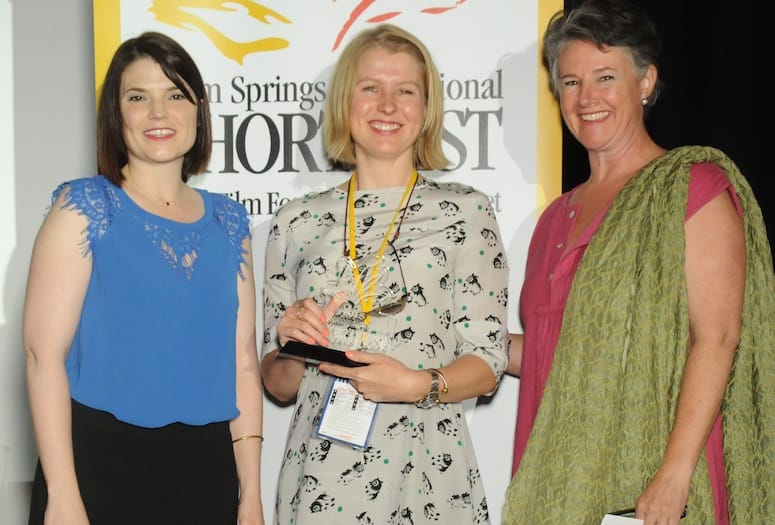 Macdonald thanked the 24 programmers who viewed more than 3,000 submissions and then asked all the filmmakers in the audience to stand. Approximately 200 stood, and received a well deserved round of applause.