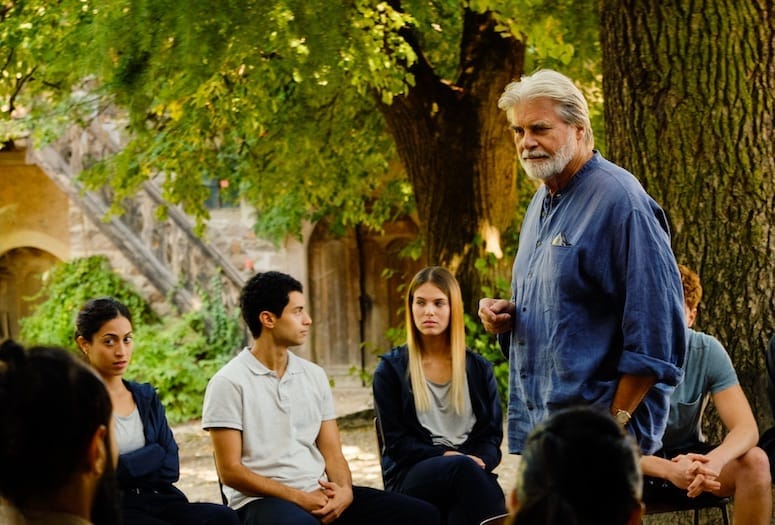 Peter Simonischek portrays a world-famous conductor who must bring together Israeli and Palestinian teens together to form a youth orchestra in the film, Crescendo.
PHOTOGRAPHS COURTESY MENEMSHA FILMS

The film Crescendo actually premiered at the Munich International Film Festival in 2019 and was greeted with a 10-minute standing ovation.

The coronavirus pandemic has delayed its public opening in American theaters until June, but Greater Palm Springs audiences have a chance to view it starting April 18 when the eighth annual Palm Springs Jewish Film Festival runs through April 22. In addition, fans can hear from the film’s director, Dror Zahavi, on April 20 in a Zoom chat moderated by Rabbi Steven Rosenberg.

The film focuses on conductor Eduard Spork, who is charged with creating a Israeli-Palestinian youth orchestra. You can imagine the complications trying to get two sides that are more often at war than at peace to come together and make music. Another side story, Spork’s has his own issues growing up the son of a Nazi. 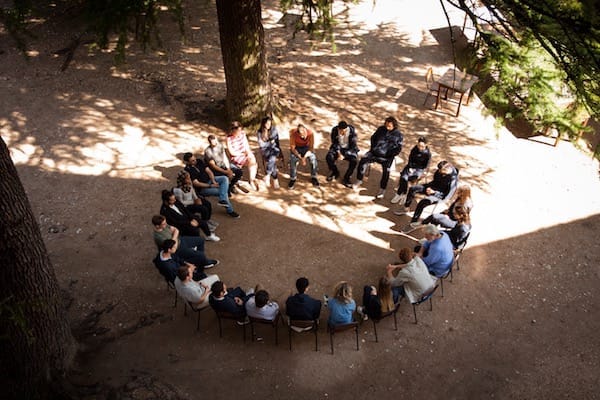 A group circle forces the young musicians to engage with one another in Crescendo.

The Q&A with Zahavi is part of a virtual lobby added to the festival schedule when the decision was made to keep it strictly virtual, says Doug Morton, festival chair. “We’ve scheduled a session in the Virtual Lobby where fans can talk about the movies with each other (at 4 p.m. April 20),” Morton adds. “So that's kind of a new concept we've never done before. We'll have a moderator to kind of get things started, in case they don't start themselves and run things, but it's just a chance to chat and talk about the issues. And the issues this year are really good.”

Crescendo is one of eight films and nine short films available for streaming during the festival that comes just a few months from the last one held in November, which was delayed due to the pandemic shutdown in March 2020. This April 2021 edition puts the Jewish Film Festival back on its normal schedule in hopes of conducting an in-theater version in 2022.

Who is streaming the films for you?

What films stand out to you this time?

We have a gay movie this year, Kiss me Kosher, that is also a comedy and also like a soap opera. It’s about two women who fall in love. And the other interesting part about this movie is that the grandmother is a Holocaust survivor and is having a secret affair with a Palestinian man. It is really good, and it's really funny. 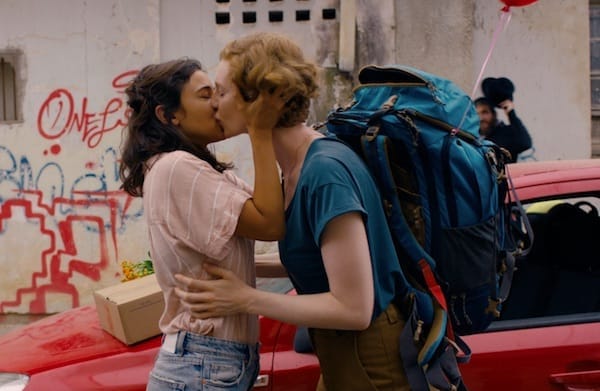 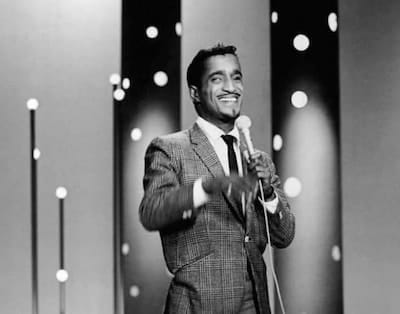 Sammy David Jr. examines his career along with guest spots by fellow performers.

We picked an older documentary this year. It's called Sammy Davis Jr: I've Got To Be Me. We chose it because Sammy Davis was Jewish, he came to the Temple Isaiah, lived across the street from the temple, and he's from Palm Springs. So you put that all together. And we didn't care that it’s from 2017; we just thought it was a great, great choice.

Our final film is called Welcome to Kutsher's about a Jewish resort in the Catskills. The documentary reveals how this resort was a jewish refuge and vacation spot but also was the stomping grounds for a lot of comedians and an NBA all-star tradition. The best part is the directors, Caroline Laskow and Ian Rosenberg, will chat in our Virtual Lobby on April 21.

What about the short films?

We’re bringing one back that we have shown before. It’s called The Shabbos Goy about a women whose dildo goes off during Shabbos dinner and she can’t turn it off. It’s so good. And the Sam Spiegel School in Tel Aviv has granted us permission to show a movie called Next Stop. It’s about a woman on a bus and it’s her voice that comes over the speaker system, but no one on the bus pays attention to her. Her psychiatrist has told her to try and bond with the people around her, and she hasn’t had much luck but that changes as the film unfolds.

What is the cost?

It’s only $10 a ticket for a movie, and the pass for all the films is $70. Passholders will have an extra day on April 22 to view all the films.

• READ NEXT: Ruta Lee's Biopic Book Has Hollywood Stories from the Desert.