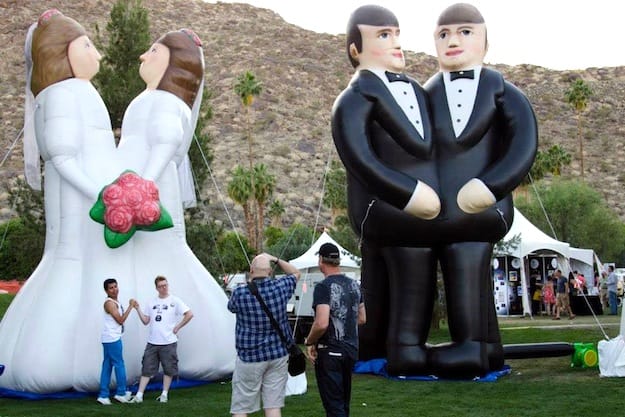 Palm Springs has been chosen the No. 1 gay friendly city in the country – ahead of San Francisco – by nerdwallet.com, a free consumer tool to find the best credit cards, cd rates, savings, checking accounts, scholarships, and airlines.

To honor LGBT Pride Month in June, NerdWallet based its ranking on municipal laws, community and peer support, and safety and tolerance, according to its website. Each city listed three requirements:

•  Is there a LGBT community and can you find peer support? The percentage of same-sex households was taken from the U.S. Census.

•  Is the community safe and tolerant toward gays? The number of hate crimes for sexual orientation per 100,000 residents was measured.

Palm Springs has 8.6 percent of households reported as same-sex partners. The community has a “thriving year-round LGBT culture for residents” and the Palm Springs Pride Festival is both popular and honors the history of the gay rights movement, according to NerdWallet.

The city scored a 72 in overall gay friendliness compared to San Francisco’s 69.4. Palm Springs had 11.1 gay hate crimes per 100,000 residents and an equality index of 95, according to NerdWallet.

For the complete listing, visit nerdwallet.com