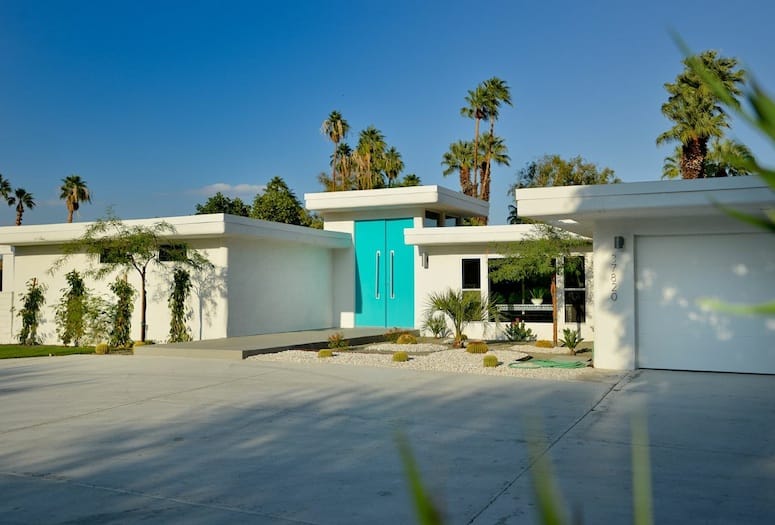 This has been a week filled with premieres at the Palm Springs International Film Festival, so real estate agents Michael Stray and John Cyr have decided to throw their own red carpet affair.

Only their film is actually a 30-second commercial and the stars are a pair of homes, including one that will act as the site of its unveiling Jan. 12 at the Tamarisk Country Club in Rancho Mirage.

“We didn’t want to do your typical Palm Springs realtor commercial,” says Cyr, who moved to Palm Springs 15 years ago from Maine. “We want people, even if they are shaving and hear the music, they will know it’s our commercial.”

Typical, it’s not. The pair researched online for real estate commercials that attracted large audiences, found three to four that had 1 million hits or more, and discovered one very common demoninator: sex.

One in particular from Australia featured a naked man and woman, but shot in a way that kept the exposure factor within an acceptable range while selling the home’s comfort as a reason to walk around naked.

“They are all about sex, beautiful women or guys,” Stray says, “whether it’s the realtor selling the team or the house.”

Stray and Cyr’s version also shows skin, but features the kitchen, dining room and bedroom from the Tamarisk house, and the shower and pool scenes from the Old Las Palmas house. The process took seven months and Stray hired the filmmakers at UJI Productions in Seattle – his previous home base prior to moving full-time to Palm Springs in 2004.

“We wanted to go a little more upbeat,” says Cyr in contrast to the Australian version. “We decided to show them testing out the house.”

The Jan. 12 event will have many of the markings of a film premiere, including a red carpet, sponsors (Chase Bank, Palm Springs Getaways and Hot Purple Energy), and popcorn will be passed out to the audience just prior to the commercial being shown on screens situated throughout the house.

The Tamarisk Country Club mid-century estate was built in 1958, covers 4,800 square feet, and has 4 bedrooms, 4 full baths, and 2 powder baths (one inside, one out).

Because the home was built prior to Rancho Mirage’s incorporation, Stray and Cyr do not know the home’s original architect. Palm Springs architect James Cioffi designed an addition to the house.

“The client who put on the addition was Tommy Fatso Marson, who was part of the Gambino family,” Cyr says of the house's mob connection. “His name is written in the concrete of the house. Mr. Coffi said Tommy was a very nice man and paid him in $100 bills."