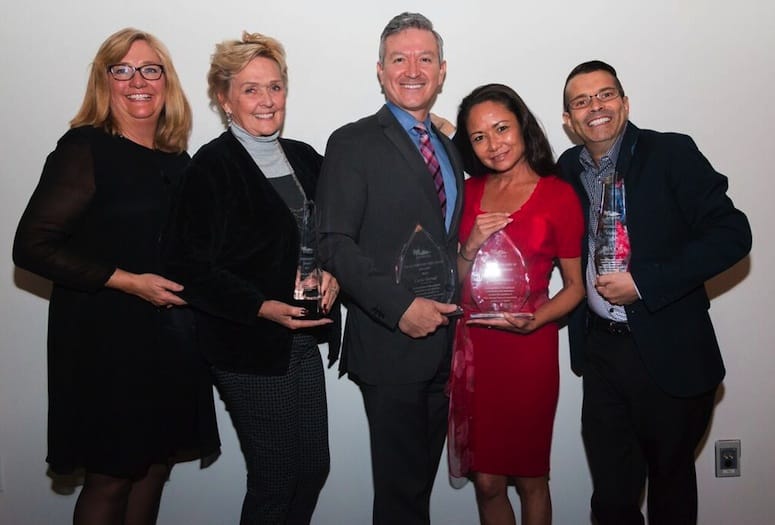 The Palm Springs Regional Association of REALTORS© (PSRAR) capped one of its most exciting years marked by unprecedented membership growth with its 2015 Annual Awards Dinner on Dec. 10 at The Saguaro Palm Springs.

Ozur was also singled out after being elected to the National Women's Council of REALTORS© 2016 as its Financial Secretary.

PSRAR also recognized individuals for their efforts in 2015 that are paving the way to a successful 2016.

For consistently going above and beyond in their contributions, John Cyr was presented with the Pinnacle Award; Karen Joy Tabbah was given the President’s Award, while Bernal was named the REALTOR© of the Year.

Nicole Mendoza, whose company Local’s Choice in Rancho Mirage provides printing assistance to PSRAR, was chosen as the Affiliate of the Year.