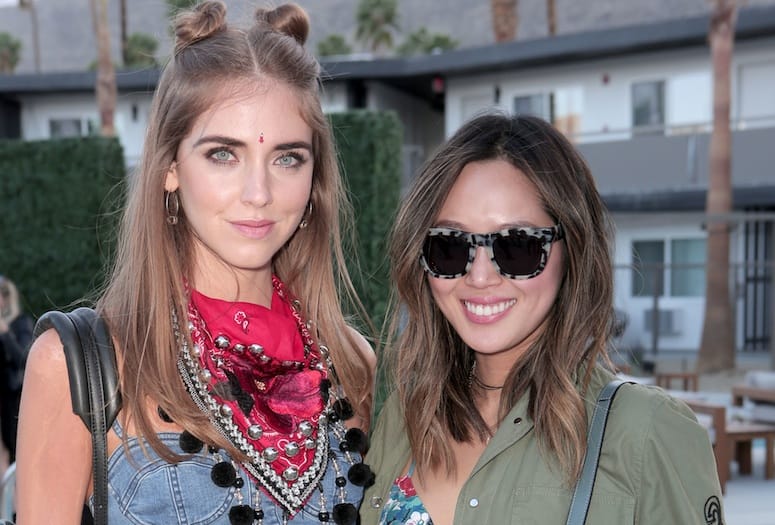 It's more than just about the music,

It's how you look while listening to the music.

Moet & Chandon, known for its French fine winery and luxury goods company LVMH Moet Hennessy Louis Vuitton, chose a pair of Palm Springs resorts to kick off the first weekend of the Coachella Valley Music and Arts Festival in style. The initial stop was a “Welcome to the Desert Party” at the new V Hotel Palm Springs. Chiara Ferragni, a fashion blogger from Italy, model Halley Clauson, model Rocky Barnes, and Aimee Song were just a few of the chic ladies that showed off their hottest fashion looks.  The fashionistas accessorized their looks with white goblets of Moet Ice, the first champagne designed to be served over ice.

Song, a fashion blogger from Los Angeles, was excited about her look and about attending Coachella. Clad in her suede Stuart Weitzman boots, she noted, “I’m all about comfortable boots right now. There is a lot of dust at the festival, so you definitely need boots. These shoes are so comfortable, I can wear them all day. I think it’s the block heel.”

The other locale at Retreat Palm Springs attracted actress and singer Emma Roberts, Suki Waterhouse, a model and an actress from England, actress and writer Cara Santana, actor Jesse Metcalfe, and actor Zach Braff could all be seen sipping Moet Imperial enjoying a weekend in the desert.