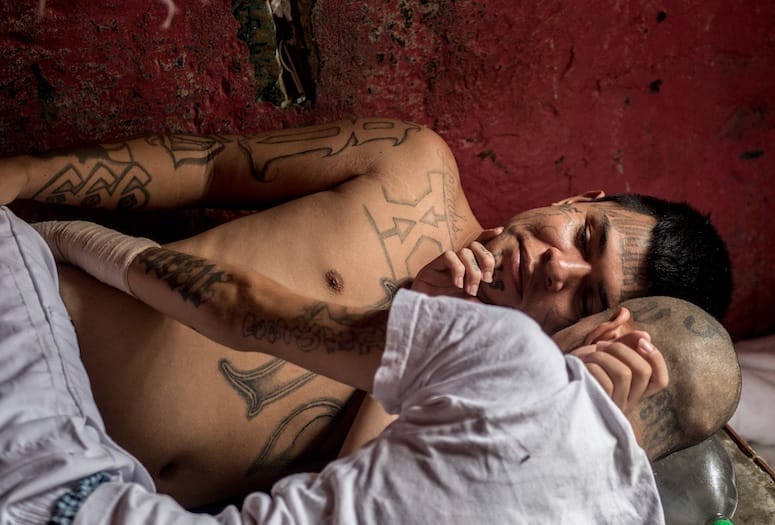 Unforgivable,  the first Salvadoran film qualified to compete for an Oscar nomination, will be able to submit their short for Oscar consideration after winning Palm Springs ShortFest.
PHOTOGRAPHS COURTESY PALM SPRINGS INTERNATIONAL SHORTFEST

Unforgivable, the story of a gang member serving time in Salvordoran prison who is gay, earned the Greater Palm Springs CVB Best of the Festival Award announced June 27 at the closing ceremonies of the Palm Springs International ShortFest at the Palm Springs Cultural Center.

The film received one of five Academy Award qualifying awards while awards and cash prizes worth $25,000 were presented to the winners selected from the 295 shorts films that screened.

The winners by category included:

● Winner: Unforgivable (El Salvador), directed by Marlén Viñayo. A ruthless hitman for the 18th Street gang serves his sentence inside an evangelical Salvadoran prison, where he is guilty not only of his crimes, but of an unforgivable sin under God and gang: being gay.
● Special Mention: Palma (France), directed by Alexe Poukine. Jeanne is taking her 6-year-old daughter away for the weekend to Majorca. While everything is going down the drain, Jeanne's only concern is to photograph Kiki, the class mascot. 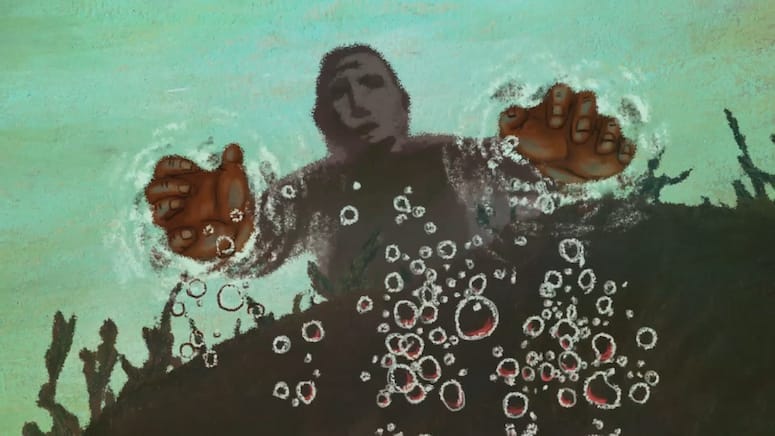 ● Winner: Step into the River (China/France), directed by Weijia Ma. Lu and Wei are two young girls living in a village nestled on the banks of a river that bears many tragic stories in this surreal and stunning exploration of China's one-child policy.
● Special Mention: Navozande, the Musician (France), directed by Reza Riahi. At the time of the attack of the Mongols, a young musician and the love of his life were separated from each other. Fifty years later, the musician is summoned to perform at the castle of the Mongols where his beloved is being held.

● Winner: Queen of Basketball (USA), directed by Ben Proudfoot. Three consecutive college championships. The Olympics. The NBA. Lusia Harris is arguably the greatest American female basketball player of all time. But when will history honor her legend?
● Special Mention: The Interview (USA), directed by Jon Miller and Zach Russo. For incarcerated people serving life sentences in the state of New York, the parole board is their only hope of release. But how do you convince a group of strangers that you are more than the worst thing you ever did? 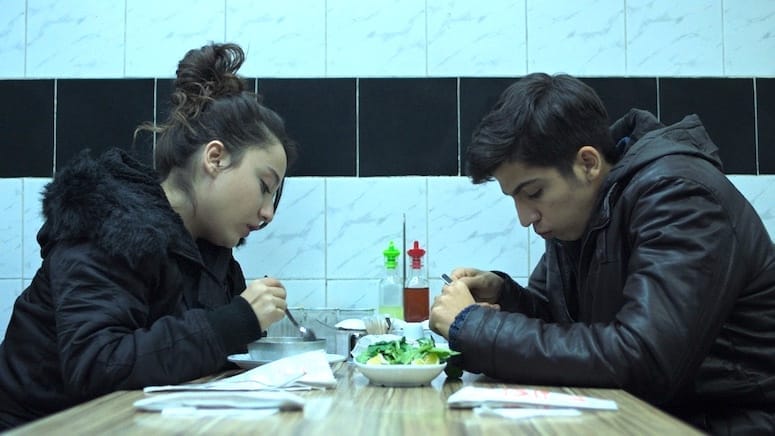 The Criminals (France/Romania/Turkey) has won Best Live-Action Short Over 15 Minutes.

● Winner: The Criminals (France/Romania/Turkey), directed by Serhat Karaaslan. Late in the evening in a small Turkish town, a young couple are trying to find a hotel room to spend the night together, but they face rejection from every hotel for not having the required marriage certificate. Once they believe they’ve devised the perfect scheme, the situation gets out of hand.​
● Special Mention: The Girls Who Burn the Night (Saudi Arabia), Ddirected by Sara Mesfer. While helping their mother prepare for a party, a denied request brings two young Saudi sisters to their boiling point.

● Winner: The Mohel (Canada), directed by Charles Wahl. After celebrating the birth of their first son, James and his converted Jewish wife Lola fly a mohel out to perform the circumcision. Family expectations and financial strain force James to confront the transactional nature of religion, and the realities of maintaining old traditions in a modern world.
● Special Mentions: Aly (France), directed by Thomas Wood. In Paris, Aly, a young asylum seeker from Guinea, is invited to a party. On his way, the reality of his situation catches up with him. The Long Goodbye (UK), directed by Aneil Karia. A sobering and powerful watch, The Long Goodbye imagines a dystopian near future and sees actor Riz Ahmed unpack his feelings towards his country.

Student Animated Short
● Winner: Love is Just a Death Away (Czech Republic), directed by Bára Anna Stejskalová. Amid the debris of a perilous landfill, hopeful creatures yearn for an amorous connection.
● Special Mention: Misery Loves Company (South Korea/USA), directed by Sasha Lee. One night, Seolgi is lying on a grass field with friends. A shooting star falls, and dark and intrusive thoughts hit her. Her melancholy blooms into bright and colorful “flower people,” dancing around wishing for a meteorite to end the world.

Student Documentary Short
● Winner: The Void Inside (Germany/Iran), directed by Julian Dieterich. After getting caught in a fight, Vahid needs to sell one of his kidneys to avoid a long prison sentence. While waiting for a buyer, a wish for a better life starts to grow within him.
● Special Mention: Joychild (USA), directed by Aurora Brachman. A young child tells their mother "I'm not a girl" for the first time.

● Winner: Her Dance (Israel), directed by Bar Cohen. Estranged from her family, Aya shows up uninvited to her sister's wedding Shabbat night. Her presence threatens to reveal family secrets and lies. 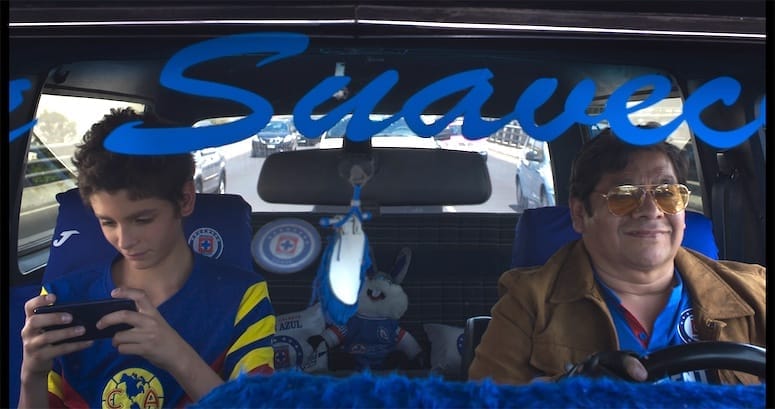 ● Winner: El Clásico (Mexico), directed by Joel Vázquez Cárdenas. The tumultuous journey of two friends on their way to a soccer stadium hands them a new perspective of their friendship, their morals and Mexico City.
● Special Mention: Fourth of July (USA), directed by Major Dorfman. A young mother struggles to parent her two rambunctious boys over the course of one hot summer day.

● Winner: Inheritance (USA), directed by Annalise Lockhart. A Black family in rural Vermont attempts to live a life of solitude and cope with the ghosts living on their property.
● Special Mention: Please Hold (USA), directed by KD Dávila. In the near future, a young working-class Latino is wrongfully arrested. Realizing he has no means of recourse in the fully automated and privatized justice system, he attempts to reach a human who can set things right. 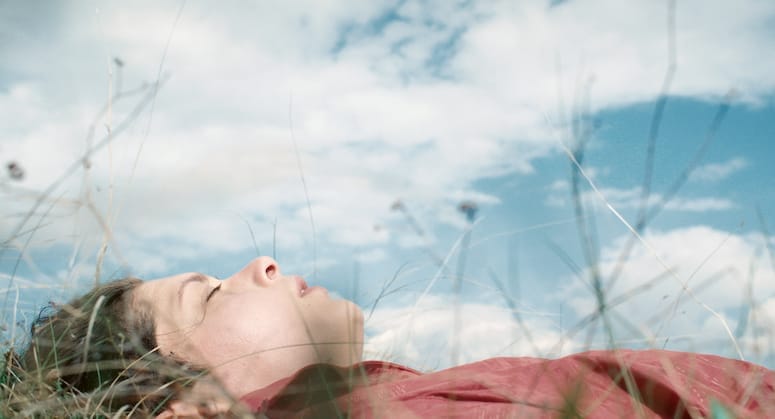 ● Winner: Eggshells (Bulgaria), directed by Slava Doytcheva. After her girlfriend chooses to spend Easter with family, Nevena dyes two red eggs and heads off to visit her own estranged father.
● Special Mention: F1-100 (USA/Malaysia), directed by Emory Chao Johnson. Art, animation, archival footage and digital video are interwoven in this transnational meditation through time and space of an international art student carrying a heavy burden.

● Winner: Night Bus (Taiwan), directed by Joe Hsieh. Aboard a late-night commuter bus, a stolen necklace sets off a macabre chain of events involving a jealous husband and a vengeful monkey.
● Special Mention: Night of the Living Dicks (Finland/Denmark), directed by Ilja Rautsi. Venla is fed up with getting dick pics when she finds a pair of glasses that reveal the true nature of people and which men are real dicks. As the dick monsters realize they've been exposed to Venla in ways they didn't intend, they come after her and Venla must confront an explosive nightmare of genitals and gender roles.

● Winner: Dying in Your Mother’s Arms (USA), directed by John Beder. If losing a child to an illness is one of the worst things that can happen to a family, Dr. Nadia Tremonti has made it her mission to make it better. It’s not easy, but as a pediatric palliative care physician, she works to ensure that terminally ill children receive quality end-of-life care.
● Special Mention: Don vs Lightning (UK), directed by Big Red Button. All Don wants is a quiet life in the Scottish Highlands. Unfortunately the universe has other plans. 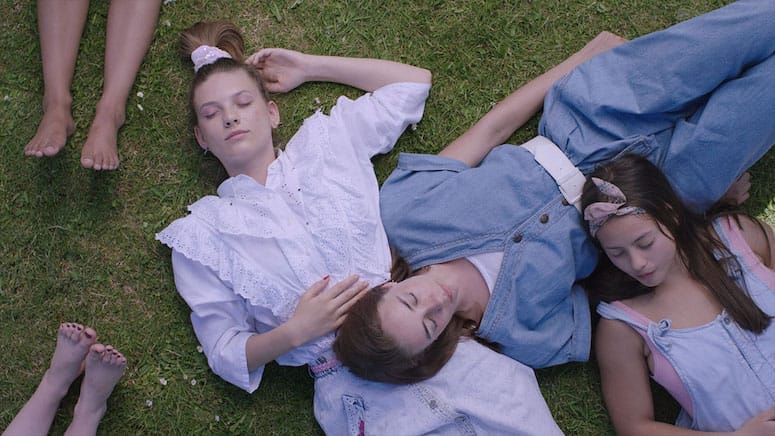 ● Winner: A Broken House (USA/Lebanon), directed by Jimmy Goldblum. A Syrian architect and artist stuck in the U.S. on a single-entry visa eases his homesickness by sculpting life-like renditions of the home he left behind.
● Special Mentions: On My Way (Belgium), directed by Sonam Larcin. The unexpected arrival of a Nigerian migrant in the Belgian countryside shakes up the fragile daily life of two men living a secret relationship. Bambirak (Germany/USA), directed by Zamarin Wahdat. When 8-year-old Kati stows away in her father's truck, Faruk must juggle his responsibilities as a single dad while holding down his first job in a new country.

● Winner: The Nannies (Denmark), directed by Signe Barvild Staehr. Signe's mother died unexpectedly when she was five years old. Now a filmmaker, Signe reconstructs a forgotten time in her life with memories from nannies who cared for her. The film is a character-driven story about a daughter trying to relive the past, and a father trying to avoid it.

● Winner: Americanized (USA), directed by Erica Eng. Growing up in Oakland's hip-hop culture and playing on the high school basketball team makes it difficult for Eng to identify with her Chinese-American roots. As her sophomore year of high school comes to an end, Eng tries to find a sense of belonging within the two worlds that don't accept her.
● Special Mention: Little Bear (France), directed by Nicolas Birkenstock. When Little Bear starts sleepwalking, she decides to find out where her sleep takes her.

ShortFest Audience Awards - Winner received a $500 cash prize. Awarded to the film which scored the highest on ballots submitted by the audience in its respected category.

• Best Live-Action Short – The Departure (France), directed by Saïd Hamich Benlarbi. It's the summer of 2004 in Morocco, and 11-year-old Adil is upset by the visit of his father and big brother, who will leave for France in just a few days...
• Best Animated Short – Love is Just a Death Away (Czech Republic), directed by Bára Anna Stejskalová. Amid the debris of a perilous landfill, hopeful creatures yearn for an amorous connection.
• Best Documentary Short – A Broken House (USA/Lebanon), directed by Jimmy Goldblum. A Syrian architect and artist stuck in the U.S. on a single-entry visa eases his homesickness by sculpting life-like renditions of the home he left behind.
• Best Student Short – Her Dance (Israel), directed by Bar Cohen.Estranged from her family, Aya shows up uninvited to her sister's wedding Shabbat night. Her presence threatens to reveal family secrets and lies.

• READ NEXT: Where to Go for 4th of July Events in the Desert.