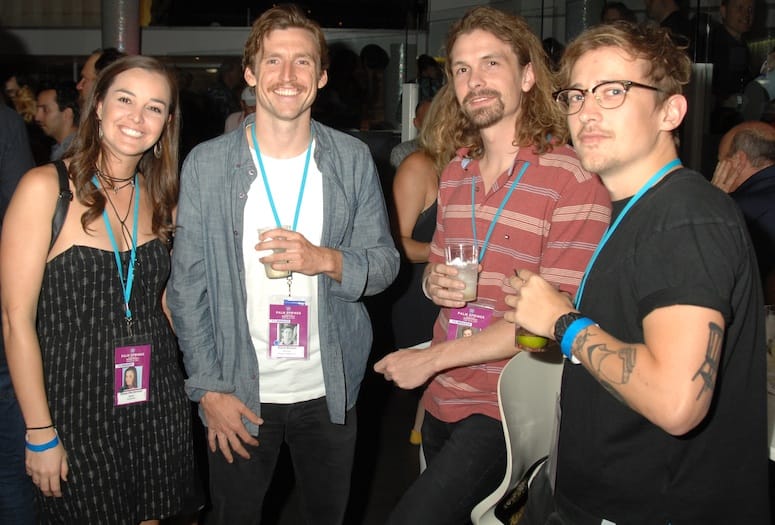 The 23rd annual Palm Springs International ShortFest and Film Market opened the week with eight feel-good films. More than 500 guests were able to screen Edmund the Magnificent, In a Nutshell, Park (Parque), Punchline, The Record – World’s Largest Family, Spice Sisters, Super Sex, and The Tables at Camelot Theatres and attend an after-party at Lulu California Bistro for food, drinks, networking, and celebration.

ShortFest is one of the largest festivals of its kind and is a destination for international filmmakers. It’s also an opportunity for emerging directors, writers, actors, and producers hailing from more than 47 countries to network and exhibit their work before an audience — often for the first time.

Concurrent events include roundtables, workshops, and discussions. The ShortFest Film Market, which presents a library of over 4,200 films from submissions, is made available during the run of the festival to sales agents, distributors, festival organizers, filmmakers, and industry reps to view at screening stations.

The films featured this year included 48 world, 12 international, 42 North American, and 16 U.S. premieres. ShortFest is an Oscar- and BAFTA-qualifying festival and has seen more than 100 films go on to receive Academy Award nominations during the last 21 years.