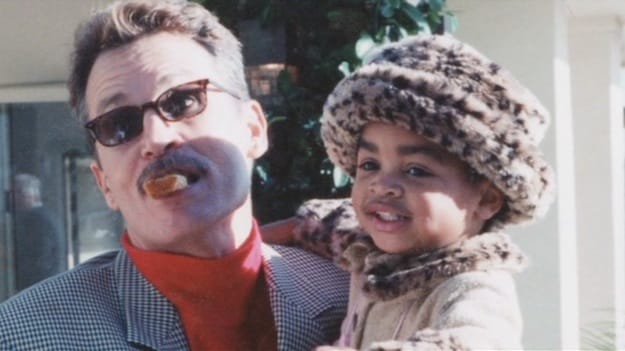 The 19th annual Palm Springs International ShortFest (PSISF) returns with a slew of delicious offerings that will leave cinephiles breathless.

Set to run June 18-24, the summer event showcases imaginative and innovative projects from film directors around the world. Executive Director Darryl MacDonald took time out of his busy schedule to discuss the upcoming event and some of the official selections that he and his panel have chosen for competition.

This year’s festival boasts surprising fare, including an impressive number of comedies and musicals. MacDonald also noted that animated films are abundant – this time, with surprising subject matter.

“There’s a new sophistication to animated films that you would just not expect an animated film to deal with – everything from drugs to crime,” he explained. “Really astonishing and edgy work. And impeccably done in terms of the animation itself. I think to a certain extent, it reflects that animated films are no longer a province of kids.”

“In many cases, I think the reason well-known stars get involved in the short film field is that it gives them the chance to stretch themselves; to take parts that they know they would never get in a feature film or parts that they’d rarely get offered,” MacDonald said. “I think that for an actor that’s what keeps you going.”

Several standout projects include Silk directed by Catherine Dent (pictured left). In it, Aghdashloo stars as an unhappy wife whose philandering husband owns a silk shop in the Los Angeles suburb of Glendale, Calif.  Her painful past unfolds through flashbacks.

The animated short Junkyard, directed by Hisko Hulsing, tells the story of two men whose lives intersect during a violent act on the subway. However, this isn’t the first time they’ve met.

A Family Like Mine is a powerful short-form documentary that chronicles the story of several children brought up in same-sex households. Teenager Katherine Kearns directs and ultimately steals nearly every frame of the film with her wide-eyed enthusiasm and honesty.

And if quirk mixed with violence is your thing, the Spanish film Ephemeral, directed by Diego Modino, will make you shudder and smile in equal measure. It tells the story of a young girl whose penchant for dance interrupts a terrifying abduction.

Many of today’s brightest filmmakers made their debut at PSISF, including Academy Award nominated director Benh Zeitlin (Beasts of the Southern Wild) and Jason Winer (“Modern Family”). MacDonald is quick to encourage directors to use the festival as a launch pad into Hollywood.

“In many ways, ShortFest functions as an opportunity for young filmmakers to further their careers as well as have their films shown on the big screen with an audience,” MacDonald said. [PSISF] preparing them for a life in the creative arts in film and television.”

The event will also be punctuated with a film market allowing attendees to purchase the films, merchandise, and resource material, on-site.

“We also have roundtables that run for two days where you can sign up to be at a table with three select industry and/or professional filmmakers and it’s basically [a ratio of] seven shortfest filmmakers to three professionals in the field,” MacDonald said. “It’s your opportunity to ask whatever questions you have to ask, or to pitch a project.”

Listen to Darryl MacDonald talk about a genre trend at Short Fest.