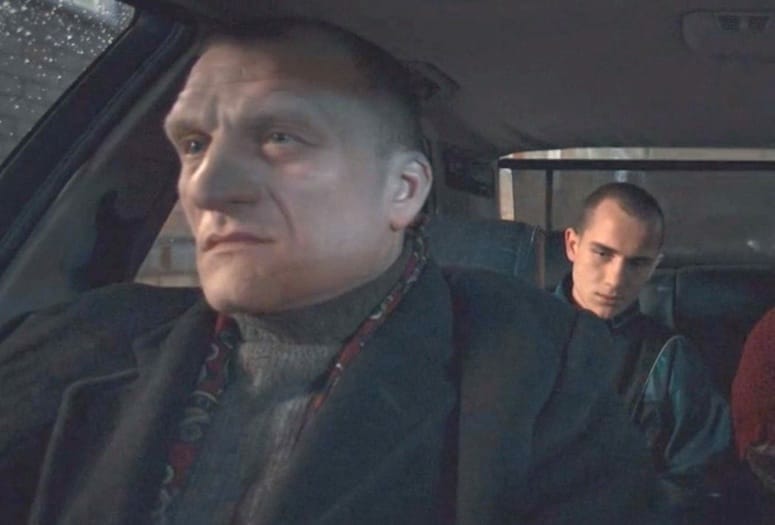 Katheryna Lesyk is one of three female directors from Ukraine whose film, Jordan ’96, will screen during the Palm Springs International ShortFest, which opens June 21.
PHOTOGRAPH COURTESY PALM SPRINGS INTERNATIONAL SHORTFEST

After two years of virtual festivals, filmgoers can take their seats again at Camelot Theatres for all screenings of Palm Springs International ShortFest, June 21-27. Expect 51 programs featuring 300 international selections from 23 countries. Nearly half of them are by women directors and more than a third have filmmakers who identify as non-white.

One of those women is Ukranian director Katheryna Lesyk, who realizes this moment is as much about promoting her film, Jordan ’96, as it is bringing attention to the conflict Ukraine faces every day since Russia invaded 3+ months ago.

“I want to thank Americans and Palm Springs ShortFest for showing an interest in our work,” Lesyk says. “It’s very important for us to introduce ourselves because the world has to know and remember the (Russian invasion). It’s really terrible.” Her family is still in Ukraine, and her friends are fighting to protect their homeland.

Whether it’s spotlighting the strife in Ukraine or raising awareness on another important issue, the return of Palm Springs ShortFest to an in-person event is not lost on Interim ShortFest Director Sudeep Sharma.

“Despite the extraordinarily challenging times, short filmmakers have continued to produce some of the most entertaining, urgent and moving art today,” he says. “We are so proud of their films and honored to be sharing them with our loyal Palm Springs audience and the world. We are looking forward to helping create the connections and rare experiences that only a film festival can make happen.” 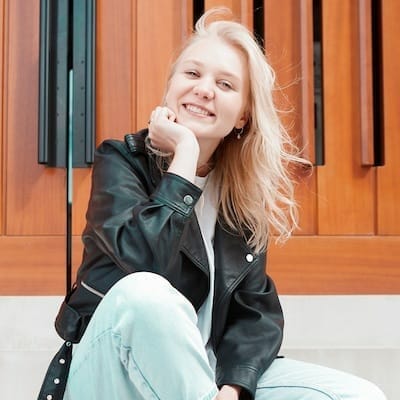 PHOTOGRAPH BY JOEL AMAHORSEIJA
Ukrainian director Katheryna Lesyk says the Russian invasion has made her even more passionate about her work.

Lesyk’s film entry is about a deadly clash between friends. When an ex-pat in the story comes back to his homeland in showy fashionable clothes and takes advantage of his friend’s girlfriend, the pain of the differences in the men’s lives is too much. Lesyk says this is a true story from her family history. “This happened on the eve of my birth. My mother is (portrayed by) the pregnant woman in the car scene. My father is (portrayed by) the driver,” she says.

She explains the timing of her short being shown now gives it “a new vision.” It reminds her of what is happening between Russia and Ukraine – “two friends in the past, who are now in a bad situation.” She has become even more passionate about storytelling because of the war but, for now, her craft must be delayed.

“Our lives have changed and we have changed too,” she says. “After the war, we will spend our money first of all to rebuild our country, our houses, and our industry. Our industry will not be on the same level as before. After that, we can think about new films. We will create a lot of movies about the war, of course, and the most important will be to create movies about us now.”

The other Ukrainian shorts in the fest are Operator Victoria, directed by Anna Yatsenko Sobolevska, about a complex, toxic relationship and a mother’s dream to be reunited with her son, plus The Diaper Cake, directed by Anastasia Babenko, about “two kids who now have a kid of their own.” Babenko, in a YouTube clip for the fest, says she hopes the “somewhat comic” story, inspired by her family, will help filmgoers make a connection with Ukrainians fleeing the Russian invasion. She wants the piece to be a “love letter” to her country’s women and children. 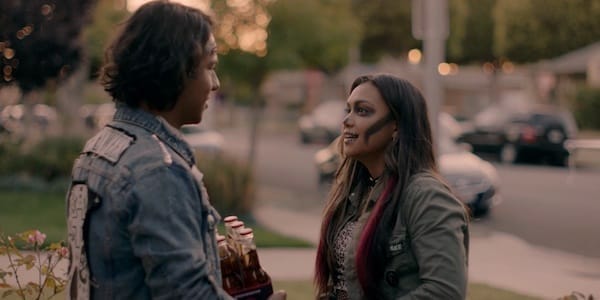 This year’s offerings also include international, North American and U.S. premieres. Among the luminaries featured are Isabella Rossellini (her voice is in Louis I, King of the Sheep), Eric Roberts (Appendage) and Zachary Quinto (Chaperone). Other entries to watch for, some based on honors at other festivals, include: The Blanket; If I Go, Will They Miss Me; Freedom Swimmer; All the Crows in the World; Haulout; Warsha; and Succulent, according to ShortFest organizers.

Among Southern California entries with ethnic themes is Calabaza, a Los Angeles Latine story produced through Film Independent's Project Involve fellowship, a diversity program. Director Stephanie Osuna-Hernandez says, “From the relationship between an immigrant parent and a first-generation child, to the way alcoholism affects our community, to the story's connection to the Los Angeles punk scene, this film is one we need on-screen to let people everywhere know that they are not alone in their personal struggles. Above all, our aim is to provide hope that things can change for the better in their own lives and their families too.” 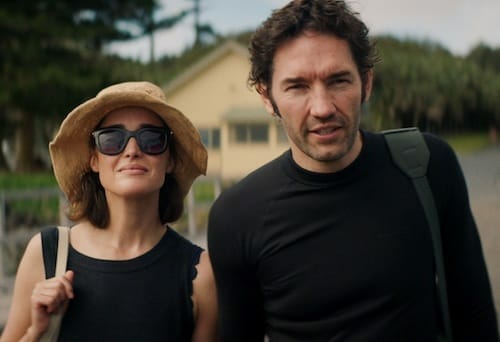 This year’s shorts will take viewers from the U.S.-Mexican border to the Siberian Arctic, discussing environmental concerns and the origins of existence. Some look at spirituality, belief, ritual, extremism, community belonging and how we follow and break societal norms. Also, expect artistry, distorted reality, irreverence and horror. Characters include a man on death row, a 5-year-old undocumented migrant thrust into the care of strangers, a secret police agent, fraudulent bosses, disabled college roomies, romantic interests and a woman with “a love-hate relationship with her breasts.” There’s also animation and live action for kids, including Louise, a crocodile who accidentally sneezes her brain out.

The 28th annual Palm Springs ShortFest is a designated qualifying event for AMPAS, BAFTA, BIFA and Goya awards. A ShortFest Forum will offer virtual classes and in-person panels, roundtables and interactive events featuring industry representatives, filmmakers and other guests, June 22-26. Five Academy Award qualifying awards will be announced June 26. The Best of the Fest shorts will be presented on the final day, June 27. ShortFest will show a selection of award winners and audience favorites virtually after the festival, July 1-10, to viewers who purchase a pass.