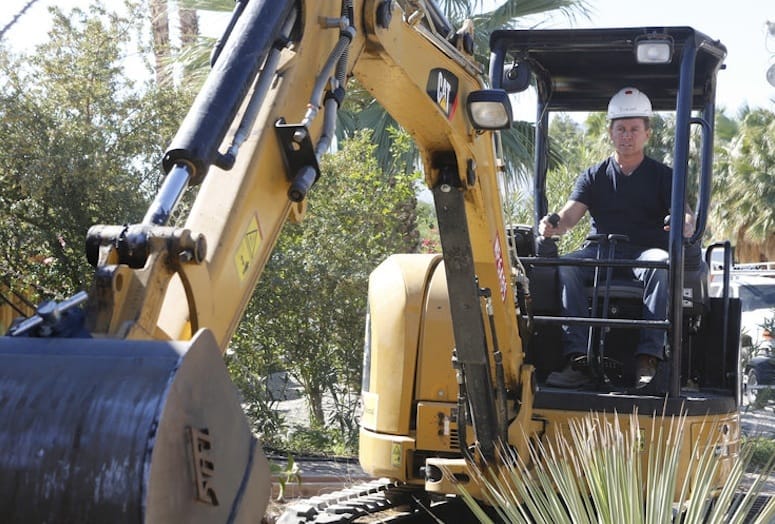 Palm Springs will be featured on NBC’s  American Dream Builders at 8 p.m. March 30 after the cast and crew filmed in October 2013 and transformed two mid-century modern homes in the Racquet Club Estate Neighborhood.

The show will feature Palm Springs attractions, the designers shopping along Palm Canyon Drive, and the lifestyle and beauty of the destination.

“The value of having these shows not only stimulates our local economy, but showcases our city on a national level,” says Palm Springs Mayor Steve Pougnet. “Special thanks to our residents and neighborhood groups for their continued support and patience during the filming of this popular show.”

More than 100 film and construction personnel stayed in Palm Springs and generated an estimated $450,000 in local spending from hotels, catering, furniture, police and fire services, and a myriad of other expenses.

American Dream Builders received a $5,000 grant from the City of Palm Springs as part of the “Film Friendly” Incentive Program, which includes the waiver of film permit fees and a limited quantity of $5,000 grants for production expenditures in the city that total a minimum of $25,000.

Renowned designer Nate Berkus hosts NBC's new one-hour reality competition series  American Dream Builders, which premiered March 23, showcasing the talents of 12 designers and home builders. Each week, two teams will take on a brand new project and be asked to redesign and renovate the space from the inside out – all in a matter of days.