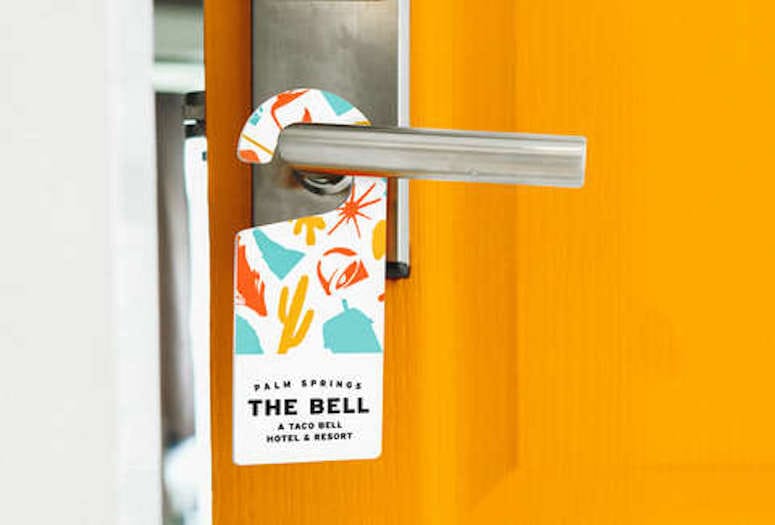 It’s one thing to say you have eaten at Taco Bell, but soon in Palm Springs you will be able to say that you stayed at a Taco Bell Hotel.

This not a new game piece in Monopoly. Taco Bell will launch a pop-up hotel, a boutique called The Bell with reservations opening in June and guests can check in starting Aug. 9, according to cnbc.com.

The exact address is not known at this time, but the hotel will include a gift shop with exclusive Taco Bell bling and an on-site salon offering nail art and hair styling service.

According to Business Insider, the idea behind the hotel is “allowing people to kind of fully experience and embrace and immerse themselves in every aspect of the Taco Bell lifestyle,” says Marisa Thalberg, Taco Bell’s chief global brand officer

According to KESQ-TV in Palm Springs, Yum Brands, the parent company of Taco Bell, will announce in June what existing hotel they have selected to take over on a temporary basis. They plan to remain open for five days.

“The Bell stands to be the biggest expression of the Taco Bell lifestyle to date. It will be fun, colorful, flavorful and filled with more than what our fans might expect,” says Thalberg in a news release on the pop-up. “Also, just like some of our most sought-after food innovation, this hotel brings something entirely new for lucky fans to experience and enjoy.”