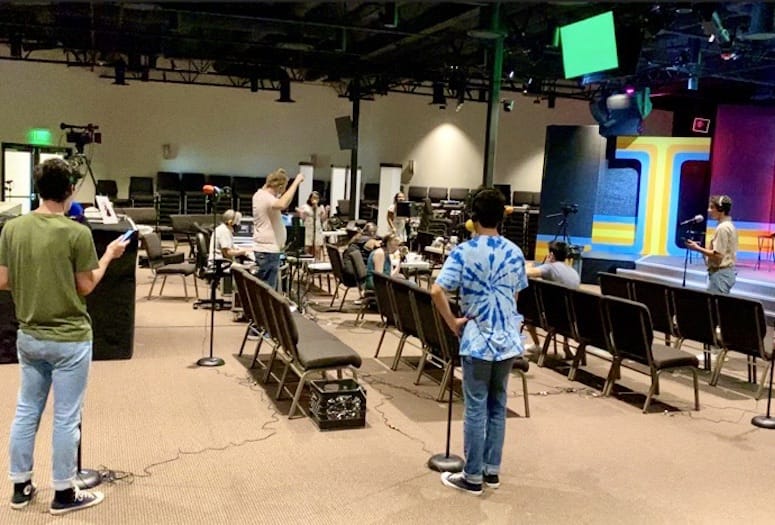 Using the facilities at Church 212 in Palm Desert, the production of Front Row Center takes shape.
PHOTOGRAPHS BY JIM COX

Quiz Jason Graae and he can recite back the names of everyone he worked with and every show he did as a teen growing up in Tulsa, Oklahoma. “It's a very impressionable time and it's very important. It's like, you're a sponge at that time of your life,” says Graae, who went on to a Broadway and TV career, and is giving back as a guest entertainer on Front Row Center, a televised half-hour musical show featuring students from Palm Springs Unified School District’s (PSUSD) four high schools.

“They remind me of why I got into the business in the first place,” Graae adds. “They all take it so seriously. They're so talented, and they just have such passion.”

The show will debut at 6:30 p.m Sept. 13 on KESQ-TV and run for the next 14 weeks culminating with an hour-long, holiday show finale on Dec. 20. The production is a partnership between PSUSD Foundation, Gulf Broadcasting (KESQ - News Channel 3), and Musical Theatre University (MTU), and the show provides a platform for the school district’s Protect the Arts fundraising efforts.

• READ NEXT: How to Send a 'Love Letter' From Palm Springs.

Just three months ago, the same players combined on an hour-long virtual fundraising event, Together We Can, with an all-star cast of local entertainers like Lucie Arnaz joining the students. The broadcast via social media channels proved successful, even reaching an out-of-state audience, and provided part of the impetus to move the show to TV.

The COVID-19 pandemic provided the rest.

“Half of our students' education in MTU is really classroom education, where they are learning the tools with the Broadway veterans as their teachers,” explains David Green, founder and artistic director of MTU, which partners with the PSUSD Foundation to provide its classes to district students normally at Rancho Mirage High School. “And then the other half for us is live performance and putting those skills into practice.We do three main stage musicals a year. With that gone (due to the pandemic), and not knowing long that will be gone, I thought it was the right time to pitch the TV show.” 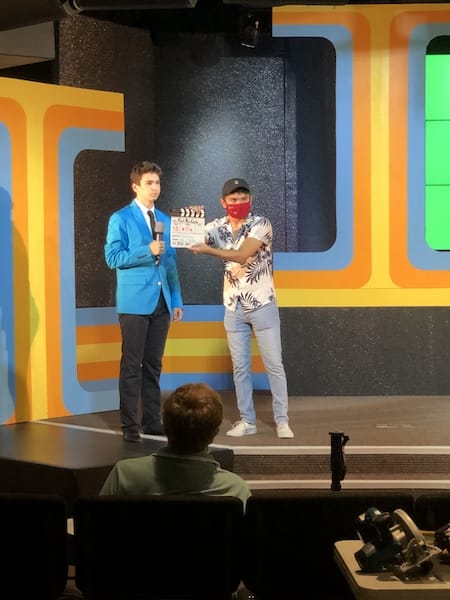 The other part of the equation is financial. The pandemic has placed a hardship on every California school district with the distinct possibility to last well beyond a vaccine, and fund-raising has become a major hurdle even with virtual channels. “And the arts will always be something that is not emotionally expendable, but expendable because of just making hard decisions,” Green says.

That June show proved valuable when Green approached Jerry Upham, general manager at KESQ, about the idea. “After reviewing the first show in June, we liked the quality and entertainment aspect of that show,” Upham says, “and we knew with David behind it, he would put in the resources to attract out of market talent and that made it something we could get behind as well.”

“We're excited too,” adds Green, “because we'll be kind of local performance programming when there really won't be anything else in the desert until at least 2021. So we're kind of excited to be the standard bearer for arts and entertainment locally as well right now.” 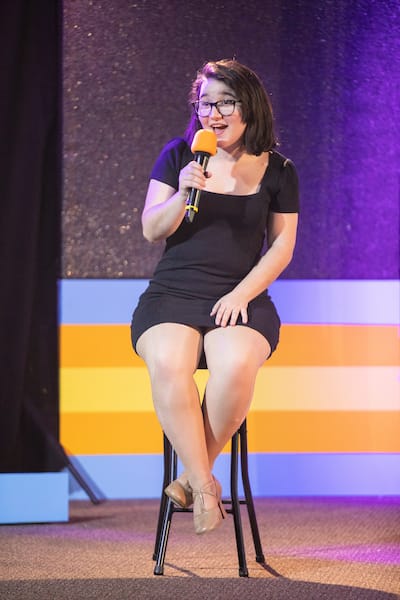 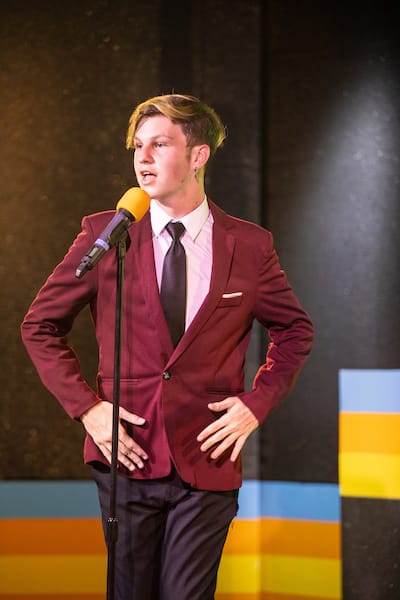 Upham believes Green when he says that, which led to giving the show a time slot that will extend through December. “David is confident of providing an entertaining broadcast every week and we’re looking forward to seeing it,” Upham says.

Since securing the show, Green and the students have had to confront working under pandemic restrictions that place a premium on social distancing, mask wearing, and cleanliness. The students, many of whom had not worked together before, first rehearsed on Zoom before being brought to Church 212 in Palm Desert for taping.

“It's probably the most challenging thing I've ever done,” Green says. “If the circumstances were normal for television, the kids would be performing together. And in this case, because we have to space them and can never have more than like three on the set at a time of 12, we're talking four takes times four groups of people, and then catching the soloists after that.”

Despite what has turned into long days when taping, Green says the students have come ready to perform. “I'm in awe year after year of the kids, and how they rise really to whatever challenge you give them, as long as you're there with them in the trenches,” Green says. “And they rose to this. I think they appreciate how much attention is going into the fact that we're cleaning microphones, cords, and things between every take and between them ever touching anything. I think they really appreciate and are grateful for what we're doing to keep them safe.”

PSUSD Foundation Director Ellen Goodman observed the same dedication from the students during taping, and believes part of it is grounded in the students’ understanding of what this opportunity means. “How many high school kids can we think about or do we know that would have that opportunity?” Goodman says. “Definitely not when I was growing up, but even today, there's just nothing like this. And our champion, the guy who's running KESQ, Jerry Upham, he's a real champion, and it wouldn't have been possible without him. So he really stepped forward and gave us that opportunity.”

Adds Green, “Right now, there's not even really a university in the country that will have their graduates leaving a program with as much tape as these students will have of themselves performing. They're going to walk away with something that professionals want. And that's a professional reel of all of the work they've done for over 15 episodes.” 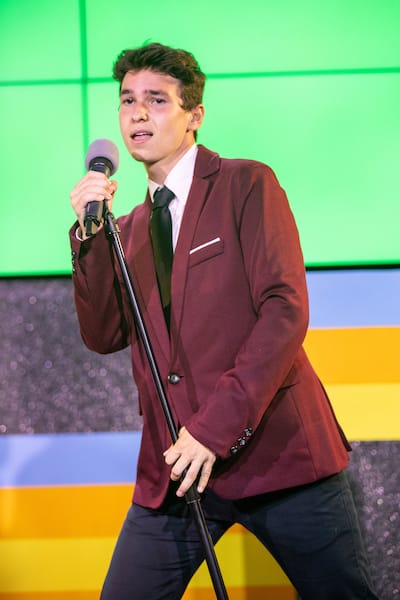 The first episode repeats on Monday, Sept. 21 due to being pre-empted by the Emmys on Sept. 20. The schedule resumes Sept. 27 with the second episode. In addition to Graae, who will perform by himself in the second episode, episode 1 will feature Teri Bibb (who played Christine in Phantom of the Opera on Broadway) and David Engel (Forever Plaid, La Cage Aux Folles, and Seussical) in episode 3.