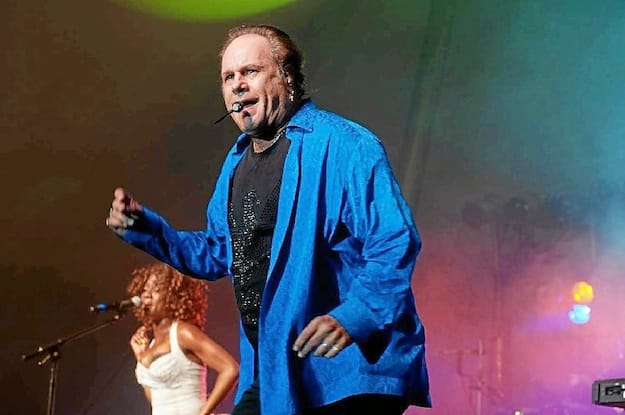 The Palm Springs Walk of Stars will honor KC and the Sunshine Band during the 357th star dedication ceremony at 3 p.m. July 6.

Harry Wayne Casey – “KC,” for short, who lives part-time in Palm Springs, and the group will have their star ceremony at 144 S. Palm Canyon Drive.

Later that day, KC and the Sunshine Band will perform along with the Village People later that evening at Fantasy Springs Resort Casino in Indio.

KC developed a unique fusion of R&B and funk, with a hint of a Latin percussion groove that took off during the Disco era of the 1970s.

"I remember that I always wanted to do something that would make people forget about their problems and be happy," KC recalled. "I always loved music and I was fortunate enough to grow up in a multi-ethnic area that exposed me to a lot of different cultures and music…from Pop to Reggae to Latin. I experimented at trying to put all three types of music together and the Sunshine Sound was born.”

The sound produced a string of No. 1 hits, including “Get Down Tonight”, “That’s the Way (I Like It)”, “Boogie Shoes” and “Rock Your Baby”. KC & The Sunshine Band became the first act to score four No. 1 pop singles in one 12-month period since the Beatles in 1964.

With sales of more than 100 million records, nine Grammy nominations, three Grammy Awards, the NARAS Governor's Award (highest honor given by a chapter of the academy), and an American Music Award, KC and The Sunshine Band was one of the most progressive bands of the ‘1970s and is credited with changing the sound of modern pop music.

Their music has been featured in over 200 motion picture soundtracks, video games, sporting events and TV shows including Desperate Housewives, American Idol and Dancing With The Stars. Music acts like White Zombie, Baha Men and Beyoncé Knowles have covered his music. Their infectious grooves and bass lines have been sampled by R. Kelly, Snoop Dogg and Trick Daddy, to name a few.

The Palm Springs Walk of Stars, founded in 1992, has honored 356 individuals with a Golden Palm Star placed on the sidewalks of Palm Springs.