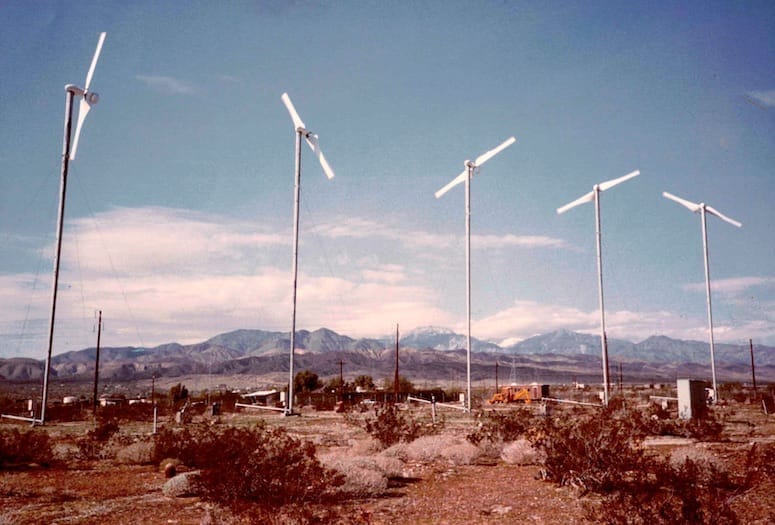 When it comes to windmills, less is actually more.

While the number of turbines dotting the San Gorgonio pass along Interstate 10 may diminish over the next decade, those you do see are producing as much or even more wind energy, according to Annette Said, marketing manager at Palm Springs Windmill Tours.

For 40 years, since  the first Southern Californian wind farm opened in 1982, windmills have been the one constant for travelers coming to the desert looking for respite, relief, and relaxation. 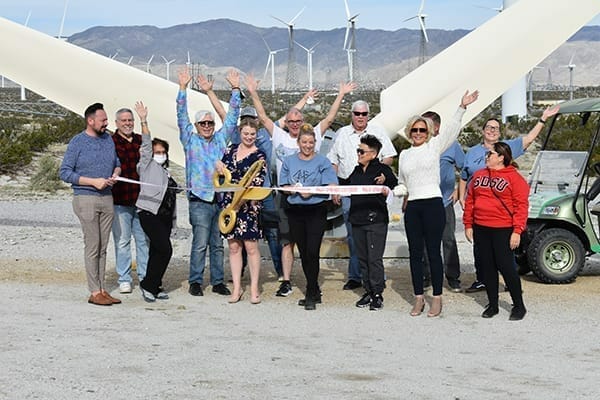 PHOTOGRAPH BY CARL SCHOEMIG
Council Member Christie Holstege cuts the ribbon at the 40th anniversary of the wind park.

A wind turbines’ typical life span is between 20 to 25 years, and new technology has meant that replacements are not always required. The newer turbines – which reach heights of more than 400 feet or a 37-story building — produce more energy because of their bigger wingspan, Said says. Twenty years ago, there were about 4,000 turbines in use. Now that number is 1,346, according to the geological survey.

For greater context and to gain a much closer look at the turbines (no, you can’t actually go inside one), Palm Springs Windmill Tours has been able to pivot even during the pandemic to offer self-driving tours featuring a narrated app. Or you can jump on a five-passenger electric cart and take a VIP tour where a tour guide will answer your questions and point out interesting facts.

The visitor center was once just a gathering place but has now been integrated into the tours with “more exhibits that give a holistic background and more robust information about wind energy,” Said says.

Palm Springs Life chats more with Said about the Windmill Tours, how the company started, and what changes have taken place. 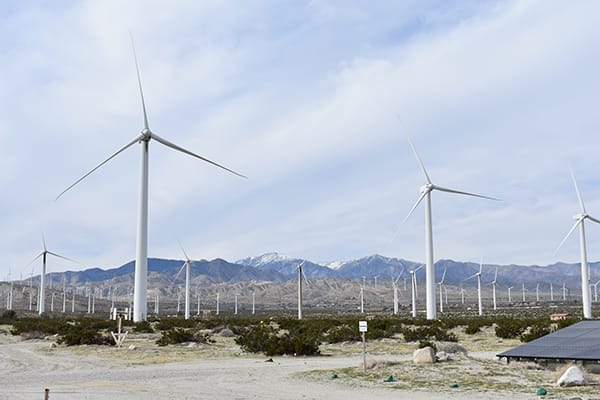 PHOTOGRAPH BY CARL SCHOEMIG
Visitors can book a self driving tour across the wind park.

Who came up with the idea to offer windmill tours?

In 2014, we officially incorporated Palm Springs Windmill Tours and offered bus tours as an educational piece. There wasn't a big understanding about renewable energy. We had a private wind farm and they decided to make it as an extension to offer education on renewable energy.

What challenges did you face?

At the beginning, Palm Springs Windmill Tours started with guided bus tours through the wind park. We found that there was an interest in eco-tours and it was something unique. There was no other wind farm in the United States that was offering in-depth education about renewable energy.

Most California wind farms are located in mountain passes. The San Gorgonio Pass, one of the most consistently windy places in the United States, is unique because the wind farms are visible along a major highway leading east out of Los Angeles, many on flat land and nearby hills at the eastern end of the Pass.

It was a way for us to combat some misinterpretations about wind turbines and the environment. The Audubon Society indicates that migratory bird deaths are less than 0.01 percent. The biggest threat to birds right now is climate change. In the San Gorgonio Pass, we have not seen any dead birds on our wind farm. That doesn't mean it doesn't happen, but because we're surrounded by mountains, migratory birds tend to nest high in the mountains. They don't drop down 10,000 feet to feed, to hunt. 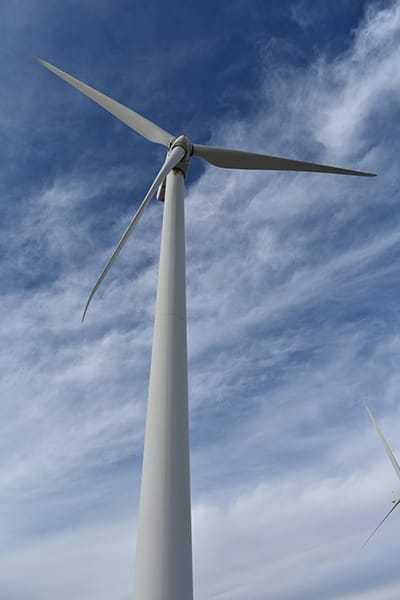 PHOTOGRAPH BY CARL SCHOEMIG
Windmills seem to be more gigantic when standing next to them.

Did you expect it would be such a big success? What do you believe were the keys?

Visitors were always looking for things to do, and it was just part of the iconic landscape. I think that, for tourists to get on a bus and be guided on a private wind farm was a unique experience they couldn't provide anywhere else. Since COVID, we retired the bus, and we pivoted to a self-driving tour where we carefully marked exhibits on our wind farm, and accompanied with a narrated app. This provided a safe, educational and fun thing to do that basically appeals to all ages. We were able to operate during lockdown because we were classified as an outdoor activity.

What has changed from the first tours you offered to today?

Inside the tour center we have geared the exhibit based on the feedback and questions that we get from our visitors, including how does the energy get to the grid? How many homes does the windmill produce energy for? Why is the San Gorgonio Pass so windy? 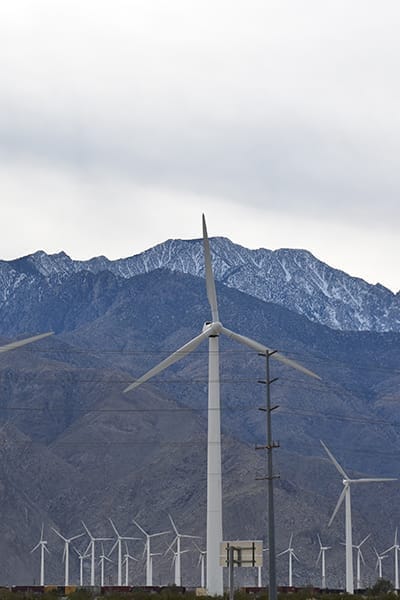 PHOTOGRAPH BY CARL SCHOEMIG
Windmills as visitors see them when driving to Palm Springs.

Why are the windmills so fascinating? What attracts people to take a tour?

People often say they drive past these wind mills, coming in, arriving and leaving the area. They are always curious about why are some spinning, why are some not? They're also curious about, how is this benefiting the Coachella Valley? How many homes does it supply with energy? There is also a lot of misinformation out on windmills and turbines. I think people are curious now more than ever with climate change on top of their mind.

They're curious to see how windmills benefit our climate change. Why do we have so many of them here? We have a lot of people coming in with very specific and smart questions about the climate.

What do you hope people leave knowing about the windmills that they didn’t know before they took the tour?

I think many people are surprised that wind energy is the most consistent, renewable energy to the grid today and the cheapest. They are also very curious about the carbon footprint. They're happy to know that typically a wind turbine can offset its carbon footprint from manufacturing in five to six months.