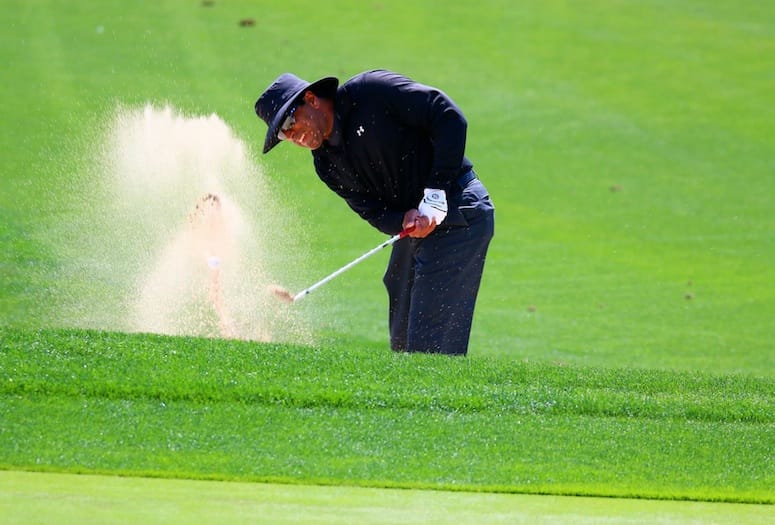 The caller phoned from his car, sitting in traffic in Los Angeles but thinking about golf in Greater Palm Springs. Carol VanNatta, director of the Golf Channel Am Tour’s Palm Springs branch, says the caller was hoping to get into an upcoming tournament just a couple of days away.

“He was sitting there in that traffic jam and I could just feel how much he was looking forward to the chance to play and compete, once he had finally gotten done with his workweek,” VanNatta says. “It really made me realize how invested most players are in their Am Tour lives.”

Next week, VanNatta’s Palm Springs Tour plays host to nearly 1,200 of the Am Tour’s passionate best in Rancho Mirage. They will compete across 12 flight titles in the group’s National and Senior National Championships.

The Golf Channel Am Tour is the largest amateur golf league in North America, giving serious weekend players the chance to test their skills in “strictly-by-the-rules” tournament settings. More than 7,000 men and women, divided by age and handicap into those dozen flights, compete annually in approximately 700 one- and two-day tournaments on many of the country’s finest courses.

Most Am Tour tournaments are organized by the group’s 52 local tours. Some of these tours encompass entire states; others are truly local. The Palm Springs Tour falls into the latter category, which has doubled its number of players and nearly doubled its number of tournaments during VanNatta’s eight-year tenure. The reason is that golfers have voiced positive comments about the tournament experience, regardless of how well or poorly they actually played.

“It just means so much to them to be out here, battling against each other but also socializing together. I mean,” she adds, “think about Kirk. What a story that is!”

“Kirk” is Kirk Williams, who will be among those representing the Palm Springs Tour at the Senior Nationals. Sales director for a trucking company, the 62-year-old Temecula resident has been “on tour” since 2013, dividing his time between the senior (50+) divisions of the Hogan flight (for handicaps between 8 and 11.9) and the Sarazen flight (handicaps 12 to 15.9). He doesn’t mince words when it comes to why he makes this commitment.

Kirk Williams will represent the Palm Springs Tour at the Golf Channel Am Tour Senior Nationals, Sept. 16-19, in Rancho Mirage.

“There’s the competition, of course,” he says. “But at the end of the day, we’re mostly out here for the camaraderie, you know. We cheer the other guys on — even though we really do want to beat them!”

Williams has come out on top several times, winning three Senior Sarazen titles and capping off the year with both a resounding seven-stroke win in the Palm Springs Tour Championship and a healthy margin of victory in his flight’s Player of the Year race.

The formidable game Williams brings to Am Tour tournaments these days isn’t the one he arrived with on tour. “I have improved so much, thanks to being out here,” he says. “I don’t make a lot of birdies, but I’ve learned to think my way around a course and keep the big numbers off my card.”

There is, however, an aspect of Williams’ play that doesn’t show up on his scorecard, and that’s why VanNatta singles him out. After posting a hot opening-round 83 in the Tour Championship a few weeks ago, the burly Williams found the even-hotter August afternoon catching up with him. And down he suddenly went in the post-round clubhouse, eventually spending several hours that Saturday evening hooked to an emergency room IV line. “Believe me, my girlfriend did not want me to play,” he says.

Sporting a burgeoning face-plant shiner, Williams persevered to shoot a field-best 81 and secure that championship crown. “It’s just so inspiring,” VanNatta says. “A little bit crazy, maybe, but inspiring. Like the Am Tour, I guess,” she adds with a laugh. “Just like the Am Tour.”