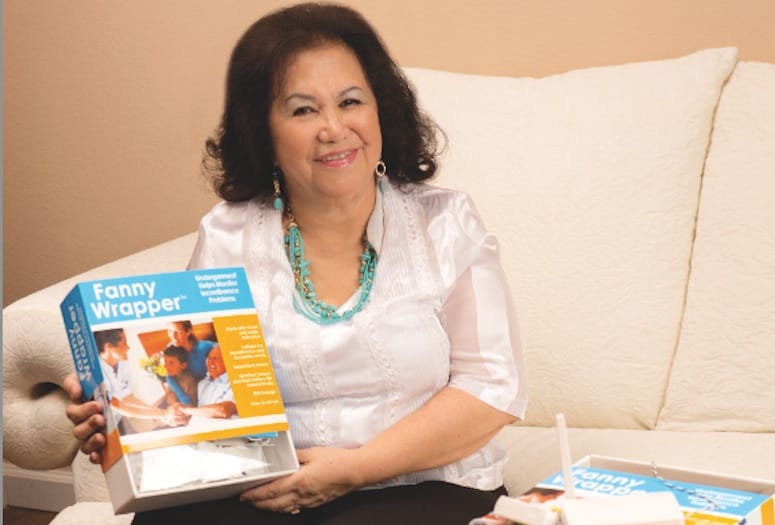 The most successful startups list intellectual property — a patent, for instance — as one of their assets.

Several companies operating in the Coachella Valley iHub hold patents for their innovations. One is leading the field of energy management and storage, while the other is managing the sensitive issue of elder incontinence to help prevent dermatological issues and infection and enhance patient comfort and confidence. Both are breaking ground and advancing their respective fields.

FOUNDER: Fanny Ramirez, who has worked with Alzheimer’s and dementia patients for 25 years. Many struggle with incontinence, and then develop ulcers deep under their skin that never heal.

MISSION: Use her patented Fanny Wrapper adult garment to prevent incontinent patients from developing rashes, infections, ulcers, dehydration, and other conditions. The product works as a standard diaper with a disposable pad that incorporates a water sensor and a transmitter that sends a wireless signal to the caretaker’s receiver when the patient needs a garment change. “My dream is for people not to be in pain,” Ramirez says of the idea she has been perfecting for 10 years. “Patients can die from incontinence-related infections. I needed to help.”

WHY THE COACHELLA VALLEY: The area is rich with healthcare services and people who need them. Ramirez offers a solution to hospitals, nursing homes, and private caretakers that has the potential to improve the lives — and provide economical benefits to medical institutions — through prevention on a global scale. FOUNDER: Steve Tolen, president/CEO, whose energy management company originally built plug-and-play battery packs for electric vehicle owners. “We found the automotive industry wasn’t interested in battery-powered vehicles no matter what they say,” he recalls. “Utility companies, however, were interested in talking to us about storage and charging systems, and we realized there was a huge market.” He modified his system to work on a grid, and it took off.

MISSION: Become one of the world’s top power-management companies. The company has introduced an energy management system at Yellowstone National Park, where recovered Toyota hybrid-car batteries store and manage the power from solar panels and microhydro turbine systems. The energy powers a ranger station, research building, and other remote buildings. The implementation of used batteries for commercial energy storage is an industry benchmark that blends power sources and optimizes energy. IPS holds four patents and has three more pending.

WHY THE COACHELLA VALLEY: Since joining the iHub, Tolen has built a California presence while exploring potential partnerships with battery companies and a solar installer. He expects to manufacture energy management containers for the military and local uses. “One of the reasons we like California is it has one of the largest concentrations of distributed energy,” Tolen says. “The Coachella Valley has been a great fit. All you have to do is run out to the interstate and see all the solar and wind farms. We love it.”