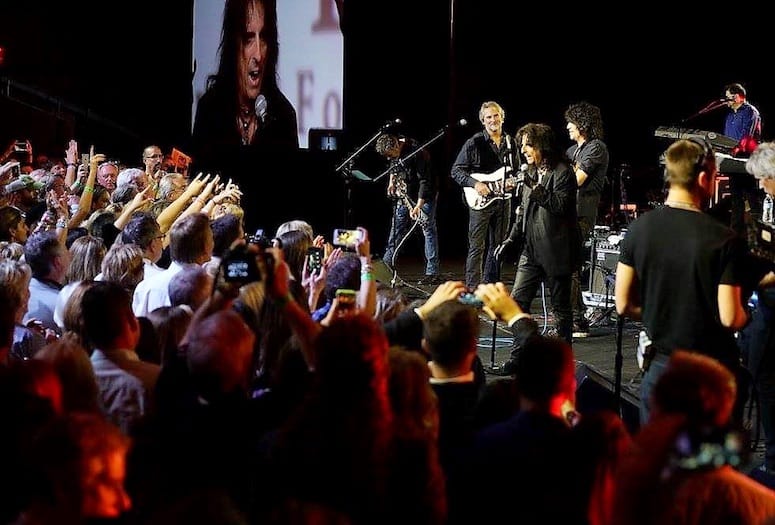 Alice Cooper is among the celebrities who will perform at Rheneypalooza Jam on March 1 at the JW Marriott Desert Springs in Palm Desert.
PHOTOGRAPHS COURTESY PATRICK WARBURTON CELEBRITY GOLF TOURNAMENT

The ninth annual Patrick Warburton Celebrity Golf Tournament will return to the desert once again from February 28-March 3, bringing in more than 75 stars, songwriters and rock legends for a weekend of golf and one-of-a-kind music events.

The event has grown to become “St. Jude Week in the Desert,” all to benefit St. Jude Children’s Research Hospital, which is leading the way the world understands, treats and defeats childhood cancer and other life-threatening diseases. The Warburton is the top highest grossing golf tournament for St. Jude nationwide, and surpassed its goal yet again last year – raising more than $8 million in its 8 years of existence.

Tournament host, actor Patrick Warburton, perhaps best known for playing Puddy on Seinfeld as well as the star of the syndicated sitcom Rules of Engagement, the voice of Joe on Family Guy and numerous movie roles in movies like Ted and Ted 2, The Tick, Disney’s The Emperor’s New Groove and Planes: Fire & Rescue, and DreamWorks’ Mr. Peabody & Sherman, brings together many of his celebrity friends to highlight a star-studded weekend in the desert raising much-needed funds for kids battling pediatric cancer and other life-threatening diseases.

Celebrities will begin arriving on Feb. 28 for Songwriters Night – which will be held at the Pavilion at JW Marriott Desert Springs in Palm Desert. This will be an evening with a group of renowned Nashville songwriters telling the stories behind their biggest hits, along with performing those hits. The event will be hosted by HLN morning news anchor, Robin Meade. Tickets are $150 and include a barbecue dinner and drinks.

Friday night’s Rheneypalooza Jam – named for event co-founder and Board Chairman, Clarke Rheney – has generated a lot of buzz as “the best event in the desert” and sold out the past few years because of its unique line-up of Rock-and-Roll Hall of Famers and other famous rock legends who perform some of their hits in the ballrooms at the JW Marriott Desert Springs. 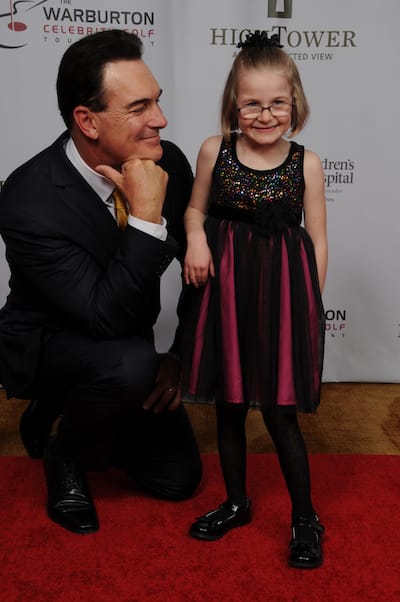 Patrick Warburton with Natalie at a past Warburton Celebrity Golf Tournament.

The celebrity golf tournament, which is sold out but has a waiting list, is held March 2-3, at the Classic Club and the JW Marriott Desert Springs in Palm Desert. Each foursome golfs with a celebrity. It is a non-spectator golf tournament, so those who wish to participate in the weekend’s festivities are encouraged to purchase tickets to the evening events. 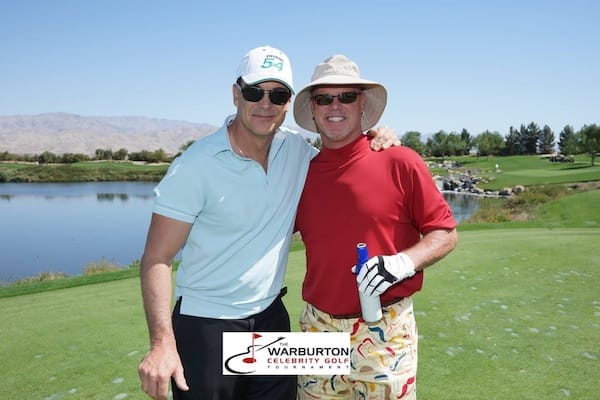 The Saturday Soiree on March 2 will feature red carpet appearances by many of the celebrities involved with the tournament, as well as a dinner and music by Sixwire – the band featured on the TV show, Nashville. Other celebrities will join Sixwire on stage including a scheduled appearance by Mark McGrath of Sugar Ray, as well as actors Christian Kane and Chip Esten among others. Tickets for the Saturday Soiree are $300.

“We keep hearing there is no event like this in the desert, which is why it sells out earlier and earlier each year. It’s the perfect blend of celebrities, musicians, golf and unique events that aren’t duplicated in way out here,” says  Rheney, tournament chairman and St. Jude’s 2017 National Volunteer of the Year. “We have rock legends, actors and sports heroes who use their star power for good, mingling with fans and doing their part to raise money and awareness for the kids of St. Jude Children’s Research Hospital.”

For more information or to purchase tickets, visit thewarburton.com.