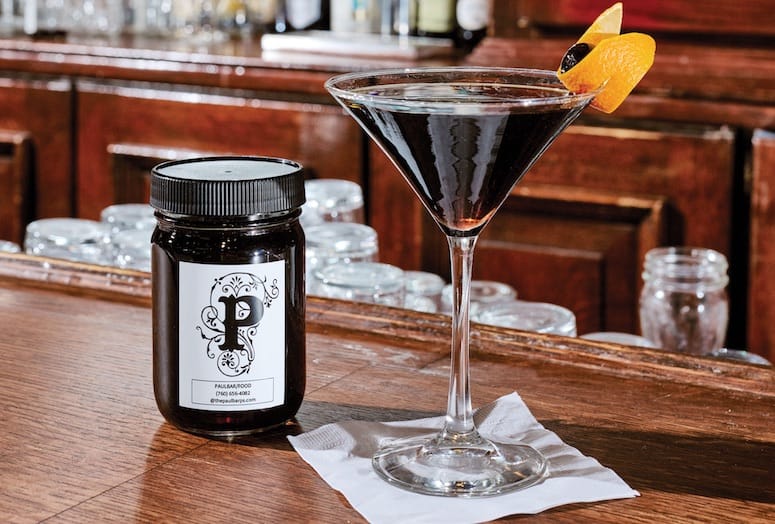 Look at a current cocktail menu and you’ll likely see wet and wild creations with a long list of unconventional ingredients — herb-infused syrups, exotic juices, or tinctures derived from that darling of the cannabis world, CBD. While these flashy drinks become more common, their understated counterpart, the classic cocktail, is proving itself the comeback kid of the bar world.

Sure, there’s always been demand for stalwarts like the Manhattan and the martini, especially in the Coachella Valley, where the Rat Pack made that triangular stemmed glass a staple of the good life. More bars are going back to basics with expansive classic cocktails focusing on high-quality liquors, eschewing mass-produced booze in favor of small-batch spirits, along with proper ice and vintage-style glassware. They’re also putting their own spins on classics, tweaking a recipe while retaining the integrity of the original.

“Back in the day, cocktails were starting to get silly. I blame the apple martini,” says Paul O’Halloran, owner of Paul Bar/Food in Palm Springs. “Drinks started to get five to six different ingredients. They were making crazy sweet, sweet drinks. There was too much going on. A drink can’t be balanced when you have too many ingredients.”

Meanwhile, a traditional cocktail has only three components:

• The Modifier. This ingredient is the (usually alcoholic) component that complements the base spirit without drowning it out. Think of a fortified wine like vermouth, an apéritif like Campari, or a flavor-forward liqueur. It can also be a fresh fruit juice in sour drinks.

• The Aromatic. Also known as an accent or perfume, this component usually makes up the smallest portion of a cocktail, but packs a fragrant punch, rounding out the recipe and putting the finishing touch on a drink. An oft-used aromatic comes in the form of a few drops of bitters but the category can also include simple syrup or a citrus rind.

The mixing method is another critical element: The decision whether shake or stir a cocktail isn’t an arbitrary one. “In general, you’ll shake anything with juice,” says Faith Schroeder, director of food and beverage at Sands Hotel & Spa and its Pink Cabana restaurant in Indian Wells. “Something like a whiskey sour with a high lemon juice content will be shaken, while a drink like a Manhattan or an Old Fashioned is generally stirred because it’s mostly liquor and you don’t want to cloud the liquor by diluting it too much by shaking it.”

Here’s a cheat sheet on the anatomy of three tried-and-true cocktails that have weathered the trends and never given up their seat at the bar.

Despite the rise of the vodka martini during the Absolut boom-boom days of the 1980s and ’90s, purists insist that the most fabled classic cocktail of them all should be based around gin, as it was when it was invented more than a century ago (though where, when, and by whom remain in dispute).

“Most traditional martinis are gin martinis,” Schroeder says. “Then, you have your dry vermouth, but you also have that third component — a lemon peel to essence the top of the glass and drop it in. It’s an aromatic and flavorful thing.”

A more-savory garnish — like an olive or a cocktail onion (the latter of which would actually turn the drink into a Gibson) — serves the same purpose of cutting the booze but with a totally different outcome. “It’s that last thing that pulls it all together,” she adds. 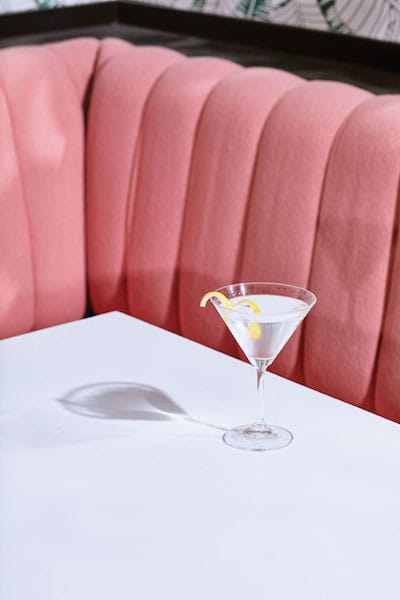 While the botanicals from the dry vermouth are meant to marry with those from the gin, how much of each to use stirs as much debate as about everything else surrounding this sacred drink. Many recipes call for a half-ounce of vermouth and three ounces of gin, but in the end it comes down to personal preference — part why you see barkeeps using droppers, atomizers, and miniscule measuring thimbles to dole out the proper amount. “I personally like just a rinse of vermouth,” O’Halloran says, ”in a really cold glass.”

While most Manhattan fans use double the Bourbon than the sweet vermouth, good vermouth is just as important as good Bourbon in this classic cocktail. Lower-end vermouths can be cloying with an overpowering cherry flavor, whereas the ideal version should be sweet but feature more botanical notes. The best test: If it’s not something you’d want to sip on its own, it’s not worthy of going in your cocktail.

“There are so many different varieties of vermouth out there, and different countries do them different ways,” O’Halloran explains. “My favorite is Dolan, which is French. It’s the most delicate to me. And then the bitters are so herbaceous that it calms down the sweetness, and the bite from the booze is transformed by the botanicals of the bitters. That’s a perfect drink. It’s genius.” 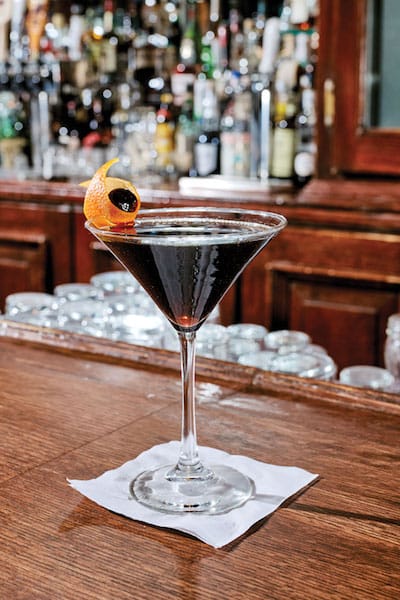 Paul Bar’s signature Black Manhattan stays true to the drink’s roots, utilizing rye, the Italian digestif amaro, in place of vermouth and orange bitters swapped in for Angostura. “You can do variations on it, but there are still just three ingredients,” O’Halloran says.

Stir 30 times in a mixing glass with ice, strain into a chilled martini glass, and garnish with an orange peel and a Luxardo maraschino cherry.

This tart poolside refresher may not seem to fit in with the other booze-heavy big boys in the category, but — neon-colored chain restaurant versions aside — true margaritas actually do stick to the same classic cocktail formula.

“They’re just tequila, lime, and then some orange component,” says Schroeder, who notes the resort’s addition of a sage margarita that includes the supplemental aromatics of sage and grapefruit bitters. “We use Grand Marnier or a dry Curacao made with proper Curacao oranges, so it’s less sugar content. That’s also a great one to do a seasonal riff on.”

Paul Bar’s recipe uses a little agave syrup instead of the orange liqueur. The result is more than a fresh, simple cocktail. For O’Halloran, it’s “also my favorite drink on Earth.” 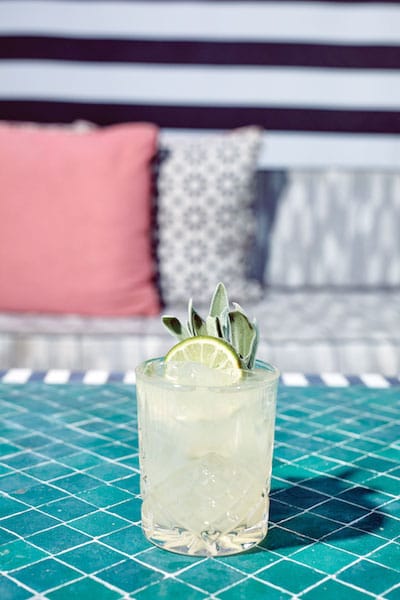 At Sands Hotel & Spa, the margarita has the aroma of sage and grapefruit bitters.