In the early morning hours of June 28, 1969, Peter Palladino found himself on the sidewalk outside The Stonewall Inn in New York City’s Greenwich Village. He was young, gay, and far from home, in a volatile place at a dangerous time.

Despite the civil rights progress of the era, it was still illegal for two men to be seen holding hands or dancing together. It was illegal to appear in public without at least three articles of gender-appropriate clothing. The Stonewall, however, was a dive bar that catered to those who were outsiders even within the gay community, including drag queens, runaways, and homeless people. This made it a favorite target of the police, who routinely raided the club.

That night, as Palladino watched, cops again began to harass and arrest the nightclub’s customers. This time the crowd refused to submit. They fought back, sparking an uprising that continued for six days. “The Stonewall Rebellion” would become the foundation of the modern LGBTQ movement. 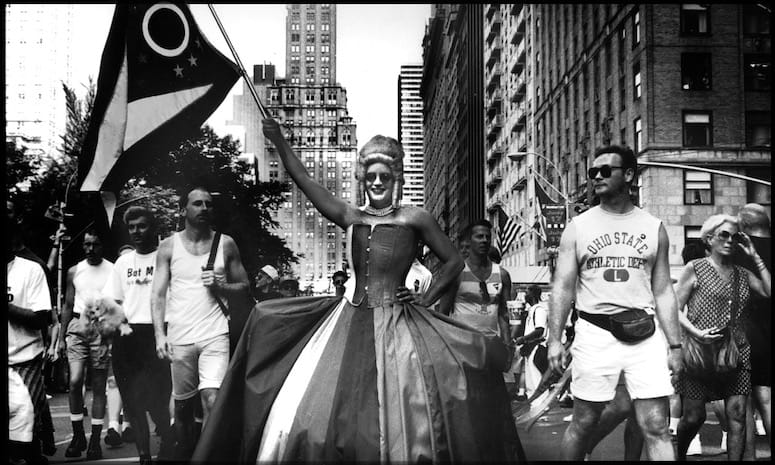 Twenty-five years later, Palladino returned to document the anniversary celebration. By that time, he was a professional photographer with a career in Los Angeles. His lens captured the overwhelming emotion of the participants as they reflected on gains made and lives lost.

To honor the Palm Springs Pride festivities, a collection of Palladino’s hand-printed silver gelatin images will be displayed at the Simeon Den Gallery, complemented by archival reproductions created by local photographer Stephen Baumbach. The exhibition, 1994 New York Gay Pride / 25th Anniversary of the Stonewall Riots, opens with a reception from 5 to 8 p.m. on Nov. 10.

Palladino took time from his current interests to talk with Palm Springs Life about his memories from 1969 and 1994.

You were outside The Stonewall Inn when violence broke out. How did you come to be there?

I was a runaway from Syracuse, New York. I was running away because I just couldn't take school. I was with my cousin. I had just turned 17. You could drink at 18 in New York but I wasn’t able to go to the bars. Our plan was to go to Florida. 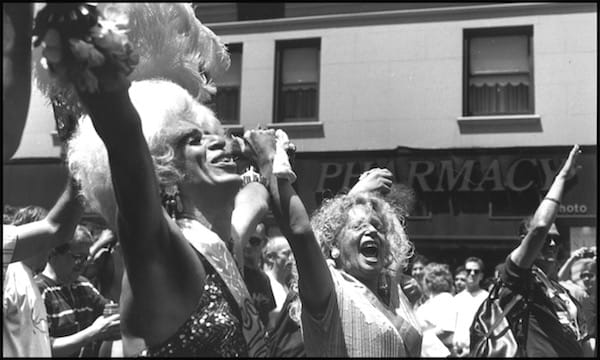 We were young kids, we hustled for money. We'd never been to New York City. We knew nobody in New York City. I think he knew one person that he talked to on the phone. They told him where was a good place to hustle, and something about where to get brown rice. So we ended up in the Village. It was a total fluke.

Sheridan Square had all these queens. The whole thing was drag queens and homeless. There were other gays that were a little more respectable. They even held drag queens for the police to pick up. The Stonewall was sketchier. It catered to homeless and people who tricked, hence they were targeted more.

The rule was that you had to be wearing three articles of men's clothing in order to not get arrested. You’d see the biggest queens with a full face of makeup, teased their hair up, but they had men's shoes or men’s pants.

What did you see and hear? How did it start?

Here’s the whole crowd of gays. They [the fire department] are threatening to start the hose. Out of the blue comes this guy — obviously a professional dancer or modern dancer — to taunt the police. He wasn’t in full drag. He had dark hair and was small. You knew he was a professional dancer. He was jeering right in front of the hose, taunting them. All the queens clapped, and the hose never got turned on.

Yes, they were homeless and yes,

they were drag queens and

maybe there was drugs involved

—  but the bottom line is they

fought back. None of this

[Gay Pride] would have happened

if they didn’t fight back. 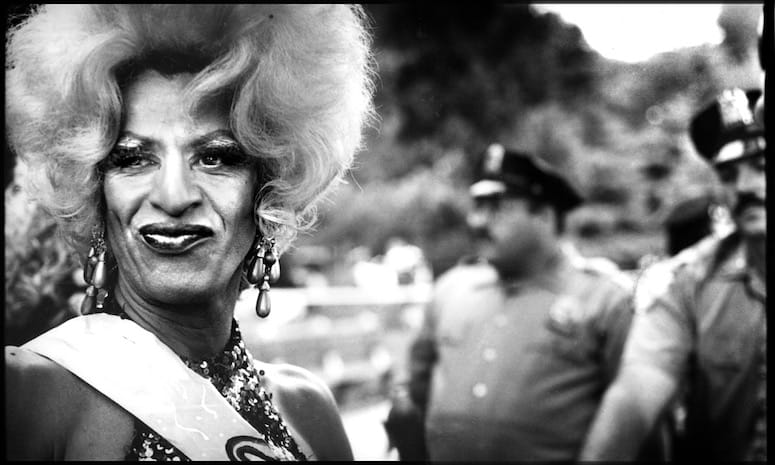 You have to understand one thing: I was a spectator. I didn't know what I was watching. I'm from rural upstate New York. I knew they were gay and I knew there was police and I know there was fighting. I didn't know until maybe like six, seven, eight years later that Gay Pride was [commemorating] that day.

Gay men have a thing about drag queens. Some gay men discriminate against them. When I started doing my series on transgender, I can remember the gay men where I get my film developed, snickering about them. I can remember seeing Paris is Burning and having gay men saying slurs about these queens. There's always been this thing where queens are the underdog of a certain segment of the gay population. Yet, trust me, I was there. It was the drag queens that did it all.

They were targeted by the police. The gay businessman wasn’t going to get targeted at Julius', a more respectable bar down the street. They got the people that were Stonewall people. Yes, they were homeless and yes, they were drag queens and maybe there was drugs involved —  but the bottom line is they fought back. None of this [Gay Pride] would have happened if they didn’t fight back.

Were you already thinking about being a photographer at that point?

No. I can remember being a child and saying I wanted to be a photographer. I wanted to be a commercial artist, but my father discouraged me, saying I would end up painting street signs. I wasn’t thinking about doing photography until I moved to Los Angeles in ’78. I photographed Quentin Crisp and Holly Woodlawn. But I became infatuated with drag queens when I was very young.

How did you end up photographing the anniversary celebration?

Everybody was there. It was an amazing thing — but that's 25 years later. The last thing in my mind was that [the anniversary] was going to be historic. I never thought my pictures would be historic. I didn’t think I’d live that long.

What do you want people today to know about Stonewall?

The fact that Gay Pride has become such a huge thing — I still think that these original Stonewall people were slighted. [Community activist] Christina Hayworth, I was marching alongside of her and got so many wonderful pictures of her. She was living in Puerto Rico and the last time I saw any posting, she was destitute, living in an abandoned building, when she was 70 years old. These people were still marginalized.

That photograph I have of them, where I’m in the front row when they first started, and they saw that crowd — they all broke down in tears. It was so emotional because they’re always the underdog. They never got credit. And then it did kind of get hijacked. Look at me, I didn’t know that the gay celebrations were about Stonewall. I, as a gay man, did not know that these Pride Festivals were numbered, in years of celebration [based on the anniversary of Stonewall], until later on. It was kind of taken over by Gay Pride. Again, these drag queens had to fight to get credit.

This whole thing of them marching in the front, was just — it was really beautiful. 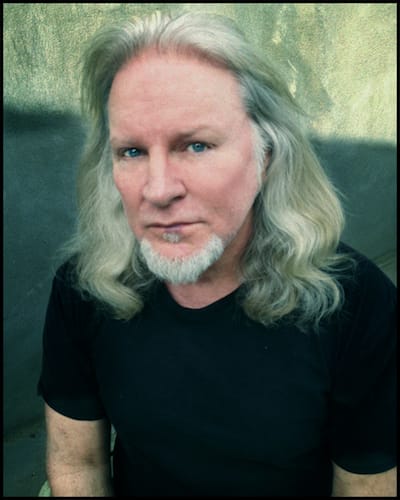 What is it that you love about drag queens? How did you become infatuated with them?

My earliest memory is being with my mother in downtown Syracuse. There was a supper club in the heart of the city. It had big black-and-white photographs of these glamour girls, these women with pitted skin and too much makeup.

And I said, “Oh, Mom, they’re so different! They’re so beautiful. I never saw a woman like this.”

And she said, “Oh, get out of there. They're just a bunch of queers.”

It was the Jewel Box Revue that was performing. That was my very first introduction.

When I moved out here, I started getting involved in photographing transgender. We're talking 30 years ago, almost. Back then it was very different. There was no RuPaul, there were no people standing up for transgender.

They were so disenfranchised. The people that I photographed were fabulously interesting in their stories and how they lived.

What do you photograph now?