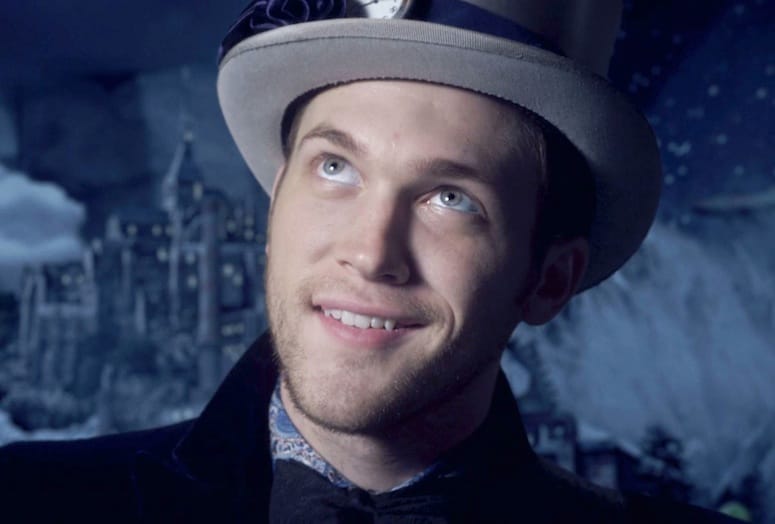 However, fans of the talented musician will strongly disagree.

Hailing from Georgia, the singer, guitarist, and songwriter wowed audiences with his rugged, rootsy, rock ‘n’ roll music to win American Idol Season 11. And his post-Idol journey has only legitimized that victory.

• Phillips’ victory song, Home, went multi-platinum and is the most successful coronation song of any Idol winner.

• The 2012 release of his album, The World from the Side of the Moon, debuted at No. 4 on the Billboard Top 200 and also went platinum.

• His critically acclaimed sophomore album, Behind the Light, was released in 2014 including the hit song, Raging Fire. Phillip Phillips says he doesn't like being the center of attention.

Coachella Valley audiences can hear for themselves when Phillips appears Dec. 6 at Fantasy Springs Resort Casino in Indio.

Palm Springs Life caught up with Phillips during his North American headline tour.

As your journey on American Idol progressed, you remained true to yourself. You didn’t change your dress or your style. Was it difficult to take this stance?
“For me, I didn’t care to be famous. I just wanted to play music for people that wanted to hear it. I just did my own thing.”

How has your life and/or music style changed since the show?
“Well, I’m gone a lot.  I don’t get to see my family as often. I’ve learned a lot about myself as well as the business. Every artist is always learning something new and trying new things to stretch their creative ability. No matter how talented you are, there is always something new to learn.”

Do you enjoy touring?
“Yes, I love it. I get to see something new all the time. Touring is a huge part of music. If you can’t play a song live, you don’t need to play.”

Behind the Light has been described as a moodier album, inspired by growing up and embracing the weight of what that means. You’ve said that growing up is a scary thing but at the same time kind of beautiful?  What scares you?
“Changes, death…so many things. Watching your parents, grandparents get older. Life becomes more real and you have more responsibility.  You see things with a different view than as a kid.”

What do you think is beautiful (about growing up)?
“You get to see children, like my nieces, grow and watch them grow with the person you love dearly. “

Do you have a special love in your life?
“Yes, Hannah.  She tours with me. She’s my rock. We have been together five and a half years so we’ve experienced all of this together. It’s been amazing. She knows the real me.”

We know you are from Georgia, worked in the family pawnshop and play a wicked guitar. What are some things we may not know?

• “I’m OK at baseball. I love going to games… and I love college football.”