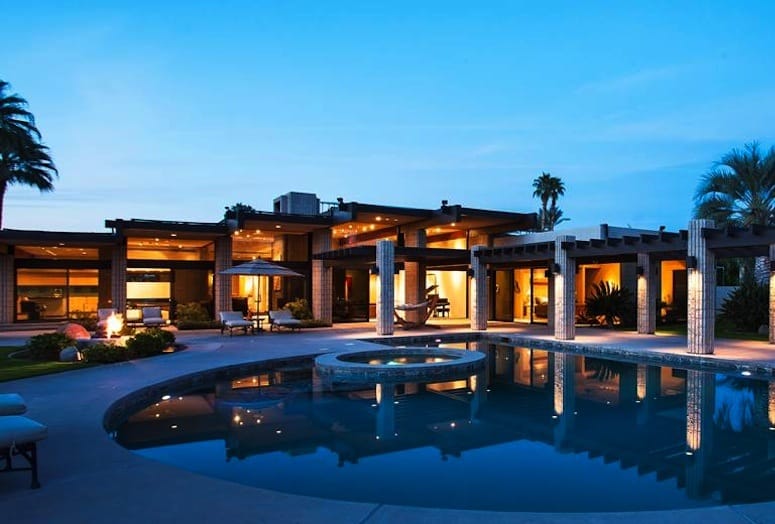 A cocktail reception with Ricardel's photographs available for sale will be held at the stunning Rancho Mirage residence from 4- 6 p.m. Tickets are $45, with a portion of the evening’s proceeds benefitting The Palm Springs Modern Committee, a 501 (C-3) non-profit membership group dedicated to preservation, education and advocacy for desert midcentury architecture. In this insightful, intimate collection of images, Ricardel explores the impact of the environmental changes at the Salton Sea on the life and structures there. The Salton Sea was caused by a flooding accident in the early 1900’s. Overflowing canals that were built to divert water from the Colorado River spilled over into the Imperial Valley, flooding the salt basin and creating the Salton Sea, the largest lake in California.

During the 1950s and early 1960s the Salton Sea was a thriving resort community and tourist attraction, however, the lack of water outflow and evaporation resulted in high salinity content and by the late 1960s, the proliferating pollution thwarted hopes of ever realizing the carefree lifestyle envisioned at in the California Desert at midcentury.  Pollution, deterioration and a receding shoreline continue to this day and finding a solution is a hotly-debated topic in Congress.

“From afar, Albert Frey’s North Short Yacht Club is breathtaking, and as one moves closer, its renovation reveals the promise of what might have been and what could still be,” says Ricardel in his artist statement. “The Salton Sea is a living metaphor for the transience of lives and dreams. The residents of this area live against a backdrop of rusted, dried out structures and skeletal objects. Wildlife is imperiled as the Salton Sea becomes unable to sustain life in the seas, on the ground, or in the air. Absent intervention, this trajectory of withering life will continue. ”

Oasis Lost? The Salton Sea, is a compelling reminder that even in the most desolate spaces, one finds beauty and hope.

This exhibition is sponsored by Joannes Lucas and TTK Represents.