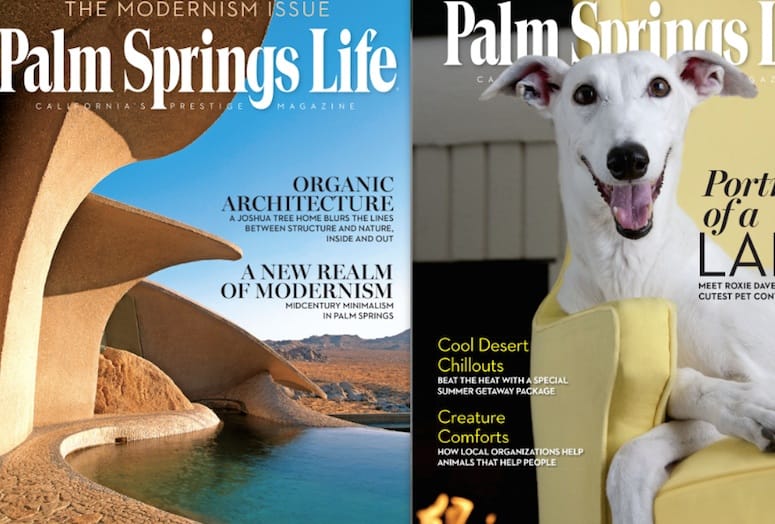 Here are two favorites from 2014: February's tribute to Modernism with an amazing spread on this Joshua Tree home, and August's perfectly posed winner of our Cutest Pet Contest.

As we raise our glasses on New Years Eve and recall the highlights of 2014, we remember the people, places, and even the animals who made us stop in our tracks to look at their cover appearance on Palm Springs Life magazine.

You must have a favorite over the 12 months. Tell us the Best of 2014 and leave a comment at the bottom of the story.

In order to leave a comment, you need to be a registered user. It's really easy to sign up.

If you are already a registered user, simply log in and tell us your favorite cover.

In case you need a reminder, here are each of the covers for 2014: April 2014: a mix of music and fashion for Coachella, Stagecoach. September 2014: The illustration originally appeared on the cover of a January 1961 edition of the magazine. October 2014: The Progress Issue put a spotlight on the Salton Sea.