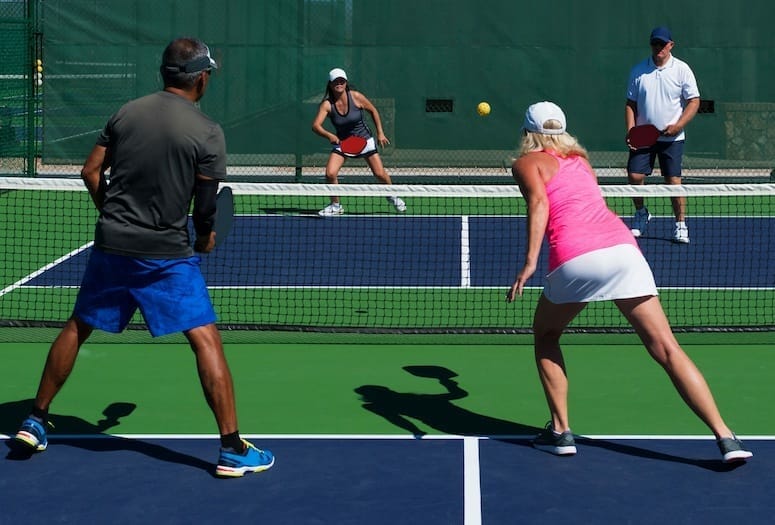 Simple rules make it easy for new players to pick up the sport. Competition among friends makes it addictive.
PHOTOGRAPH BY GETTY IMAGES

What do you get when you cross professional tennis with badminton and ping-pong? Unless you’ve been living under a rock, you’ll know the answer: It’s pickleball, of course, a sport that has taken over the Coachella Valley in the last decade (literally, as many oft-used area tennis courts have been converted for pickleball play).

Billed as a fun sport that’s easier to get into than mainstream racket-slinging, pickleball is among the fastest growing sports in America, according to a 2022 report from Sports & Fitness Industry Association.

Indian Wells resident Kim Jagd, a former competitive volleyball player, discovered pickleball in 2015. She’s now a top senior professional who travels the country to play upward of 20 pro tournaments a year; Jagd has medaled in each of the game’s majors. Here, she provides a super-starter kit for newbies who are eager to see what all the fuss is about. 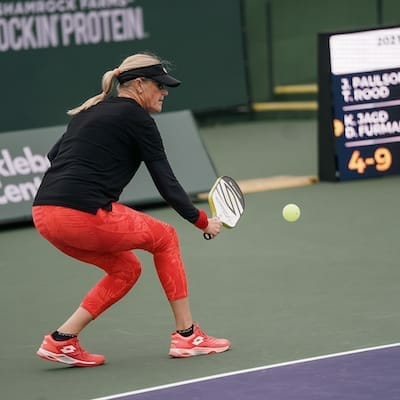 Like everything these days, Jagd says, you can take a crash course at home. “PlayPickleball.com is a perfect website for beginners looking to start playing. I also recommend taking a lesson with a certified teacher, whom you can locate through PPRPickleball.org.”

“For newcomers learning the ‘Third Shot Drop and Drive’ strategy [meant for doubles players]: Be sure to evaluate your third shot, or more specifically, your partner’s third shot to ensure its quality before advancing forward to the non-volley zone line.”

GET OUT THERE AND PLAY

“There are some great public parks in the Coachella Valley that have open pickleball play. Among them: Demuth Park in Palm Springs, Freedom Park in Palm Desert, and Fritz Burns Park in La Quinta.” Several area resorts offer public courts, as well.

• READ NEXT: Tap into the Healing Spa Treatment of Greater Palm Springs.