Pioneers of the Desert: How They Found Their Inspiration 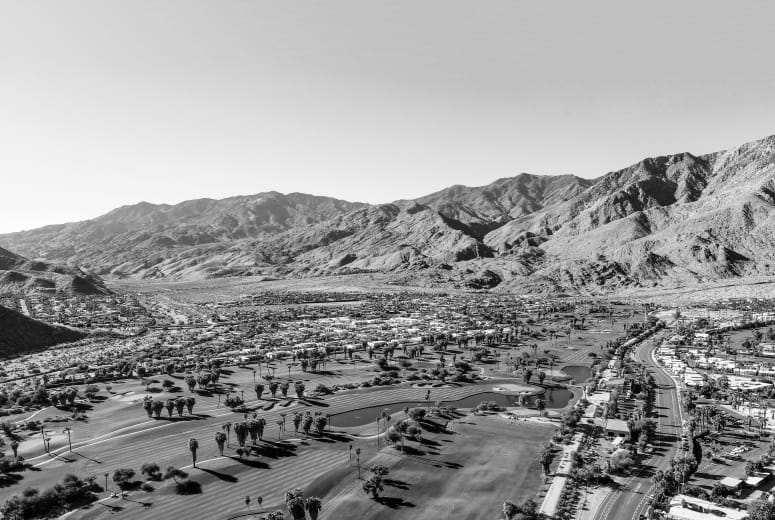 You can’t strike an errant golf ball in Palm Springs without accidentally hitting an Albert Frey–designed building of one sort or another. Known as the “Father of Desert Modernism,” the Swiss-born architect had a hand in designing everything from the city’s visitors center on the north end of town (originally the Tramway Gas Station) to several private residences in Smoke Tree Ranch on the southern end and a lot in between. (Here’s a funny story: One of his designs — the 1948 Lyons House — was deemed too dang modern by the powers at Smoke Tree,  and so he was banned from building there for almost three years. Ironically, his last residential design in Palm Springs, in 1989, happened to be in … well, you know.)

Frey, who learned his design skills from Le Corbusier while living in Paris in the late 1920s, first came to Palm Springs in 1934 to supervise the construction of an office building for his partner’s brother. He quickly fell under the spell of the desert and moved to Palm Springs from New York permanently in 1939 following his completion of work on the Museum of Modern Art. Over the next six decades he designed banks, churches, hospitals, a supermarket, offices, schools, a fire station, the Palm Springs Aerial Tramway Valley Station, city hall, and even the North Shore Yacht Club on the Salton Sea.

But mostly he designed homes. Houses, cottages, bungalows, apartments — more than 100 in total. Some classic structures like the house he built for the industrial designer Raymond Loewy; some tiny and rather odd, like his own modest abode delicately perched at the west end of Tahquitz Canyon Way where it commands unparalleled views of the entire Coachella Valley (pictured). He was a stickler for details, that man. Palm Springs Art Museum, which inherited the property, notes, “Frey took five years to select the site and a year to measure the movement of the sun using a 10-foot pole.” When he finally submitted his plans for review, Palm Springs City Hall called the design “crazy” but reluctantly gave its approval. Now the crazy house on the mountain is one of the two or three most iconic structures in the city. 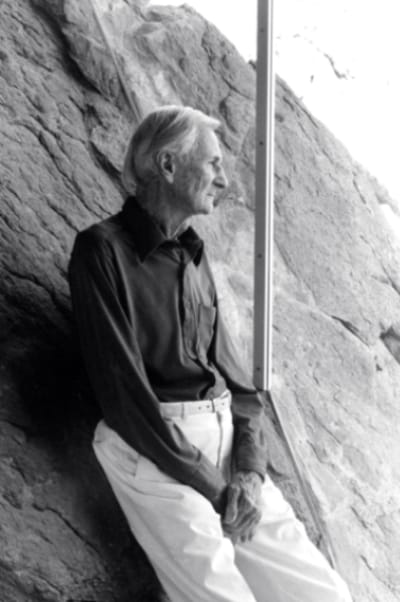 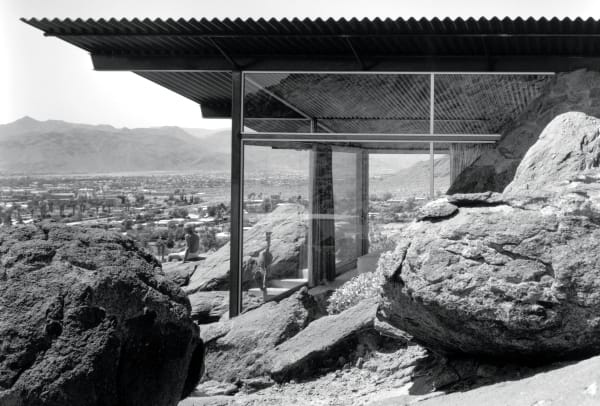 Builder of a Field of Dreams

Of course the Coachella Valley Music and Arts Festival (it’s original long-winded name) was always going to make money. How could they miss with craggy mountains for a backdrop, a vast plain of vibrant green grass underfoot, and performances by Beck, Morrissey, the Chemical Brothers, and Rage Against the Machine (remember, this was 1999)? Days before that first festival, founder Paul Tollett, wearing his signature Dodgers baseball cap, tooled around in a golf cart with Los Angeles Times music writer Geoff Boucher insisting, “For Southern California, this could be the start of something really special. Something great. But you never know what’s going to work until you take a leap.”

So Tollett and his Goldenvoice crew took the leap, launching what at the time was a two-day festival — with weekend tickets selling for $50 — hoping to create something unique in the United States, something more along the lines of outdoor European music festivals in places like Reading and Glastonbury in the U.K.

You’ve got this great desert venue, an amazing lineup of talent, and a chill Southern California audience. This is nothing but a winner-winner, chicken-dinner moneymaker. Except it wasn’t. Tollett expected to sell 70,000 tickets but sold a little more than half that. And because of the disaster that was Woodstock ’99 only months earlier (looting, arson, sexual violence), Goldenvoice’s insurance costs soared 40 percent. Then there was the weather. To say it was hot would be kind; it was frickin’ miserable. Well over 100 degrees both days, which discouraged last-minute ticket sales.

Tollett figures Goldenvoice lost between $850,000 and a million dollars on the first Coachella festival. He lost his wife. He lost his house (really, he lost his house). In short, he took a leap off that proverbial cliff screaming, “Yee-haw!” only to watch as the tide went out and he took a header on the sun-hardened turf of the Empire Polo Club. I’m mixing metaphors here — ouch! — but you see what I’m saying: Tollett was crazy.

It wasn’t all bad. Rolling Stone magazine proclaimed the experience “positive from beginning to end.” (In fairness, they probably didn’t know about the losing-a-million-dollars part.) Robert Hilburn, the Los Angeles Times entertainment writer, trumpeted that Coachella was sure to become an annual event, focused as it was “on the positive aspects of the festival experience.”

And guess what? That’s what it became. The next few festivals still lost money, but by 2006, with shows featuring Madonna and Daft Punk, among others, the event was attracting 120,000 concertgoers and grossing $9 million. Tollett could buy his house back! In 2017, the festival — with Lady Gaga and Kendrick Lamar — drew 250,000 attendees over two weekends and grossed $114.6 million. So it maybe took a little while, but in the end, Paul Tollett was right: Coachella has become something special, something really great. It’s a good thing he took that first leap almost 20 years ago. 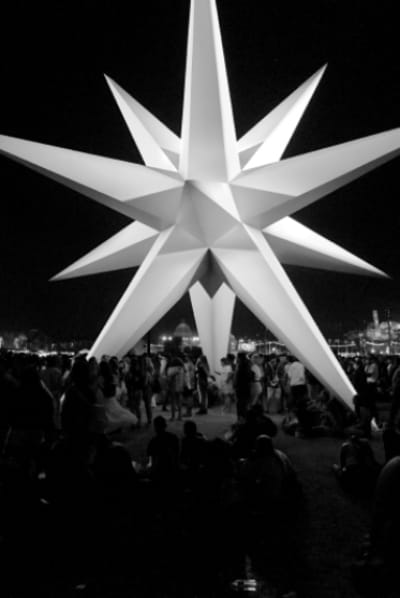 The mastermind behind the Coachella festival has transformed the desert's music scene.

He’d worked for everyone from Howard Hughes to JFK, so when Studebaker’s young, visionary chief executive, Sherwood Egbert, begged him to revive the stagnant carmaker’s image in 1961, legendary designer Raymond Loewy didn’t really need the job. He had already designed everything from the Coca-Cola bottle to Air Force One and made the cover of Time magazine where he was crowned “The Father of Streamlining.” But he took the assignment anyway. Because, as he often claimed, his job wasn’t really to design stuff; it was to make “the daily life of the 20th century more beautiful.” And God knows that the profile of those rocket-finned, chrome-bedraggled, gas-guzzling monstrosities of the early ’60s could do with a facelift.

The problem was, Studebaker needed the design for their new car — something to compete with the Ford Thunderbird and the Chevy Corvette — now. Like in less than two months. Which is simply not possible. Right? “Pourquoi pas?” as the French-born designer liked to say.

So the man who had an apartment in New York and a 16th-century château outside of Paris quickly assembled a crack squad of imaginative stylists and designers who holed up in … Palm Springs. Most people assume that Loewy chose the desert location because he had an Albert Frey–designed bachelor retreat in the hills above Little Tuscany and didn’t want to miss out on the spring season. But that’s not it. Loewy wasn’t retreating to a desert oasis; he was looking for inspiration. Palm Springs is where he found it.

The car they were designing, called the Avanti — which means in Italian either “forward!” or “come on!” — needed to be as unconventional as a curved swimming pool edging in to an open living room, like it did at his house. It needed to be as sleek and fast as a young, toned tennis player returning Charlie Farrell’s backhand at The Racquet Club. It should, Loewy told his team, be innovative and shocking and perfectly of-the-moment, like the Richard Neutra–designed Kaufmann house of his next-door neighbor.

Could the Avanti, which still looks as enchanting as it did the day it premiered at
the 1962 New York International Auto Show, have been designed at Studebaker’s headquarters in South Bend, Indiana, or at Loewy’s offices in New York? Sure. It just wouldn’t have ended up being what one auto museum curator has called “a sort of cult film of the automotive world.”

“It was so damn glamorous and mod,” says Holly Rodway, a Rancho Mirage resident who inherited her ’63 gold Avanti from her mother who got it as a surprise 30th birthday present from her husband.
“I look at that car,” she says, “and it just screams Palm Springs.”

came to Palm Springs for inspiration. 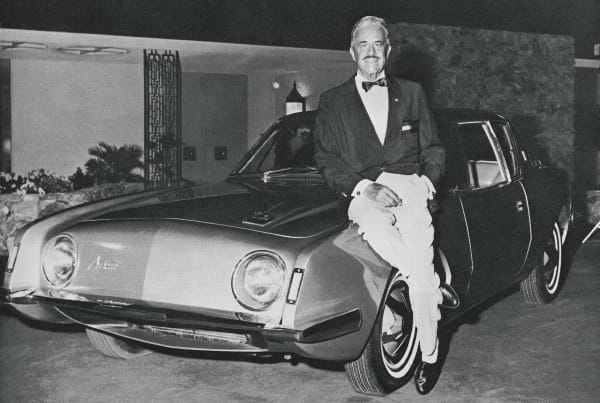 "In Palm Springs, the air is fresher, the sunshine more intense, the stars at night are brighter, and the cocktails taste better.”

Turk, who grew up in the Bay Area, started visiting Palm Springs on a regular basis in the early ’90s when she often accompanied her husband, Jonathan Skow, a fashion stylist at the time, to shoot on location. Both Turk and her husband were awed by what she says was “a treasure trove of well-preserved modernist houses replete with mountain views, palm trees, swimming pools, and walls of glass.”

Only three years after founding her eponymous fashion line in 1995, Turk and her husband bought one of those desert treasures, the 1936 Ship of the Desert, a Streamline Moderne that has been described as resembling “an ocean liner stranded Fitzcarraldo-like on a mountainside” near the Indian Canyons. Turk says, “It was the dream house we never knew we wanted till we saw it.”

Although Turk’s business is headquartered in Alhambra, close to L.A.’s garment district, when it came time to open the first Trina Turk boutique in March 2002, she chose a 1961 Albert Frey–designed building in the Uptown District of Palm Springs. Her bold prints and dynamic hues seem a perfect match for the resort-living style the town is known for. “It’s all about the climate and the landscape and the architecture,” says Turk, who firmly believes “color and optimism are kind of the same thing in a way.

Turk’s carefree glamour designs may have taken inspiration from another Palm Springs icon: the Kaufmann House. In the foreword to renowned photographer Tim Street-Porter’s paean to midcentury architecture, Palm Springs: A Modernist Paradise, Turk recalls her and her husband attending a New Year’s Day brunch at the Richard Neutra–designed home several years ago. “The house, as photographed by Slim Aarons, had been on our mood board at the inception of our company in 1995. The unabashed spirit of the ‘drinks by the pool’ fashions, interiors, and lifestyle portrayed in 1960s and ’70s Palm Springs Life magazines provided vibrant inspiration for our then-nascent fashion brand.”

A fitting tribute from one Palm Springs icon to another.

From dresses to bikinis to throw pillows, 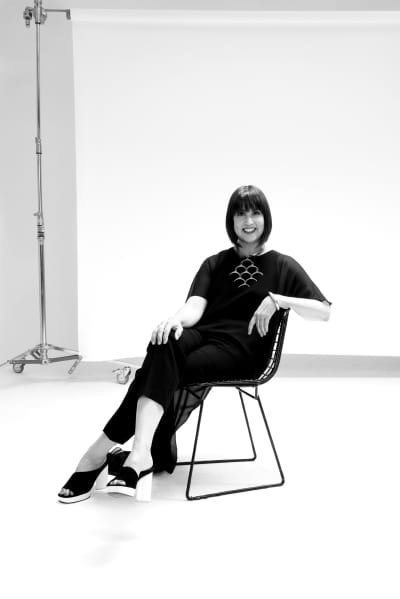