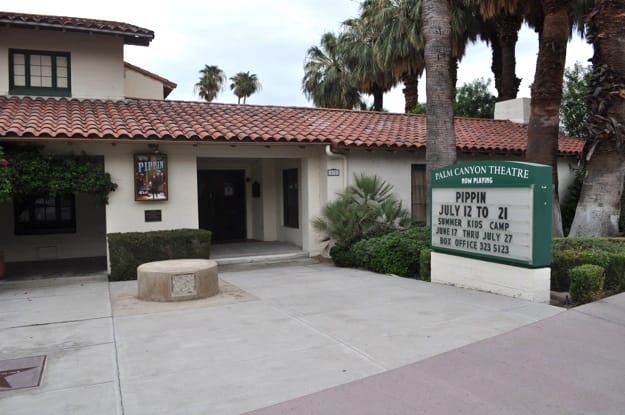 While many Coachella Valley community theatres go dark during the summer, the light is still on at Palm Canyon Theatre in Palm Springs.

Palm Canyon closes its season with the opening of “Pippin” this weekend. The show runs for two weekends, July 12-14 and July 18-21, with Thursday-Friday-Saturday evening performances at 8 p.m. and 2 p.m. Saturdays and Sundays. The Thursday evening show is July 18.

“We have just one summer professional performance, so ‘Pippin’ is special,” says Sarah Noe, who in addition to acting at Palm Canyon also serves as box office assistant and an instructor in the theatre’s Summer Kids Camp.

Known as Broadway’s longest running show, “Pippin” was brought back to the New York stage in 2013, was nominated for 10 Tony Awards and captured five including “Best Revival of a Play”.

The play tells the tale about a young boy’s journey to overcome the “grass is always greener” appreciation of his princely life. Anthony Nannini will play the title role of Pippin with a cast including Rosanne Hopkins, Petter Mins, Daryle J. Roth, and Noe as the character, Catherine.

“The kids have a lot of fun, but the overall favorite class is Stage Combat where they learn how to do physical stuff on stage like rolls and fighting choreography so that they can keep safe while moving on stage,” she says.

Noe says she loves the interaction with the kids.

“They are sponges that absorb everything we throw at them. It’s invigorating,” she says.

The children will also prepare their own presentation of the play, "Jacklyn Sparrow and the Pirates of the Caribbean", for 7 p.m. July 26 at Palm Canyon Theatre. Henry Dowell, renowned actor and children’s playwright, will direct the summer ensemble performance of his musical comedy.