A view of Pívat’s temperature- and humidity-controlled walk-in humidor, where guests can select from more than 175 cigars.
PHOTOGRAPHS BY MARK DAVIDSON

Agua Caliente Casino Rancho Mirage guests seeking a refined respite from the buzz of the gaming floor have found the perfect place amid the cozy confines of Pívat Cigar Lounge.

Debuted in early 2019, Pívat (Cahuilla for “smoking tobacco”) was carefully rolled out with high-end tastes in mind. Offering 175-plus cigars ranging in price from a modest, introductory smoke to a host of Cigar Aficionado’s top 25 annual selections, the lounge is aptly accented with leather seating, flat-screen televisions for sporting events, an outdoor patio, a select dining menu, and a premier pairing list of top-shelf cocktails. 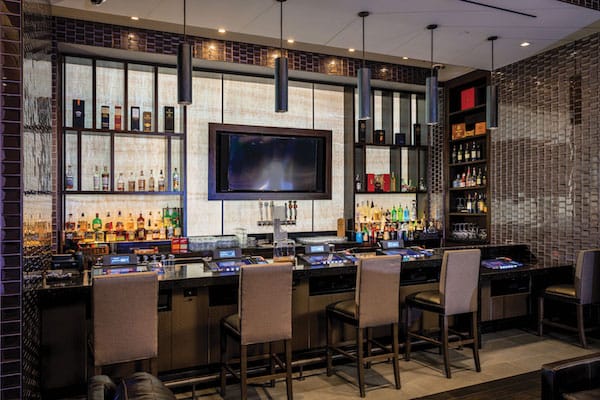 The cigar lounge features a full bar with built-in video poker games as well as a private outdoor patio.

“I have visited many cigar lounges,” says Agua Caliente Casinos COO Saverio R. Scheri III, “and we designed Pívat to be the ultimate experience — elegantly styled with its own intimate bar and specialty menu from the kitchen of our award-winning Steakhouse.”

Scheri says the lounge’s highly trained team assists in guiding visitors through the walk-in humidor (“fully ventilated with 72 percent humidity and set at the ideal temperature of 72 degrees Fahrenheit”), where guests may choose from more than 40 renowned cigar makers, including Arturo Fuente, Davidoff, Graycliff, Gurkha, La Gloria Cubana, Montecristo, Padron, and Zino. They will even help you find the perfect cigar to pair with your favorite meal or drink.

“Just like wine, cigars have various flavor profiles that are picked up as you smoke them,” Scheri explains. “Some can be nutty, leathery, and rich, with notes of chocolate, coffee, cedar, etc. Each person will pick up a different nuance to the same cigar. One of my personal favorites is the Davidoff Double R paired with a Macallan 25 and our prime filet mignon sliders.” 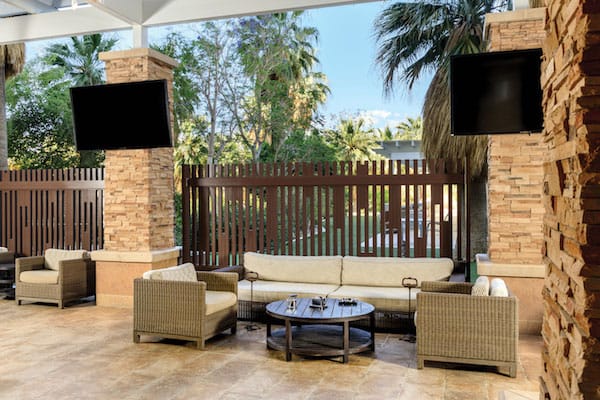 An ongoing calendar of cigar events complements the scene, and Pívat also offers private cigar storage lockers (available for rent on an annual basis) within the humidor for guests who would like to store their favorites at the lounge. Those who prefer to save their cigars for later are also in luck. “With every cigar purchase, we supply a re-sealable humidor bag with a small humidor packet inside that is good for at least 30 days,” Scheri says. “After that time, you will need to get the cigar into a proper storage container or humidor — or better yet, smoke it!”

Drink and Smoke: the pÍvat old-fashioned 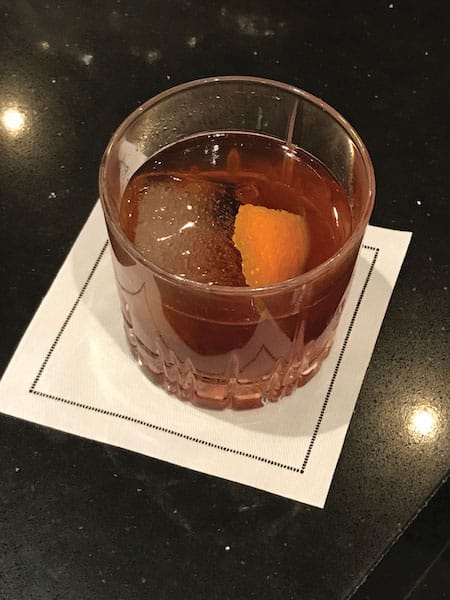 Mix the bourbon, orange bitters, and muddled cherry and pour into a rocks glass before topping off with applewood smoke using a glass cloche. Garnish with a Luxardo cherry, pair with a full-bodied cigar, and enjoy. 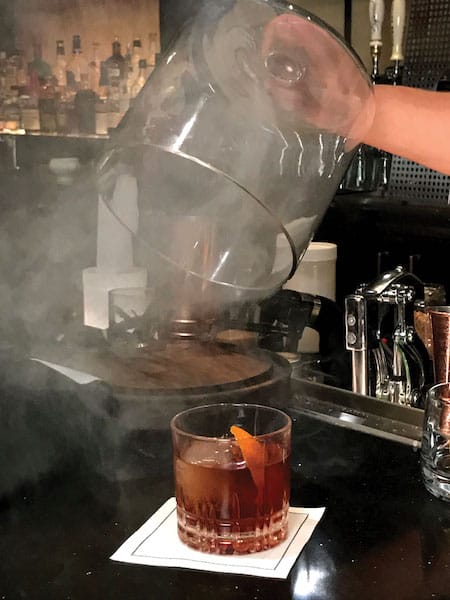 New to the stogie scene? Brush up on proper cigar protocol and flavor considerations before you go.

Pair: “Lighter cigars pair well with lighter drinks such as scotch, white wine, and wheat beer because the tobacco doesn’t overpower the alcohol,” Scheri explains. Meanwhile, full-bodied cigars are best enjoyed with bourbon (we recommend the popular Pívat Old-Fashioned, available exclusively in the lounge’s bar), cognac, rum, or a stout beer. Pívat’s Rusty Nail, made with 15-year-old scotch and served with an edible flower, complements a medium-bodied smoke. “But of course,” he continues, “just like wine and food, choose what you love and you will have a great experience.”

Pause: Take your time and enjoy the experience. A puff a minute is a typical pace, as smoking cigars has traditionally been a leisure activity.

Hold: Position the cigar between your index finger and thumb.

Cut: According to Scheri, the cut is more of a “personal preference”; it all depends on the amount of airflow you want to go through the cigar. “The ‘Punch,’ for instance, concentrates the smoke through a small hole in the cap of the cigar, creating a more intense flavor profile, while the ‘V’ cut will allow more air to flow through and soften some of the more intense flavors of the tobacco while keeping more of the cap intact,” he says. Other preferences include a “Straight” cut, which allows even more airflow and creates a complex mellow smoke, and “Toasting,” in which the filler, binder, and wrapper are all lit before taking the first puff.

Light: Matches and torch lighters are the best ways to light a cigar, since the average soft-flame Bic lighter may introduce the taste of butane. “Hold the cigar at a 45-degree angle over the flame, about 1 inch away from it,” Scheri says, then rotate it so all parts are heated evenly. Take the first puff when the edges are slightly ashy and blackened and enjoy!

Ash: Some cultures (such as those in Cuba) associate a certain pride with the length of ash, which speaks to the quality of cigar leaf. However, to avoid dropping excess cigar ash on the table or ground, gently roll it off the cigar into the ashtray.

Extinguish: Do not stub out the end of the cigar in an ashtray when finished. Simply leave the cigar un-smoked for a short period of time, and it will burn out on its own. For guests taking cigars home, a Pívat host will provide a plastic travel bag with a small humidity pack to save and savor for later.