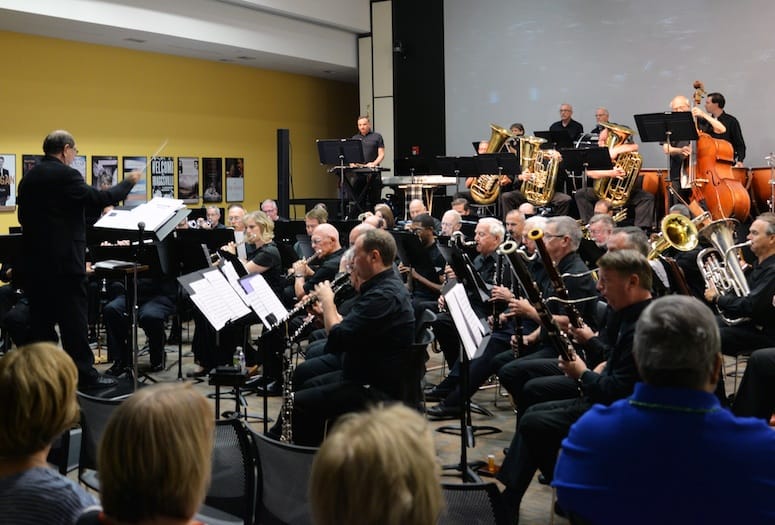 Palm Springs is the smallest city to ever host the Lesbian and Gay Band Association Conference.
PHOTOS COURTESY OF DESERT WINDS FREEDOM BAND

This year’s Palm Springs Pride Parade might be able to lay claim to its own version of The Music Man.

The harmonic convergence is Palm Springs Pride as the city hosts the 2016 Lesbian and Gay Band Association Conference over the same weekend. 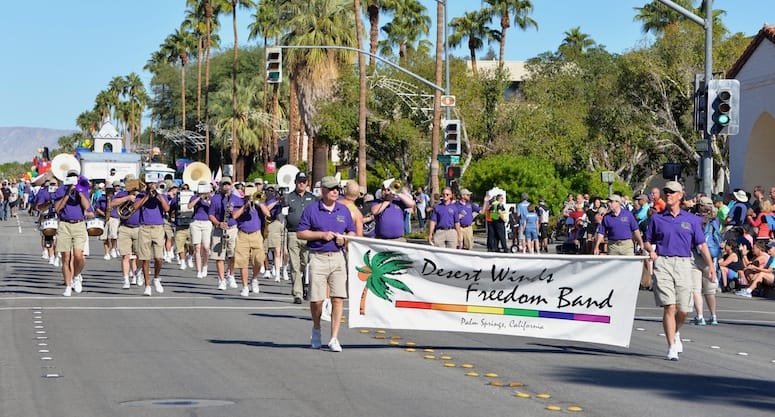 More than 400 participants in the LGBA Conference are expected to join the Desert Winds Freedom Band in the Palm Springs Pride Parade Nov. 6.

Gay and lesbian bands from all over the world will be headquartered at the Hyatt Palm Springs as part of an annual conference to compare notes and share their love for music. Palm Springs’ own Desert Winds Freedom Band won the bid to host the conference, giving the concert band its biggest exposure in the desert entertainment scene.

“The marching band, we’re excited for,” says Director at Large Gary Moline, who founded the band in 2000. “It will be even bigger than the marching bands that marched in the Obama inaugurations, which were huge. But we are more excited to show off Palm Springs, and show how Desert Winds Freedom Band has become a mature, strong, seasoned group of performers. And a great group of people who represent what the Coachella Valley is all about.”

“From the start, in our charter and mission statement as a band, we said we were a group for gay and gay-friendly musicians,” says Moline. “Our outreach was, and always is, to the entire community, and they’ve rewarded us with incredible musicians and incredible audiences.”

The Desert Winds Freedom Band formed in 2016 and has grown to more than 80 members.

LGBA is composed of 29 different member and member-affiliated groups, and the 2016 conference in the first weekend in November includes a TED Talk by actor and trans activist Scott Turner Schofield.

The public will reap the musical rewards of the conference at the LGBA Conference Pride Concert Nov. 5 at the newly renovated Palm Springs High School Auditorium. Special guests include Schofield and actress Cindy Williams.

“I think there are bands from two dozen different places coming,” says McDowell. “Big cities, of course. And we’re just Palm Springs, the smallest city ever to host a LGBA conference. But, of course, we’ve got wide, strong, welcoming arms. From carrying musical instruments around all our lives.”

VIDEO: Watch and listen to the Desert Winds Freedom Band from a 2015 concert in Rancho Mirage.