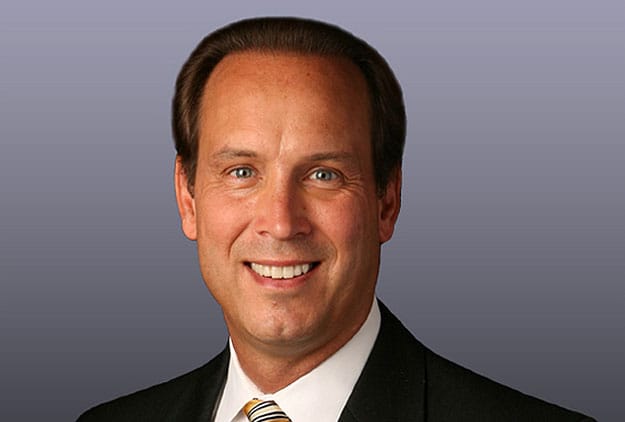 When people saw CNN’s Judy Woodruff interviewing President George W. Bush in front of the White House, they quickly formed a crowd, crushing in to get photographs.

“I said, ‘Somebody better tell these people I am just an impersonator,’” recalls Steve Bridges, who makes his living taking on the personas of Presidents Obama, Bush, and Clinton. To raise money for the Indian Wells Rotary Club’s Annual Oliphant Scholarship Fund, he’ll do something he’s never done before: appear as all three on consecutive nights (Bush on March 13, Obama on March 14, and Clinton on March 15).

Bridges doesn’t just take on their voices, but also wears prosthetics and makeup and even (for Obama) contact lenses (“The teeth are mine,” he notes). To do so means sitting for two hours (two-and-a-half for Obama) while makeup artists transform him into a Commander in Chief. When he takes on a new character, prosthetics and makeup take about four hours; with repetition, the makeup artists eventually whittle the time in half. Bridges admits sitting through the process can be boring, but says that passes the time listening to music, watching television, or reviewing his notes. Besides, “Going to the level of prosthetic makeup separates my show,” he says, “because not many other people are willing to go to that extent.” Indeed, it cost $100,000 just to develop the process of turning Steve into Barack.

In conjunction with the Indian Wells Rotary Club focus on college education, local high school students will have an opportunity to watch the makeup transformation prior to each show. “Perhaps they’ll be inspired to become a makeup artist, comedian — or president," Bridges says.

Bridges has appeared on The Tonight Show with Jay Leno, Meet the Press, and several Nickelodeon shows. He played Bush on NCIS and in a Swedish film. He’s been doing impressions since he was a child (“Everyone always asked for John Wayne,” he says). But after developing a repertoire of more than 200 impressions, he discovered a successful specialty — politics — in the personas of Bill Clinton and Al Gore.

“I have done Bush for eight years,” Bridges says. “He’s still in demand.” Appearances as Bush and Obama run about 50/50. “I have, now and again, a call for Clinton,” he adds. “But he just isn’t in the American mind as much.”

In addition to having eight years of material on Bush, he also finds the 43rd president the easiest to impersonate of the three. “Bush was just a physical character. His arms moved. He made funny faces. Obama is more reserved,” Bridges says.

He’s met Bush, appearing with him at a White House correspondents dinner and (sans makeup) visiting him in the Oval Office. He’s also met Clinton — well, sort of. After appearing in 2006 as Bush in a comedy duet with Barbra Streisand (ironically known for supporting Democrats), Bridges ran into Hillary and Bill Clinton backstage. “She grinned and said, ‘Hello, Mr. President.’ He just looked at me. He gave me a long, leveling look.”

In addition to relying on makeup artist Kazu Tsuji, Bridges relies on comedy writer Evan Davis and his team of about a dozen other writers to provide the majority of show material, which continually evolves as the world of politics does. “I will hone it and try it out,” Bridges says. “Most of the time, I will add [new elements] to a show I am already doing or go to The Comedy & Magic Club in Hermosa Beach. [The show] is always in a state of flux. If something has just happened and I don’t have access to the writers, I will try to come up with something myself. I want to be as relevant as humanly possible for me.”

Of course, Bridges has to be as prepared as Obama for a potential change in the White House residency. He’s worked a bit on channeling Mitt Romney, Newt Gingrich, and “a little on Ron Paul.” Romney, he says, is the least animated. “Part of the reason I will practice the Republicans is I just can’t help it,” he says. “I just see them and wonder, ‘How do I get that voice?’” What he won’t do yet is invest in developing makeup, given the cost of doing so.

Oh, and, there’s one other road Bridges won’t cross: “I would run for president, but I have been there, done that — over and over again.”