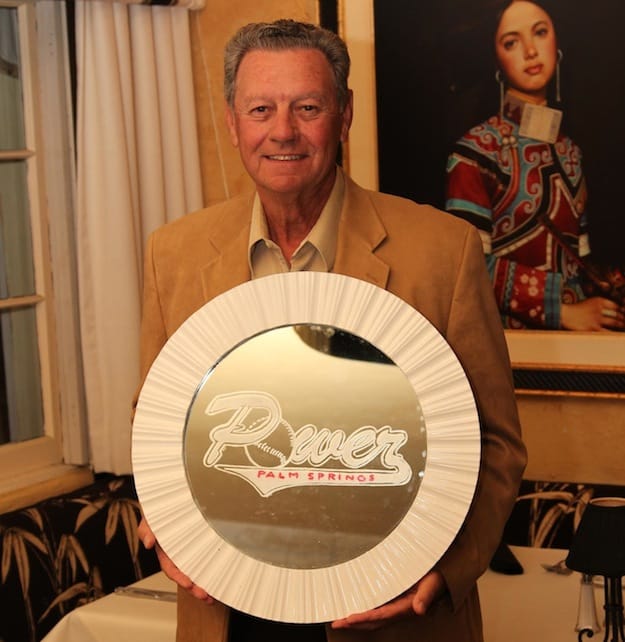 After scoring 23 runs in two games to sweep the East LA Dodgers in a best-of-three series for the inaugural So-Cal World Series title last year, the Palm Springs Power rightfully lived up to its name.

The Power have been just as potent in their own league, winning back-to-back titles while piling up a club record 42 wins last year. The roster is comprised of elite college players from across the country that play during June and July at Palm Springs Stadium, 1901 E. Baristo Road.

Palm Springs resident Andrew Starke has been the Power’s only owner/general manager since the team’s inception in 2003. The Power is the parent company of the California Winter League.

The 2013 edition welcomes back five returning players when the season opens May 31 with a three-game set against the Tucson Nationals at Palm Springs Stadium. Game time is 7:05 p.m. each night.

Anthony Torres, who finished the 2012 season as the So-Cal Collegiate Baseball League’s leading hitter with a .412 batting average, lead the quintet. The catcher also ranked among the league leaders in triples (4).

First-baseman Ryan Jones also is back for his third season in the Coachella Valley. Jones led the Power in home runs in 2012 while posting a .330 batting average.

The pitching corps will rely on Ryan DeJesus. The southpaw finished the 2012 season with a team-high eight wins and posted a 1.26 earned run average. Also returning are hurlers Doug Finley from the College of the Desert and Chad Clark from Indiana University.

Every Friday game during the 2013 season is Dollar Beer Friday, with $1 Budweiser and Bud Light drafts. Saturday is Kid’s Day all season long, with $2 admission for children 12 and under. On Sundays, the first 150 fans in attendance receive Power giveaways, such as T-shirts, hats and more.

For ticket information, contact the Power ticket office at (760) 778-HITS, listen to the game on KXPS (AM1010) or go online to palmspringspowerbaseball.com and click “Listen Live.”