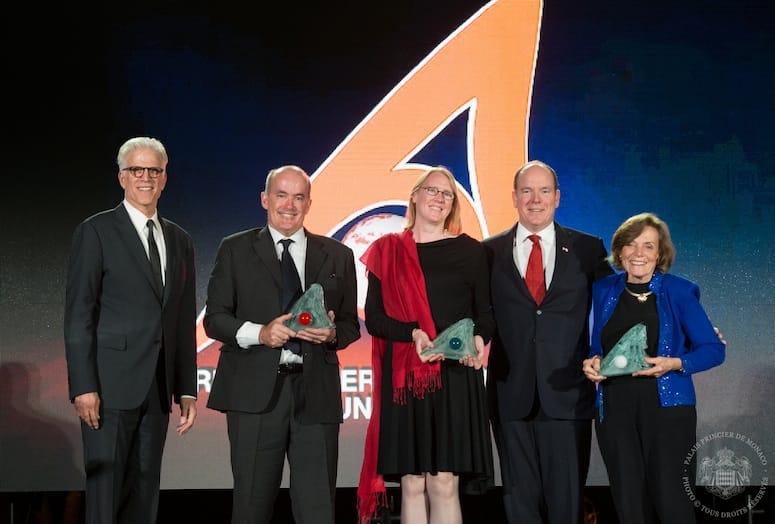 Some of world’s leading scientists recently gathered to discuss how to advance and provide leadership strategies to combat the alarming rise of sea levels across the planet at Sunnylands in Rancho Mirage.

The Prince Albert II of Monaco Foundation, The Annenberg Retreat at Sunnylands and Scripps Institution of Oceanography, and UC San Diego sponsored the three-day symposium.

His Serene Highness, Prince Albert II of Monaco, established his Foundation in 2006 in order to address international environmental threats.

The Prince Albert II of Monaco Foundation funds projects in three geographical regions: the Mediterranean Basin, the Polar Regions and in Least Developed Countries. The Foundation’s efforts focus on three main sectors: climate change and renewable energies; biodiversity; and integrated and sustainable water management together with the fight against desertification.

To date, the Foundation has awarded more than $33 million in grants to more than 300 projects. This is the first time the annual Prince Albert II of Monaco Awards have been held in the United States, a matter of great pride to John B. Kelly, president of the Foundation in the U.S., and H.E. Maguy Maccario Doyle, The Principality of Monaco’s newly appointed Ambassador to the U.S., among notables present.

Following the discussions, Annenberg Retreat at Sunnylands president Geoff Cowan welcomed guests. “We are fortunate to have this wonderful event here in a place that the Annenbergs saw as an example of how to sustain the planet,” he said.

Actor and environmental activist Ted Danson emceed the awards given out by Prince Albert II at the private dinner Oct. 12 in the Sunnylands Museum Gardens.

• The Bio-Diversity Award went to International Union for Conservation of Nature Red List of Threatened Species.

• The Water Award was given to Ma Jun of the People’s Republic of China, who accepted with a video message;

As Danson explained in his introduction, “This amazing lady has been called ‘her deepness’ by New Yorker and New York Times, a ‘living legend’ by the Library of Congress, ‘first hero of the planet” by Time Magazine, and ‘Woman of the Year’ by the Los Angeles Times.

Earle was passionate about the future of our planet. Despite the alarming changes she and the other scientists are witnessing, they are optimistic about the future due to advances in science which make knowledge of suspected change available not only to them but to the public. Scientists are able to trace changes and find cures through new digital science. The key, they agree, is working together and educating the public.”

The Prince and Princess of Monaco took time to tour the Barbara Sinatra Children’s Center during their weekend stay.

Before they arrived in the Coachella Valley, Their Serene Highnesses attended a black-tie event for the Princess Grace Foundation established by Prince Albert’s mother, Princess Grace (the former Grace Kelly) to fund scholarships for U.S. visual and performing art students, and a luncheon at the Beverly Wilshire Hotel with members of the Principality of Monaco Consulate and officials from Tiffany and Company.