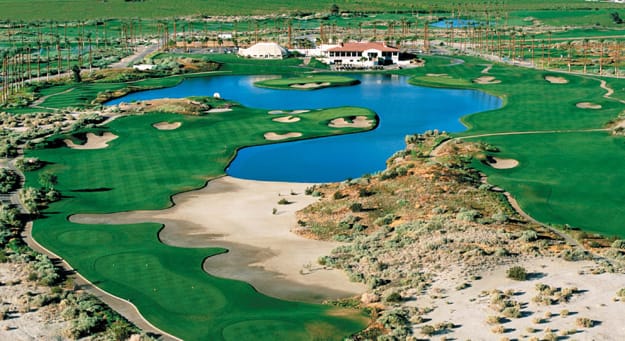 The Frank Sinatra Celebrity Invitational has been around since 1989 and has become a major annual golf and entertainment weekend extravaganza that raises funds for the Barbara Sinatra Children’s Center for abused children. This year, spectators and party-goers will rub elbows with sports and entertainment stars like Tom Flores, Joe Mantegna, Smokey Robinson, Ann Meyers-Drysdale, Joe Torre and William DeVane. And they’ll be entertained royally by Margo Rey, Dick Van Dyke, and Paul Anka. The only thing missing from prior tournaments has been a pro-am competition and, due to popular demand, event organizers are launching an annual Pro-Am Championship tournament in 2012 to be played March 2-3.

Enrollment in the inaugural 2012 Frank Sinatra Pro-Am Championship golf tournament begins on December 15. The format is one Professional bringing four paying amateur golfers from the same Golf Club for the two-day tournament. The professional plays his own ball throughout the entire 18 holes, and the four amateurs play a scramble.  The Professional receives a $1,000 Appearance Fee and plays for a $10,000 purse each day, and the professional appearance fee can be split between two golf pros from the same club for the two days of golf, if necessary.

The amateur 4-player team with the lowest daily score each day will be recognized as that day’s Daily Winning Team. The team with the lowest 2-day score is the Champion Team. Prizes will also be awarded for 2nd and 3rd places. Amateurs are also playing for a traveling trophy that will go from winning club to winning club. There is a limited amateur field, so early entries are advised.

The Golf Club at Terra Lago (formerly Landmark Golf Club) was established in 1998 and played host to the 1999 – 2002 PGA Tour Skins Games. It presents 36 challenging holes, with the North Course featuring dramatic elevation changes, stunning views, and a beautiful and challenging island green par 3, which was a featured hole during the Skins Games played there.