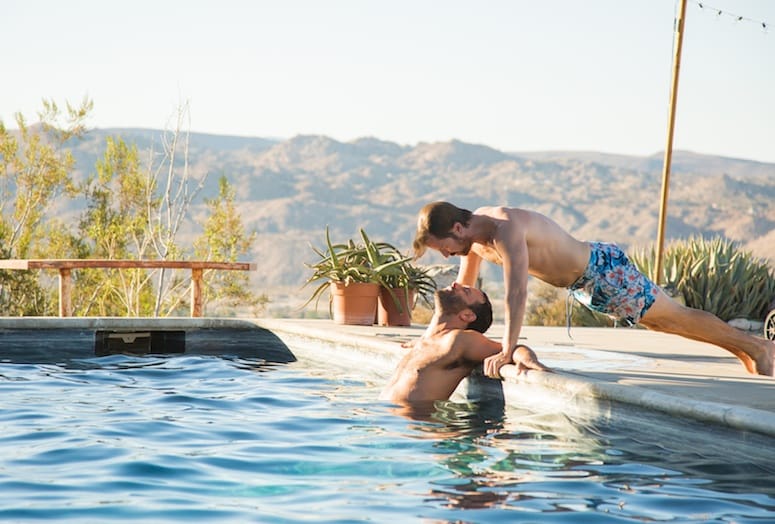 It’s a good thing that Michael Green is a film buff.

As managing director of Cinema Diverse, the Palm Springs LGBTQ Film Festival, he is charged with watching every film submitted for consideration.

That’s more than 250 submissions so far this year. He must whittle down the field to 170 selections, including shorts, to be unveiled at the ninth annual Cinema Diverse, Sept. 22-25.

“As festival director, I have to be able to stand behind everything we screen,” Green says. “That means I have to have seen it. I also do try to take the opinions of [our select groups of] screeners into account. For example, this year, we had a group of screeners from the Transgender Community Coalition to, specifically, review films with transgender content. We really try to make sure that the festival is representative of the entire LGBTQ community. We want to hear all opinions on films.”

• Lazy Eye, filmed in Joshua Tree, is the opening night feature.
For a preview of the film, click on: A Relationship Re-examined

• I Am Michael, is a controversial film starring James Franco (who also produced it), Zachary Quinto, and Emma Roberts. The film appeared at Sundance in 2015 but recently received distribution release. The Camelot Theatre will show a preview, sponsored by HERE TV, on the big screen at the festival.

• Throuple is a fun, suspense, murder mystery set in Hawaii that explores the relationship among two men and a woman.

• Oriented is a documentary made by three young, gay, Palestinian men living in Tel Aviv, Israel, who are involved in relationships with Israeli Jews.

PHOTO BY DAVID A. LEE
Cinema Diverse festival director Michael Green views all of the submissions. 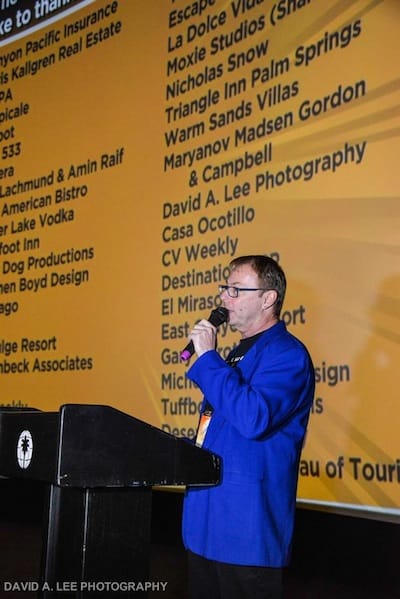 “We look for pieces with a well-written story, good acting, and great cinematography … the basics for good filmmaking,” Green says. “It’s interesting in that LGBTQ cinema has broadened itself into every other genre. We show foreign films, documentaries, drama, and this year, a lot of suspense/mystery/thrillers.”

The niche festival has grown since its inception, prompting Cinema Diverse to expand its viewing venues. In addition to the three screens at the Camelot Theatre, 2016 marks the inclusion of Desert Cinema in Cathedral City.

The festival draws industry professionals including filmmakers, actors, and producers who come to the desert not only to mingle with peers but share insights with fans. Many screenings will be followed by a Q&A session and an after-party to celebrate what Green characterizes as “getting up close and personal to chat.” 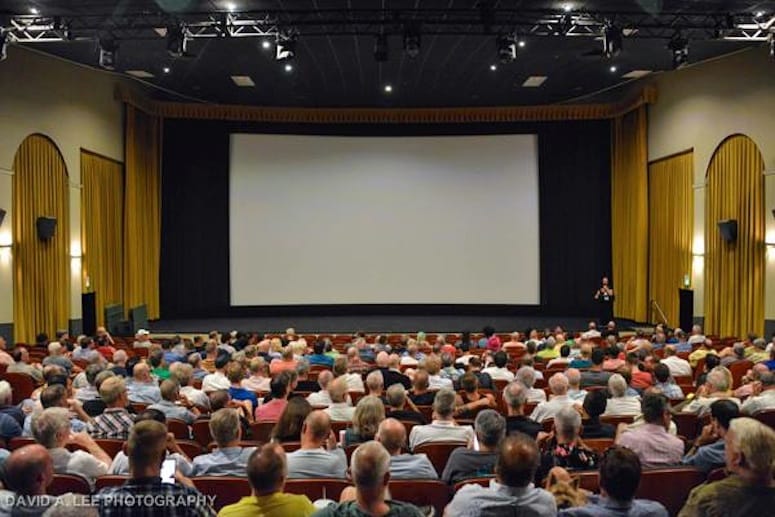 Filmgoers will have fun, but also power — their votes matter in awarding film honors at the festival. Ballots are given before each show, and spectators rank the films.

“It’s suspenseful for all involved as you never know the outcome until the very end,” Green says. “We have a great volume of incredible LGBTQ films that in many cases, people may not get to see. All independent filmmakers take a chance that their film may or may not get distributed. There is no guarantee. This might be the only time the audience can see such amazing films on the big screen.”