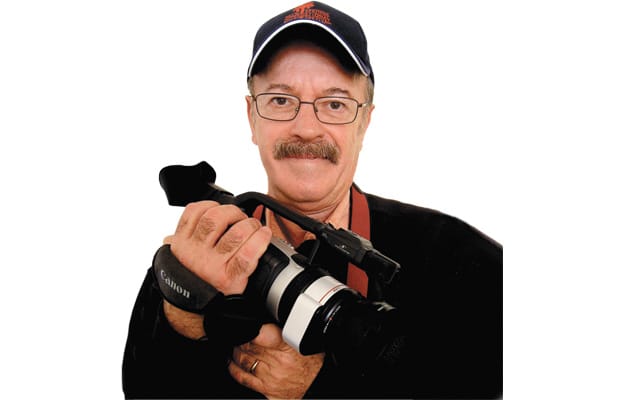 Those who long for the days of double-feature movies should be in seventh heaven on April 22, when they can watch 35 films in a sitting (for free!) at Rancho Mirage Public Library.

“I was uncomfortable having it be so highly focused on me,” says Hochberg, who suggested the alternative “Coachellathon.” “Ninety percent of my work has to do with charities, arts, and music. I am a big believer in the Coachella Valley.” Screening time was trimmed to a more manageable 12 hours, with the event running noon to midnight. While people may come and go as they please, intermittent 15-minute breaks are scheduled; and the library will sell iced tea, coffee, sandwiches, and snacks for those who want to stick around.

Thirty-four of the films run from three to 36 minutes, with the last program entry running a whopping hour. Hochberg, who worked in advertising and then became president of theatrical marketing for 20th Century Fox, recalls that when he retired to the Coachella Valley in 2003, acquaintances in Chicago and Los Angeles questioned the move, claiming the desert was merely a place to play golf, eat, and sit in the sun.

“After a few months here, I discovered that it’s a brilliant, wonderful, generous, kind, active, cultural place,” Hochberg says. He picked up his camera and filmed documentaries about people with specific passions, nonprofit organizations, music, and art. “I began sending them to friends in the East to open their eyes,” he says. “For its size, I don’t think there’s any other place that gives as much back to the community.”

The library has screened Hochberg’s documentaries in the past, but not back to back. “This is an experiment for us,” Bryant says. “We want a little bit of a ‘wow’ factor.”