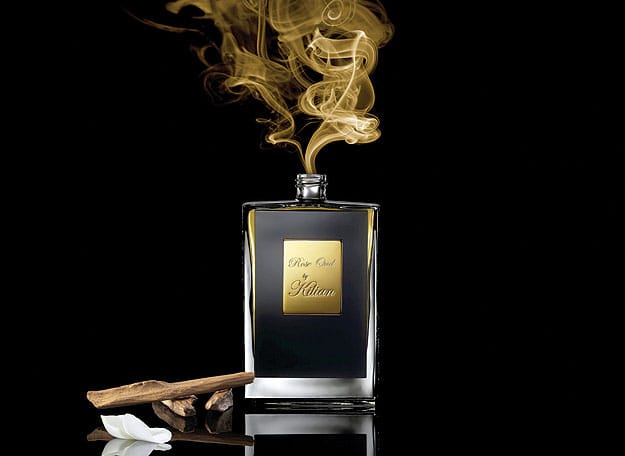 The Nose Knows
If you like luxury cognac from the House of Hennessy, you’ll appreciate the fragrances created by the founder’s grandson, Kilian Hennessy — described as “redolent of the sugar in alcohol and the wood of cognac barrels.”

After working in the perfume houses of Christian Dior, Paco Rabanne, Alexander McQueen, and Giorgio Armani, Hennessy launched his own 10-fragrance collection.

We like the cognac barrel-shaped fountain ($2,500) for refilling your perfume bottle. But what we like even more are these words of Kilian Hennessy:
“I conceived L’Oeuvre Noire with a quasi-Faustian ambience in mind. I wanted to cast a spell, like those that darkened Rimbaud’s spirit or conjured the witches in Macbeth.” Hennessy recently visited Saks Fifth Avenue at The Gardens on El Paseo in anticipation of launching the collection there this fall. Last Dance at Leisureland?
Leisureland, the midcentury modern Vista Las Palmas party pad of Hollywood Cookie Diet creator Jamie Kabler, went on the market for $1.3 million. The four-bedroom, four-bath property has a designer chef’s kitchen, den/media room, pool (with performance ledge) and spa, outdoor projection system and bar, as well as a larger-than-life statue of Hercules from the 1955 film Kiss Me Deadly, life-sized figures from the 1971 cult classic A Clockwork Orange, photography by Mel Roberts and Richard Avedon, and views of the San Jacinto Mountains. Scott Histed of Windermere Real Estate holds the listing.

Like Wine for Water
Destination Avannaa, a nonprofit business promoter in Greenland, is pushing for a Controlled Origin Designation (similar to the Appelation d’Origine Controlée for wine) to cover sources of water, especially iceberg water, which has become popular in the premium bottled water industry. Their hope is to establish the world’s first such designation before the end of the year. Sofa So Good
Palm Springs-based interior designer and furniture maker Christopher Kennedy debuted his new line of outdoor furniture, called The Hope Collection, at the 68th Annual Golden Globe Awards. The furniture was placed in the Give Back Holly Foundation’s Giving Lounge at London West Hollywood Hotel in Los Angeles on Jan. 13 and 14. The lounge served as a venue to raise money for the Children’s Miracle Network Hospitals.