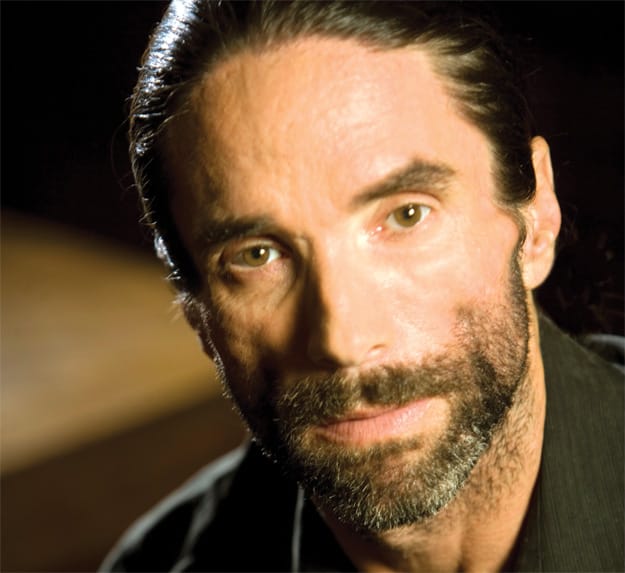 Veteran character actor and Palm Springs “weekender” resident Jasper Cole appears alongside Will Forte, Val Kilmer, Ryan Phillipe, and Kristin Wiig in the hard-R comedy-action film MacGruber, opening on May 21. Based on the Saturday Night Live skit that parodies the ’80s TV series MacGyver, the film has Cole playing Zeke Pleshette, Val Kilmer’s villainous right-hand man who plots to steal and detonate a nuclear warhead. They battle the bumbling MacGruber (Forte) throughout the film. We caught up with Cole while he was relaxing in the desert.

Tell us about MacGruber.
We probably all questioned how you take a two-minute sketch and make it into a movie, but it’s a clever script. [Director] Jorma Taccone and [Executive Producer] Seth Meyers were so excited every day. It was great to see their enthusiasm. There’s action from the opening scene. You kind of think, “This is a comedy?” It’s really funny — the perfect blend of action and comedy. Will Forte is hilarious. And Val is fantastic — very generous and funny.

What’s your favorite scene?
I have an amazing death scene — like something out of Reservoir Dogs. Zeke won’t be in the sequel unless they resurrect him from the dead.

Has MacGruber opened doors for you?
This is by far the biggest film I’ve worked on. I’ve already gotten meetings because of MacGruber. Acting is my passion, but I like writing and producing, too. I like creating.

When did you discover Palm Springs?
I’ve had my place in south Palm Springs for five years, but I’ve been in L.A. for 23 years and have been coming out here. I come Friday nights and go back on Mondays. I’m a weekender. … We have a beautiful mountain in the neighborhood; it looks like a backdrop that they’ll roll away. I do a lot of hiking and a lot of walking here. It’s such a friendly atmosphere. I’ve been able to visit neighbors [at their other homes] in Minnesota and Oregon.

Your favorite places to eat in town?
I usually stay close to home. I like Manhattan in the Desert, Elmer’s, and Dink’s.