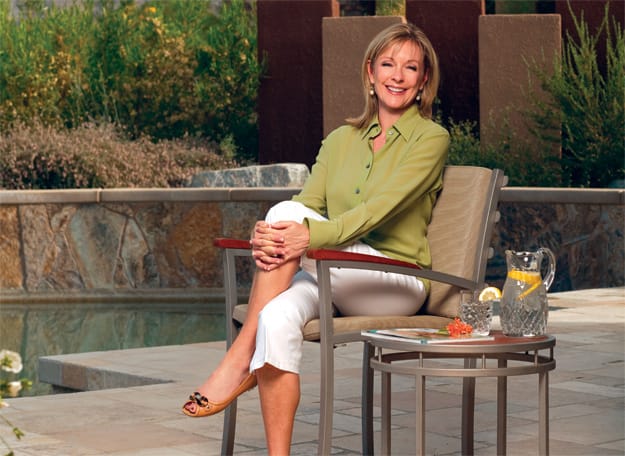 As the spa industry began to grow in the 1980s and early ’90s, Susie Ellis worked at the famed Golden Door spa in Escondido, supervised the development and management of the Golden Door Spa at Sea (the first cruise ship spa), consulted for spa start-ups, and became spa director of Donald Trump’s first spa at Mar-a-Lago in Palm Beach, Fla. In 2001, she and her husband, Peter, acquired SpaFinder Inc. and grew the company into the world’s largest spa media and marketing company. This spring, Ellis hosted the fourth annual Global Spa Summit, an invitation-only “think tank” for the spa and wellness industries, in Istanbul, Turkey.

Any idea how many spas you’ve visited?
When I became involved with SpaFinder, part of my job was literally “finding” spas. So it would not be unusual for me to visit three or four spas a day. I think that by now I have visited over 1,000 spas. While that may sound like a lot of spa-going, there are approximately 90,000 spas in the world. There are still a lot of spas I have yet to see!

If you had to select one spa in the world that really “wowed” you, which one would it be?
About seven years ago, I came upon The Kirana Spa — an outdoor day spa in the jungle of Ubud in Bali, where every guest receives a treatment in their own indoor/outdoor palace-like suite. While several therapists attend to your needs, the birds and monkeys of the jungle provide background music.

What created the greatest buzz at the Global Spa Summit?
The release of the latest research included findings that the wellness market is an almost $2 trillion industry. There’s a profound shift from the “sickness” model of traditional medicine toward a wellness model where people take greater responsibility for their health — and where the prevention of illness is key.

Where does the desert fit into the global spa picture?
The natural mineral springs that dot much of Desert Hot Springs and downtown Palm Springs are a huge advantage. Also, the availability of naturally cool, clean drinking water and the climate, which, for centuries, has drawn people with health challenges, are huge advantages. Add to this mix a very fine network of medical facilities and highly skilled doctors across a large variety of specialties and it gives this region a huge head start in medical and wellness tourism.

What is your favorite way to relax?
Nothing relaxes me more than lounging on a chaise in my back yard, overlooking the beautiful desert landscape, with no makeup on and no pressure to see anyone or be seen … reading a good magazine and relaxing into a short snooze.