Palm Springs and the Coachella Valley News and Information 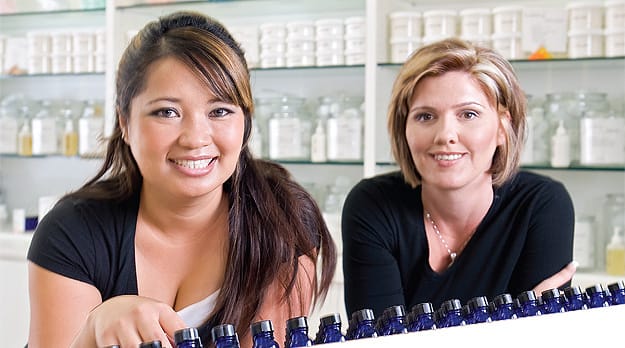 Your best friend likes the smell of figs and lemon verbena. You’re more a fan of pumpkin and patchouli. As different as your tastes for scents may be, you can both find nirvana at Bath Junkie, recently opened in Palm Springs.

Only the second such franchise location in California (the first being in Claremont), the Palm Canyon Drive store lets you choose from more than 200 aromas (including the intriguingly named Man Magnet and several designer-type fragrances such as Dolce Gabbana and Polo Sport). Pick one scent or a combination, then pick a color, and the Bath Junkie wizard will whip up a personalized lotion, body wash, salt scrub, oil, or other potion that smells as good as it feels.

Bath Junkie also sells glycerin and goat’s milk soaps by the slice, pet soap and dog cologne, and luxury bath products. Fortune-cookie soaps have been popular as wedding shower favors, and there are plenty of products for men (who may want to combine bay rum with dirt fragrance).

Palm Springs International Film Festival’s executive director sees a zeitgeist in the number of films the festival screens this month that have local connections. “I can’t think of a year we haven’t had one or two films with Palm Springs connections,” Darryl Macdonald says. “But this is the first year that we have had such a large number of them.”

By the first week of December, festival officials had confirmed eight entries in a new category dubbed Films From Here.

“There aren’t a lot of years a film festival would dream that it would present this number of locally connected films,” says Macdonald, who has worked with several festivals, including 30 years in Seattle, where a lot of filming takes place. “It would be a very rare year that we ever had five or more [locally connected] films. And Seattle has a larger film lineup than Palm Springs.”

Festival organizers take a particularly close look at films with local connections. “Although our aim has never been to preach to the converted, obviously the festival seeks out films that we know would be of interest to our audience,” Macdonald says.

That’s not to say that a local connection equates to an automatic pass into the lineup. “I think you can take any one of these films [that were selected] and they’d be seriously considered or played at any film festival anywhere in the world,” Macdonald says.

Adopt a Sailor, for example, has been shown in three other festivals. Nerdcore Rising screened at the South by Southwest Festival (where it was a hit), played at the Independent Film Festival Boston, and received a rave review in the Boston Herald. Visual Acoustics: The Modernism of Julius Shulman was lauded at the Los Angeles Film Festival.

“It’s really striking that, through sheer happenstance, we have this kind of critical mass of films connected to Palm Springs this year,” Macdonald says. “And it’s a happy coincidence, because it’s the festival’s 20th anniversary. I think it says something. I would hope that the festival over the course of 20 years has had some kind of effect on film-going habits in Palm Springs.”

A byproduct, he believes, is the number of films with local ties.

“What inevitably springs from [an interest in film] is a strong filmmaking community.”

Who knows? Perhaps Ron Howard, who is receiving the Director’s Lifetime Achievement Award at this year’s awards gala, will find the presence of Films From Here so inspiring that he’ll shoot his next film in the Coachella Valley. Frederico Fellini surveys a set for the following day’s filming of Satyricon in Rome, Italy (1969).
Photography by Mary Ellen Mark

While the rest of the world converts to digital imagery, famed New York photographer Mary Ellen Mark shoots only on film.

“I prefer the way film looks,” she says. “Photoshop should be identified as such, because it’s a different medium. I make my pictures when I take them in the camera.”

On Jan. 20, Mark will discuss her work at Palm Springs Art Museum as part of the Annenberg Theater Council Lecture Series. She’ll also show photographs from her new book, Seen Behind the Scenes: Forty Years of Photographing on the Set. The book, which covers the years 1968 through 2007, features images of filmmakers such as Frederico Fellini, François Truffaut, Francis Ford Coppola, John Schlesinger, and Tim Burton, as well as actors such as Jessica Lange, Nicole Kidman, Brad Pitt, and Marlon Brando.

“One of the ways I support myself is to work for film companies,” Mark says. “It’s like photographing in a museum. It’s like photographing someone else’s work, but it’s very interesting. I have learned a lot watching great people work.” Her latest on-the-set project is Burton’s Alice in Wonderland. “It’s a fantastic world he creates,” she says.

Not only does Mark shoot strictly on film, but also she shoots with a 20×24 Poloroid.

“It’s complicated, but it’s beautiful,” she says. Since the film is no longer made and each sheet costs $200, she says, “You have to be right the first time.” She has taken the large camera on travels across the country to shoot photographs for her next book on prom night.

“That’s my personal work,” Mark says. “I am really fascinated by people and reality.”

But she also enjoys the make-believe world of Hollywood. “Each of the film sets has their own particular style that’s really interesting,” she says. “I am so lucky to have had the opportunity to have had that as part of my work.” A Look at Movies

“Anybody who hears the perspective of the cinematographer sees things differently,” he explains. “They look for lighting, not computer effects, but subtle effects that really tell the story — methaphors and shadows.”

Kaminsky’s Cinematography Day took place for four or five years during the Palm Springs festival, as well as for three years at the Bangkok Film Festival. On Jan. 11, he leads an Annenberg Theater Council Lecture Series program titled Classic Images.

Kaminsky says the focus of the discussion will be on the creation of images and how they are conceived, not on after-filming manipulation. “I am keeping the emphasis on composition, lighting, and imagination, not technology,” he says. “The same people that saw [designer] James Galanos [talk at the museum in October] will go,” Kaminsky says. Though Pegasus may be the only horse with wings, hunters/jumpers take to the friendly skies to compete in shows such as HITS Desert Circuit beginning this month in Thermal. With more than $2 million in prize money at stake, riders in Mexico will pony up some $9,500 (round trip) for their horses to fly to Los Angeles.

Bastian Schroder, owner of Horse Flight in Califon, N.J., says there are three U.S. ports of entry for horses: Los Angeles, Miami, and New York (JFK airport). KLM Airlines flies a 747 that can hold up to 21 horses from Europe to the East Coast and has grooms on staff to accompany them. Schroder provides grooms for charter flights from Mexico. Some horse owners may want personal grooms flying with their trusty steeds, but they must be accredited and go through a background check for charter flights in which they may be sitting in jump seats.

Horses typically handle flying with aplomb, though takeoffs may get their attention. “They look at you, ‘What’s going on?’ They level themselves out,” Schroder says. “They actually cope with it quite well.”

Like humans, they experience jet lag on longer flights. But they are in quarantine for three days, so their body clocks have time to adjust before they compete. Unlike human passengers, they receive plenty of nourishment (hay and water) to last the entire flight.

However, there’s no in-flight movie.

“That’s what the groom is there for,” Schroder says, only partly joking. “He’s got to entertain the horses.”

King Dragon, The World of Bruce Lee by Norman Borine has been expanded and republished by the late author’s nephew, Bill Borine of Palm Springs. Originally published in 2002, the new edition (Fideli Publishing) includes more photographs and a trivia section. Norman Borine founded the World of Bruce Lee Museum in Hollywood before moving to Palm Springs, and 10 percent of the profits from book sales benefit the Bruce Lee Foundation. The book is sold at www.bruceleekingdragon.com, by the publisher (www.fidelipublishing.com), and locally at Just Fabulous in Palm Springs.

Robin Maxwell of Pioneertown has completed her seventh novel of historical fiction. Released this month, Signora da Vinci (New American Library) tells the story of Leonardo da Vinci’s mother, who bore her illegitimate son in Renaissance Italy. Told from the first-person perspective, the novel follows da Vinci’s mother to Florence, where she masquerades as a man and becomes involved with Lorenzo de Medici. Previous novels by Maxwell have covered the lives of Anne Boleyn and Queen Elizabeth I.