PLEASE KILL ME: The Uncensored Oral History of Punk 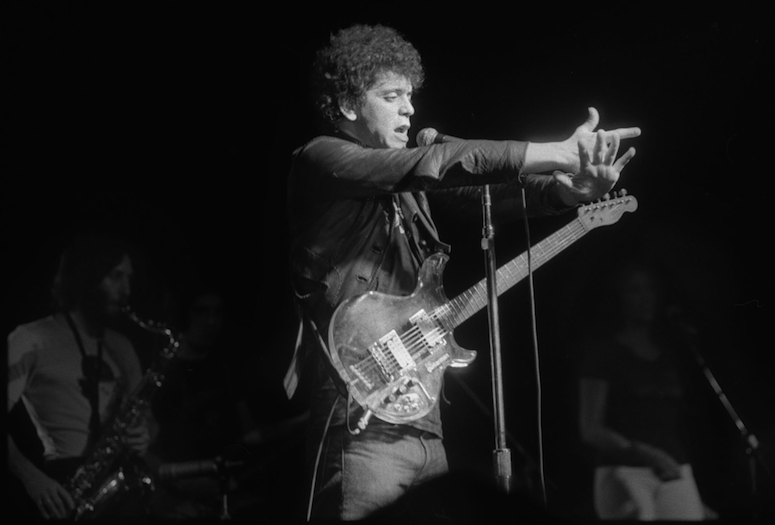 Author Legs McNeil calls Lou Reed, pictured here in 1978, "the most influential artist of my generation."
PHOTO BY THOMAS HEARNS

Shocking. Honest. Funny. Real. All words used to describe some of the punk music era’s most illustrious interviews from some of its most infamous characters. The Ramones. Iggy Pop. Patti Smith, Debby Harry. Richard Hell.

As one of the founders of Punk Magazine (among his many credits), music journalist, Legs McNeil lived the punk culture to gain an insider’s view and share “his own emotional reality” with the world. Introduced by mutual friends, he joined author Gillian McCain to co-edit the book, PLEASE KILL ME: The Uncensored Oral History of Punk, to illuminate the backstage details and as McCain reflects, “to partly, live through that era that I was too young to experience.”

The duo’s efforts produced a tome that quickly became a cult favorite and one of the most referenced authorities on punk music.

PHOTO BY THOMAS HEARNS
Joey Ramone of The Ramones with Legs McNeil in 1978.

The Ace Hotel & Swim Club in Palm Springs (“which cites punk amongst its influences”) will feature both McNeil and McCain as guests of honor to celebrate the 20th Anniversary. The Ace, known for its unique embrace of pop culture, music, and history, seems the perfect backdrop to host the “Please Kill Me” book tour at 6 p.m. July 30 in the Amigo Room.

McNeil and McCain concur, the event in Palm Springs will be, “A lot of fun. There will be DJ’s and dancing to blow out the town. They thought the Truman Capote Black and White Ball was amazing… wait til’ the “Please Kill Me” 20th Anniversary Party rocks at the beautiful Ace Hotel in Palm Springs!”

Please Kill Me: The Uncensored Oral History of Punk (Grove Press) was released in 1996:

• It was A Time Out and New York Daily News Best Book of the Year in 1996.
• It has been published in 12 languages and is still in circulation today.
• The book marks its 20th Anniversary in publication this year with an updated edition and new photos.

Ironically, according to McNeil, “I never thought it would sell. Why should it have sold… no one cared about punk (at the time of publication) …that’s why they (the artists) spoke so freely.”

McCain adds, “I was more confident.”

And now? McCain says, “I’m amazed what the book has done for the people in it and their careers. There is nothing I regret. I’m still proud of it.”

Legs adds, “I wish all the heroes didn’t die….”

As the legacy of punk continues, Legs says, “I think that’s what’s great about the book…punk is a right of passage for many kids.”

PHOTO BY THOMAS HEARNS
Johnny Ramone of The Ramones in 1976.