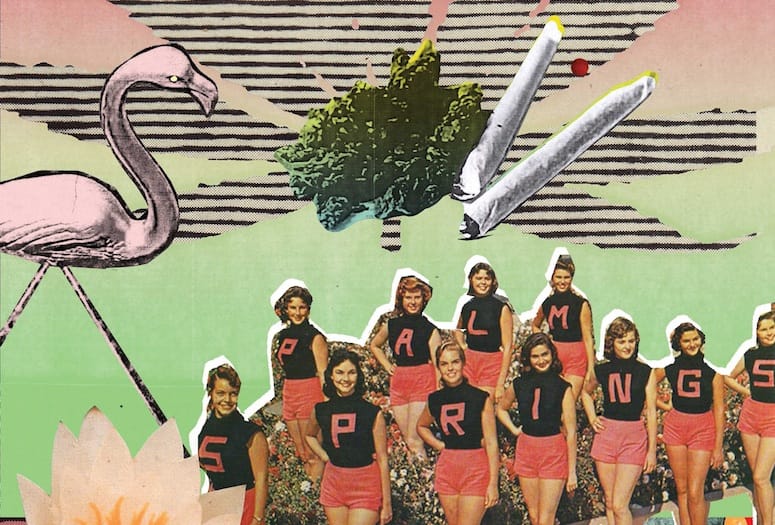 In 2002, David Webb left Michigan for California — in part, to live in a state that had legalized the medicinal use of cannabis. Three years ago, when the pain and tingling of his neuropathy had subsided, he stopped smoking marijuana. Now he’s in the right state for business reasons.

Under the company name Pot Rocks, Webb and a partner make concentrated cannabis-infused products that they sell to Coachella Valley marijuana dispensaries. A “resource center” that Webb opened in 2012 in downtown Palm Springs served as his steppingstone from consumer to manufacturer.

“I wanted to spread the word about the benefits of cannabis,” he says of the center. “I saw people opening dispensaries, but there wasn’t a platform where you could get good, real information.”

Webb’s Indian Canyon Drive venue included a library/lounge and store with books and videos about cannabis. It also presented classes and lectures and discussions by doctors, lawyers, and authors knowledgeable about the industry. Although no marijuana was on site, local law enforcement scrutinized the center.

“They policed it pretty heavily,” Webb says. “If you were in the cannabis industry, you were scarlet lettered. I was looked at the same as if I was dispensing the product.”
As an owner of West Coast Cannabis Club in Cathedral City, Kenneth Churchill falls squarely in Webb’s “as if” world of perceptions.

“You start as an operation that people see as illegal and you have to justify yourself as a lawful business person,” he says. “Every step of the way, you pay a premium in rent, taxes, and attorney costs. Everything you do costs more just because you are a cannabis business. It’s difficult when every dollar is a dollar-and-a-half because of the industry you are in.

“If businesses aren’t allowed to thrive, you just go back to the black market. We are trying to legitimize the industry,” Churchill says of himself and others in pole position on the weed industry track. 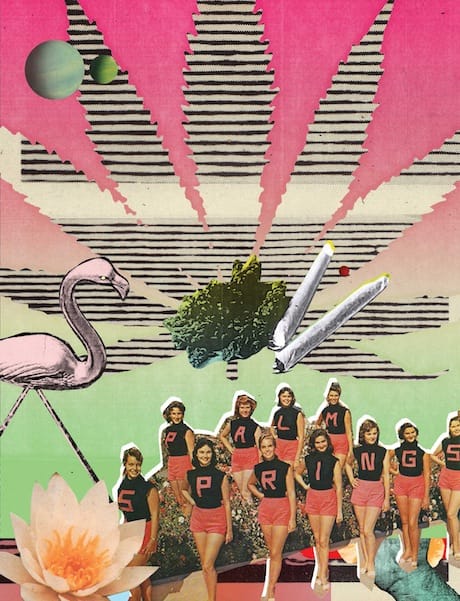 Churchill says that perception presents one of the biggest challenges facing the cannabis businesses. There’s a close-second issue: banking.

“Banks aren’t in the business of taking risky moves, and they consider [cannabis] risky. We are almost entirely a cash industry, and that’s not safe or fair,” he says, adding that he even has to walk into city hall to pay taxes in cash.

“We get all the bad things of a nonprofit and none of the benefits,” Churchill says. “Not one person I talk to, including attorneys, says this makes sense.”

Whatever hurdles California cannabis entrepreneurs face, they can derive satisfaction from the support of a majority of the state’s citizens, as evidenced by the passage of Proposition 64 — which takes effect Jan. 1, 2018 — legalizing recreational adult use of marijuana.

Ironically, Churchill came to California from Colorado, the first state to open recreational pot shops in 2014. He moved to San Diego to escape snow-laden winters, transferring within the Chipotle restaurant chain before deciding he was “working a lot of hours for not enough pay.”

Three-and-a-half years ago, he entered the cannabis industry with friends. While operating a delivery service in San Diego, they spent their first nine months in business “trying to find a city where we could have a dispensary — to call home,” he says.

Like Webb, Frank Biello became a marijuana advocate based on personal experience. An undiagnosed gluten allergy left him sick for months — until he discovered that marijuana relieved his symptoms. In January, after five-plus years as a real estate agent and chef, he started Left-Handed Infusion, a catering company that serves sushi infused with cannabis purchased by clients with medical marijuana prescriptions.

“I saw it as a nice little niche that nobody was into yet,” he says.
Although he operates on the periphery of the cannabis industry, Biello nevertheless faces a challenge that others in the food industry don’t: restrictions on promoting his cuisine. 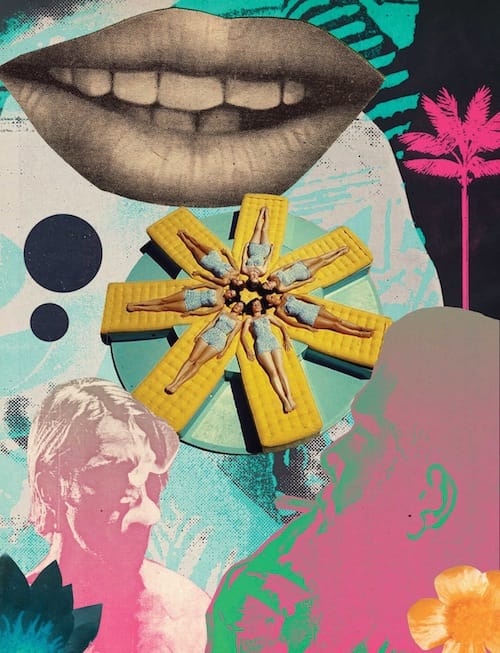 “Facebook doesn’t allow cannabis advertising. I have had posts that got rejected. Instagram is the only social media that allows it,” he says. “Just finding clientele is difficult. I am advertising mostly in dispensaries and by word of mouth.”

Biello would like to open a small restaurant in which he can serve cannabis-infused sushi. But like Webb and Churchill, he sits in the pit lane, awaiting word from the state on the regulations that will govern cannabis-related businesses when recreational retailers begin to emerge. His backup plan is to offer to-go items at dispensaries.

“If the law comes through the way we expect, it wouldn’t change what I do, but it would open up my services to more clients,” Biello says, noting his operation will be streamlined when he can purchase cannabis directly. If he delivers to dispensaries, he’ll need a catering license and health department–approved kitchen. Meanwhile, he has participated in events such as April’s CannaSpa for Lupus Support.

In the same vein as Biello, Webb has notched out a niche by creating a product that is strain specific, organic, pesticide free, and without artificial flavorings. He has been working with a Cathedral City–based cultivator, but has taken the next logical step.

“I have been in touch with Desert Hot Springs and Coachella to come out under our own license,” he says. “I am trying to find the right-size building. Most people are going very large. I don’t need all that extra space.”

Someone in Long Beach offered him a space, which he considers a backup plan. But, he says, “My home is in the Coachella Valley. I am focused on Coachella. I have met with people from the city, and they seem to be very open.

“You introduce yourself to the city council and let them know your intentions of relocating and what your use and need is going to be — whether you want to open a dispensary, cultivation facility, or manufacturing.”

Most cities allowing cannabis businesses are using them as an opportunity to develop industrial areas in “undesirable pockets of their towns,” Churchill says. “It can’t be overstated that you don’t get to choose locations in this industry. Cities very, very gradually move forward with these things. There’s no point in saying, ‘I want a location in [this or that city].’ It could be a decade before that city accepts [dispensary] applications. Most of my time is spent with my Excel spreadsheet of projected markets in Southern California, reaching out, talking to city councils, and seeing how people feel.

“There are instances in which a city council is open to dispensaries, but property owners are not, so that does you no good,” he continues. “There are cities where property owners are all about it, but the city council has no interest in dispensaries. And there are cities where both want to move forward but local businesses are scared about the impact it will have from safety and economic standpoints. They have a lot of questions, which is fair. It’s new to a lot of people.”

“If the law comes through the  way we expect, it wouldn’t change what  I do, but it would open up my  services to more clients.”Frank Biello, Left-Handed Infusion

Locally, Desert Hot Springs sped to an early lead after California legalized the medical use of marijuana in 1996.

“We became one of the first cities that had all our ducks in a row,” Mayor Scott Matas says. To help craft an ordinance, the city reached out to cultivators, resulting in the Desert Hot Springs Cannabis Alliance Network, which promotes its hometown at cannabis-related conferences.

“Our biggest challenge is bare land,” the mayor says, noting the need to build power and sewer infrastructures for businesses. “So we have to entice people with how friendly our city is and how we are working toward making it easy for them.” 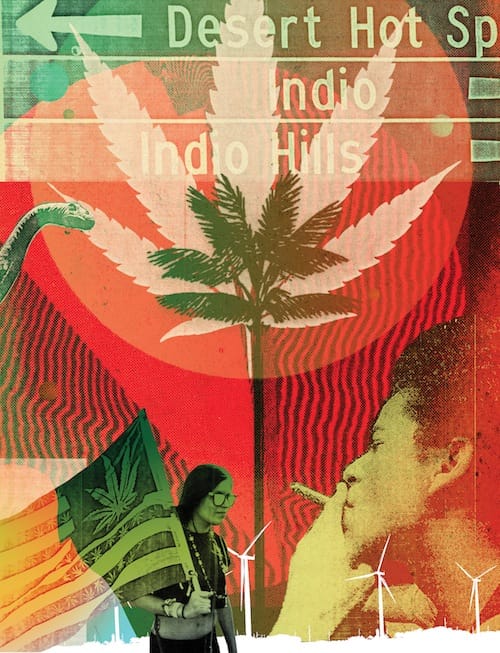 Desert Hot Springs closed dispensary applications years ago. Seven are operating and another four have been approved. As for cultivation, the city has three facilities in operation, 32 have been approved, and 18 are in the development-review process.

In the East Valley, Coachella caters to cultivation operations, allowing them in light industrial zones of at least 30 acres. Del-Gro Inc. has been functioning with a temporary building permit in an industrial park development; a half-dozen other cultivators are approved or pending.
In June, the city council directed staff to draft an ordinance allowing the operation of up to four dispensaries without delivery services.

“Demand [for cultivation and manufacturing space] is so high that they are pretty much taking over industrial land in the city for the development of industrial parks,” says Luis Lopez, development services director.

“Within the industry you have the  very covetous and the competitive.  And then you have the opposite end of that scale: extremely helpful and friendly.”

Cathedral City, which has 11 dispensaries and two cultivation facilities, accepts only applications for medical-use dispensaries north of Interstate 10.

“The city will take steps over the next few months in determining how best to implement policies related to recreational marijuana use, sales, manufacturing, etc.,” says Chris Parman, the communications manager. “It will do so by attempting to keep a balance between an emerging industry that has the potential of generating significant revenue for residential services while maintaining a diverse business community that meets the broader needs of our residents and visitors.”

Palm Springs has six dispensaries, but will accept applications for any type of cannabis-use business later this summer, according to City Attorney Edward Kotkin.

“We are taking time-aggressive action to facilitate the beginning of cultivation, testing, manufacturing, and other cannabis-related activities,” he says. “We hope to attract the very best companies and intend to create a terrific business climate for them. Our existing dispensaries also can pursue cultivation and other operations on an expanded basis.”

As for the climate between cannabis operations, Webb says, “Within the industry, you have the very covetous and the competitive. And then you have the opposite end of that scale: extremely friendly and helpful. For the most part, local dispensaries have formed relationships with particular growers.”

“It’s an industry that’s as diverse as any other,” Churchill notes. “Some business owners are trying to expand in multiple locations. Some are just trying to get rich and get out as fast as they can. It’s still so new that everybody is focused on operating their own business rather than getting overly worried about what others are doing.”

Despite the fact that cannabis businesses share vendors, he adds, “It doesn’t do a whole lot of good to partner with them when you don’t know their long-term plans.”

In fact, it’s difficult for businesses to project where they will be down the road when the industry itself is in flux.

“We still don’t know what the [recreational use] law will look like,” Churchill says. “Everything at this point is 100 percent assumption.”

As Jessica McElfresh, a San Diego–based lawyer specializing in cannabis law, points out, “Each and every local government can decide under Prop 64 what use of land they allow. They don’t have to allow it. They don’t even have to talk about it, though most choose to. It’s an evolving picture.”

In April, Gov. Jerry Brown proposed in his budget trailer bill that the state Legislature adopt policies to streamline cannabis regulation. Whether dispensaries will be able to offer cannabis for medical and recreational use in the same location is in question. The federal position is also unclear.

“We will apply for recreational, adult use in 2018 no matter what,” Churchill says. “Hopefully, that will allow us to keep medical and add recreational marijuana to the store. We will at least be recreational.”

Either way, McElfresh says, Churchill and his peers are going to have to adjust to the state’s tracking system. “They will have to get used to new rules regarding packaging and labeling and a more regulated supply chain,” says McElfresh. “Most people are very excited about these changes in principle and concept. It’s just a transition to adjust.”